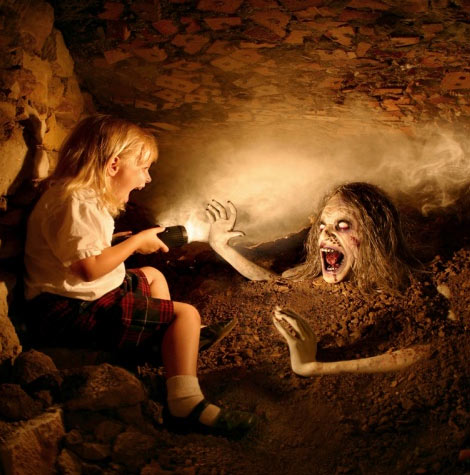 For those in a Halloween Legal Ethics mood, I will be presenting a special Halloween edition of Ethics Rock tomorrow at 9:00 am, for the New State Bar Association. The great Mike Messer will be singing my legal ethics parodies of pop songs with a Halloween flair. Here’s the parody of “The Monster Mash” (by Bobby Pickett) telling a version of the story all law students cover in their ethics classes, the famous “Dead Bodies Case,” from New York…”The Mobster’s Trash”:

He confessed to killing a famed playwright

A missing person and a fortune’s heir

“Want to see his body? I’ll show you where!”

It was a body stash!

It was his trash!

The body’s throat had been slashed

Tony found himself suspected of the murder but

There wasn’t any evidence that seemed clear-cut

The playwright’s daughter came to me and begged

Could I tell her I saw her Dad’s head crushed like an egg?

Where her Dad’s corpse was stashed!

And his head had been bashed

It was the mobster’s trash.

Then Tony went to trial

I kept his secret all the while!

But under cross examination

Tony confessed and with a smile.

He said he killed the playwright and that he was glad

The guy owed lots of money, which made Tony mad

And worst of all, that playwright’s plays

Were derivative, self-indulgent and ran on for days!

So he got trashed!

Thrown in the mobster’s trash!

Where bodies all got stashed

The playwright’s skull had been smashed

It was the mobster’s trash.

After Tony spilled the beans I admitted to all

I had seen the dead playwright, but made the call

And not just because I could end up there…

In the mobster’s trash!

Cause my  throat would be slashed

I’m not that rash

To risk the mobster’s trash

Well they charged me with not handling a body right

And my law practice dwindled, almost out of sight

As for all you reporters, I’ll answer your quiz

But  don’t you dare ask where Jimmy Hoffa is!

In some mobster’s trash!

First he got smashed

And he was trashed

Yes he was trashed

They made him mobster trash.

1. This slippery slope leads right to the cancel bin for every jurist and politician of the 18th, 19th, and much of the 20th Century. Rutgers University Board of Governors approved a resolution October 6 to strip the name of Joseph P. Bradley from “Bradley Hall,” which houses two academic departments, a learning center, theater and campus post office.

Bradley, who graduated from Rutgers College in 1836, was appointed to the U.S. Supreme Court in 1870. In 1971, the Board of Governors approved naming the building after Bradley, but that was before the culture decided that any prominent figure who hadn’t anticipated 21st century race cant and women’s rights orthodoxy had to be a vile and evil person, unworthy of honor. Bradley’s discredited views were especially noxious to students who had the benefit of more than a century and half of history and debate as he expressed them in two opinions. In 1883, he declared the first two sections of the Civil Rights Act of 1875 “unconstitutional.”

The law would have outlawed discrimination against African Americans in restaurants, public transportation or other private establishments. Bradley argued, however, that such protections do not apply to private businesses, only the actions of state governments, arguing that to “deprive white people the right to choose their own company would be to introduce another kind of slavery.” In 1872, Bradley backed the Court’s decision in Bradwell v. Illinois, finding that the Illinois State Bar could deny a qualified woman a law license because she was a woman. Bradley argued that the right to practice law was not constitutionally protected under the Fourteenth Amendment. He also pointed to “the laws of nature,” arguing that women have a responsibility to care for their families, as the “timidity and delicacy which belongs to the female sex evidently unfits it for many of the occupations of civil life.…The harmony, not to say identity, of interest and views which belong, or should belong, to the family institution is repugnant to the idea of a woman adopting a distinct and independent career from that of her husband,” Bradley wrote.

2. When you can’t get the policies you want using democracy, then default to extortion. Got it. The NAACP sent a two-page letter to the MLB, NBA, WNBA, NHL and NFL players’ associations officially asking players to not sign with Texas sports teams due to the NAACP’s disagreement with Texas lawmakers and the public that elected them. “If you are considering signing in Texas, I ask you to ensure that owners are upholding their responsibility of protecting you, the athlete, and your family,” the letter states. “I ask you to use your influence to help protect the constitutional rights of each individual at risk.”

NAACP president and CEO Derrick Johnson signed the letter, pointing to the controversial abortion law (which they won’t wait to have it ruled unconstitutional, as it surely will be, and as our system allows. Extortion is better.), new voting rights laws that dare to require secure ID at polls, and a lack of mask mandates and vaccine requirements. Mask and vaccine mandates? How does that work into the NAACP’s mission? It doesn’t, of course. The organization is now just a Democratic Party tool.

3. About that stupid map…I’m sure you’ve seen this by now: 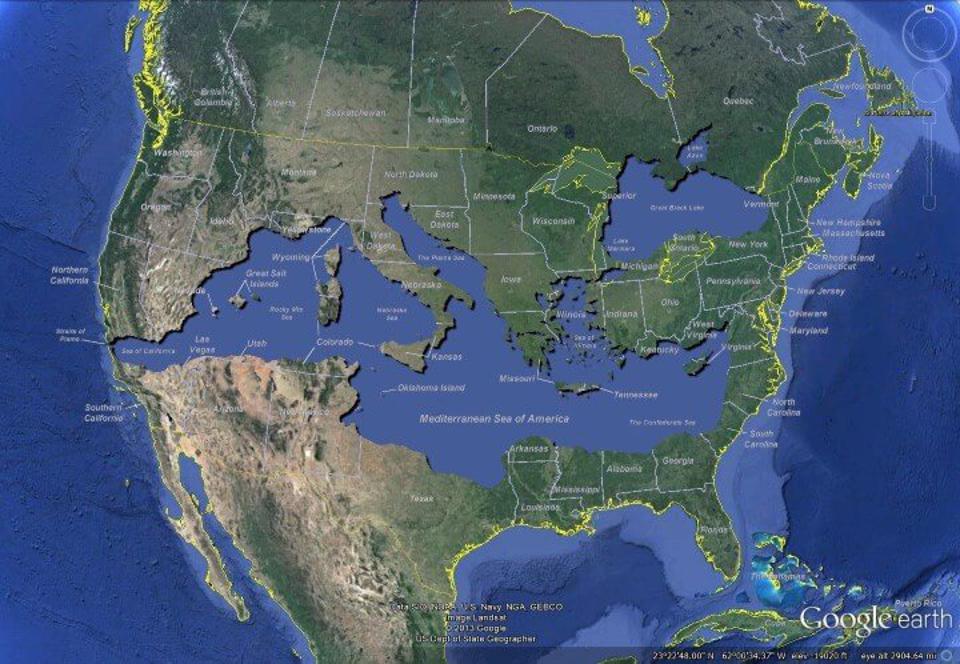 It was purported to be projection of what the U.S. might look like after climate change does its worst. Of course, anyone with two brain cells to slap together would instantly know that it was pure satire, but Forbes headlined a breathless story about it, “Climate Change” Map Trended On Twitter – Example Of How Misinformation Can Easily Spread.” Yeah, it can spread when enough people are gullible fools. ALL climate change projections are a form of misinformation, because they are used to cause panic based on the intellectually inert’s certainty that a projection well into the future based on multiple variables will happen, when in fact nobody knows whether it will happen or not.

4. Incompetence, thy name is Guardians, or something. Maybe not. The Cleveland Guardians, a co-ed roller derby team, sued the former Cleveland Indians this week in a legal fight over its name and trademark. The suit in U.S. District Court in Cleveland seeks to stop the Major League Baseball franchise from using the Guardians’ name. Before announcing it’s new name, The Ex-Indians somehow ignored that fact that the owners of the clevelandguardians.com domain as well as the social media handle @ClevelandGuardians on Instagram and Facebook belonged to another organization. There is also a pending trademark claim on “Cleveland Guardians” going back to last year which predates the team’s application from over the summer.The lawsuit said that the baseball team low-balled its offer to purchase the name, and they weren’t going to be suckers. It also said, “It is inconceivable that an organization worth more than $1billion and estimated to have annual revenues of $290 million plus would not at least have performed a Google search for ‘Cleveland Guardians’ before settling on the name, and even a cursory search would have returned Plaintiff’s website as the first ‘hit.’’”