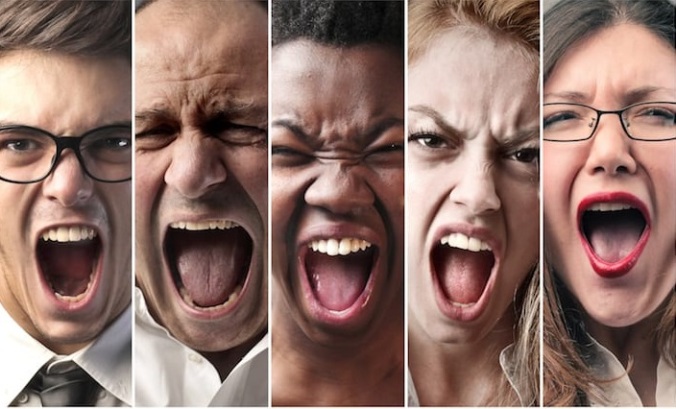 Today I received two comments from an aspiring participant here called “snowflake.” They are really a single comment submitted in two installments. The topic was this post, about the weenie professor who grovelled an apology for daring to show Sir Lawrence Olivier’s screen performance of “Othello” in a class for discussion purposes.

WOW! Do better? Black face was a highly respectable and noble thing? Your disgusting. if you think for ONE second that black face in Othello is not because they didn’t want to hire a black actor then your greatly confused. You guys are all hiding behind this mask of being some pompous intellectual as you ignore the facts. You were NOT there, black face is immoral and racist, and Othello could be played by a white man without needing to smear black paint on his face to imitate a different race. Black people face many different forms of discrimination and a white person playing a black mans role, and slapping on some black face paint to play a struggling black character? and your saying a white man was genuinely the best candidate to portray the pain and struggle of a black man. theres no thesis or theory’s here, its the facts that all of these comments reflect a bubble of WHITE people who are hiding behind intellectualism to cover how racist all of this is. I asserted that white characters cant put on BLACKFACE to play other characters and when the characters story line is mainly based around there race (which most non white characters in Shakespeare are). Hire an actor from that race instead of perpetuating the predominantly white theater industry. OR just don’t have them smear makeup imitating racial features that people were killed and mocked for not fifty years ago. On the other hand white characters often have storylines that have little to do with they’re race so it makes sense that other races can fill those roles (WITHOUT WHITE MAKEUP I MIGHT ADD???). The reason I repeated the same thing over and over is cause somehow the points been lost on you GEEZERS but ill spell it out. a mass majority of the black community has expressed a discomfort with blackface in ANY depiction. A discomfort all you commenters as white people HAVE NOT experienced. For you to sit here and tell black people they’re soft for not wanting something that DID originate from deep slavery to return. and for you to act like what hollywood needs right now is more white actors playing the roles of poc is beyond stupid. no matter how many texts you reference or unrelated contexts you use nothing can hide how racist all of this is. also the movie came out 10 years after the jim crow era. they’re fully connected and you continue to echo white voices as you point fingers. I’m the only commenter here who has an issue with blackface. You know this isn’t the consensus if you were to walk down the street asking people if they agree with black face. You’ve sought out an echo chamber and then have the nerve to tell the one person that disagrees that they don’t know what they’re talking about. when all of this is about a PRIVATE school miles away you don’t attend. We can agree to disagree, i think your racist, you think your some misunderstood intellectual. But I’m lazy and need to do better for trying to teach you hags how racist and biased this whole thread is? I can guarantee our society is not moving towards finding black face being acceptable and you all know it. So you can hide in these comment sections while I will continue to have a clear conscious and be able to openly express how racist black face is. this is a racist think piece based of a liberal school article where the students who PAY for a private education requested that black stereotypes and cartoonish depictions not be dignified or given a devil’s advocate. but somehow that got lost on all of your thick skulls.

Should I allow this unmannerly rant out of moderation?

My usual practice is not to do so, when I am confronted with comments like this. The only reason I am tempted is that ripping the comment to shreds would be fun, since it teems with bad arguments, logical fallacies, rationalizations and misrepresentations of what I wrote (I have never claimed that blackface was “highly respectable and noble,’ for example. The screed also violates several standards articulated in the commenting rules (which were just revised).

I am also suspicious of comments this carelessly written I make more than my share of typos, but entering “your” for “you’re” repeatedly is a tell, as is the persistent lack of uppercase letters when they are required. The post relies heavily on insults, including ad hominem attacks, and substitutes emotion for facts. Most of all, everything about the comment indicates that I would have to ban the commenter eventually anyway. I want to keep the level of discourse here high.

Of course, I am also sensitive to accusations that Ethics Alarms is nurturing an “echo chamber” and discouraging dissenting views. Do keep in mind, however, that if I alter Ethics Alarms standards to permit this comment, I will have to post others like it, and believe me, there are a lot of them.

68 thoughts on “Ethics Quiz: Welcome To My World!”