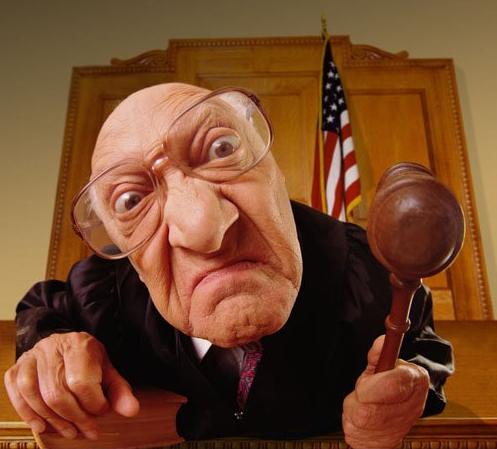 To be accurate, I do not think there’s any “might” about it. Let’s all be grateful Judge John McBain of Jackson County, Michigan isn’t a black woman, or he might be on the Supreme Court before you know it.

Yesterday Ethics Alarms noted (Item #1) a reversal in Ohio of a case where a woman had been convicted of raping herself, or something, as a way to maximize the penalty for her revolting abuse of her own son, whom she forced to “rape” her with a foreign object. Incredibly, the appeals court had upheld the conviction despite the fact the law simply didn’t support it. (I didn’t mention this, but the prosecutors were unethical to indict her when the law as written didn’t apply.)

Something is apparently “going around.”

Judge McBain twice sentenced a defendant as if she had been found guilty of first-degree murder. Dawn Marie Dixon-Bey fatally stabbed her boyfriend on Valentine’s Day in 2015, but was acquitted of premeditated murder, and was only found guilty of second-degree murder by the jury. That meant that the judge could sentence her to as much as 20 years in prison, but no more according to sentencing guidelines. Verdict? What verdict?

Judge McBain behaved as if the jurors had found Dixon-Bey guilty of all charges. He said from the bench that she committed “a cold blooded, premeditated stabbing,” even though premeditation wasn’t proven. The first time McBain sentenced Dixon-Bey to 35 to 70 years in prison after saying she “brutally murdered” the victim “in cold blood,” the appeals court vacated the sentence. After it sent the case back to McBain for a sentence that complied with the limits for second degree murder, he sentenced her to 30 to 70 years in prison again.

A clearly annoyed Michigan Court of Appeals said in part in a Feb. 1 decision while slapping down the rogue judge once again,

…It could not be plainer that the jury acquitted defendant of first-degree murder because it found that the element of premeditation was not established,” the “The trial court’s upward sentence departure based upon its finding of premeditation and deliberation, contrary to the jury’s verdict, was an abuse of discretion and a willful violation of controlling precedent from our Supreme Court…If a trial judge is unable to follow the law as determined by a higher appellate court, the trial judge is in the wrong line of work….The trial court’s abandonment of impartiality and unwillingness to follow the law would be bad enough, but the trial court also went so far as to state on the record, “And they want another Judge to do it again and maybe they can convince some Judge that, oh, I should get only 12 years for a second-degree murder when I stabbed somebody in the heart twice.” This statement further reflects the inability of the trial court to conform its rulings to the law, and the appearance of justice can only be preserved by reassigning this case on remand.

5 thoughts on “A Judge Who Might Be “In The Wrong Line Of Work” [Bad Link Fixed!]”