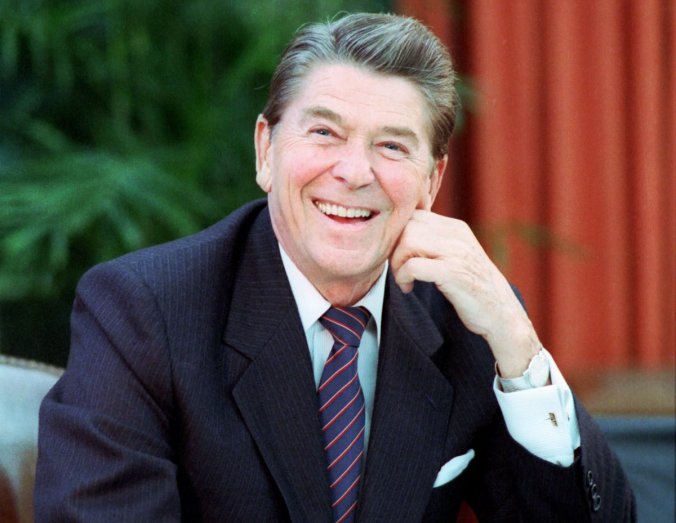 In case I haven’t been sufficiently clear, the same ethical principle that I spent four years insisting on during Donald Trump’s administration is equally important during the Biden Administration. Every President, and hence the Office itself, deserves and needs a modicum of respect and deference, or our system doesn’t function. In turn, every President has a duty to work to keep the office respectable by his demeanor, words, appearance and conduct.

Virulent partisanship makes the first requirement unattainable in sufficient degree, and the unavoidable pay-back that any Democratic successor would receive from those who—legitimately—resented the absolute refusal of the “resistance,” Democrats and the media to give Trump the shred of a chance before burying him in ridicule and hate has pushed abuse of the office below levels from which it is unlikely to be able to recover.

I thought the American Presidency was on life support after the destructive parade of LBJ and the hate directed at him over Vietnam, Nixon and Watergate, Ford, whom pop culture treated as an unprecedented boob, and Jimmy Carter, whose disastrous idea of the Presidency was to pretend not to be a leader. Then, as has so often been the case, the exact right type of President for what ailed the nation and the position showed up. Ronald Reagan played POTUS beautifully, and restored the office, substantially though not completely, to its previous iconic status. I’ll never forget that hard-line Democrat and the chief lobbyist for the American Trial Lawyers Association while I was there, who hated Reagan’s policies, telling me, “If his policies weren’t bad enough, he also knows exactly how to be an American leader, damn him.”

Ronald Reagan left the Presidency in far better shape than he found it.

“The Challenge invites participants to complete a syllabus of 21 short assignments (typically taking 15-30 minutes), over 21 consecutive days, that include readings, videos or podcasts. It has been intentionally crafted to focus on the Black American experience. The assignments seek to expose participants to perspectives on elements of Black history, identity and culture, and to the Black community’s experience of racism in America. Even this focus on Black Americans cannot possibly highlight all of the diversity of experiences and opinions within the Black community itself, much less substitute for learnings about any other community of color. This syllabus is but an introduction to what we hope will be a rewarding journey that extends far beyond the limits of this project.”

2. There appears to be a vetting and hiring competence problem here. Just one more news item that reminds me how glad I am that we home-schooled our son after two private schools and one public school revealed their incompetence. It is so disgusting even I couldn’t post the details.

3. This, on the other hand, is just disgusting enough that I will post details. Ian Bassin, a former associate White House counsel (read what he wrote, then guess which White House) reviews two books predicting another Civil War. His review contains multiple tells that make it clear that his perspective is biased and partisan:

According to recent polling, only one-third of Republicans say they’ll trust the results of an election their candidate loses. With a strongman-in-exile who’s already got one violent insurrection under his belt actively stoking those dynamics, Walter’s concentration on extremists like the neo-Nazi Atomwaffen Division feels like a distraction.

“Strongman-in-exile!” This is the “Trump is Hitler” Big Lie on steroids. He’s a defeated President that his political foes are working overtime to convict of something, anything, to remove him from their path, and that the news media can’t get over the habit of putting everything he does or says in the news. And, naturally, we have the “insurrection” narrative. If it weren’t for Ethics Alarms duties, I would stop reading any screed that resorts to that.

After all, we recently did something few countries ever do: turn an autocrat out of office. The reality is that the threat has shifted. At the state level, legislatures are changing election laws to make a future coup more possible. At the federal level, the autocrats are storming government buildings from without rather than commanding them from within.

Based on what he did, not what he said or said he would like to do, Trump is less of an “autocrat” than Biden, Carter, Lyndon Johnson or JFK, with fewer Executive Orders per year than any of them. He was declared a “dangerous autocrat” before he ever took office, and the rest was confirmation bias. And what “autocrats are storming government buildings from without”? If the reviewer is talking about that single “insurrection” again, “are storming” is deliberate deception. If he’s talking about Black Lives Matter…never mind. You know he isn’t.

How do adding measures that make voting more secure by eliminating such invitations to election-fixing as drop boxes and ID-free voting “make a future coup more possible”? Bassin doesn’t say, because he can’t, and doesn’t need to. He knows the Times Book Review readership: comforting Big Lies that demonize Republicans are enough. Facts don’t matter.

4. While we’re at it...here’s another example of the stealth propaganda indulged in by the Times. A Business news article about Trump’s new social media project, “Truth Social,” contains this paragraph:

If and when it does open its doors, Mr. Trump’s app will be the newest — and most conspicuous — entrant in the tightly packed universe of social media companies that have cropped up in recent years, promising to build a parallel internet after Twitter, Facebook, Google and other mainstream platforms began to crack down on hate speech.

Oh, is that what those platforms did that madeconservatives angry? They cracked down on “hate speech,” which as all good Times readers know, is what those racist rednecks and xenophobes who don’t vote Democratic love, right? So when Twitter and Facebook censored the accurate news stories about Hunter Biden’s laptop and its very suspicious emails during the final lap of the 2020 Presidential campaign, it was blocking hate speech? When Facebook banned links to Ethics Alarms for two years because I wrote a legitimate case that Fred Astaire wasn’t using Bill Robinson make-up to denigrate blacks in “Top Hat,” my post was “hate speech”?

5. And speaking of social media, Twitter strikes again!  I tell my legal ethics seminar participants to stay off Twitter because it lowers lawyer IQs. No example is more striking that retired Harvard Law School legend Larry Tribe, whose score has been in a nosedive ever since he started posting his far, far Left conspiracy theories and other partisan ramblings on the platform. Based on his latest Twitter Travesty, I think the once brilliant professor is nearing double figures. This morning, poor Larry tweeted,

“Led by Fox News Channel’s Tucker Carlson, the GOP’s Trump wing appears to be throwing its weight behind Putin. If Putin opts to wage war on our ally, Ukraine, such ‘aide and comfort’ to an ‘enemy’ would appear to become ‘treason’ as defined by Article III of the U.S. Constitution.”

Imagine, this guy was once an acclaimed Constitutional law expert, and he wrote that. Wow. After fellow Twitter users pointed out that his statement was legal and linguistic crap, Tribe (or his guardian) took down the tweet, and he (or someone) tweeted in response,

“I’m persuaded by those who thought I meant to be using the word ‘treason’ literally — despite my use of the phrase ‘would appear to be’ — that I should’ve been more careful: Because we’re not at war with Russia, treason prosecutions should be off the table. Sorry if I mislead you.”

Or to be more accurate, “Sorry if you still think what I say is worth paying attention to, since in my dotage I have devolved into an untrustworthy, babbling hack.”

3 thoughts on “After Dark Ethics Potpourri, 2/21/2022: President’s Day Edition, Or “Mister We Could Use A Man Like Ronald Reagan Again””