Well, I started it in the morning…

1. Do you sense a theme here? Voters in San Francisco last week dumped three members of the city school board who led the way to prioritize taking the names of American Presidents off of schools over getting children into them. One of the properly exiled was board President Gabriela López, who opened her Democratic Emergency Excuse Kit For Any Crisis and found, of course, the Race Card. López blamed the recall results on “white supremacy.” López tweeted,

“So if you fight for racial justice, this is the consequence. Don’t be mistaken, white supremacists are enjoying this. And the support of the recall is aligned with this.”

López also retweeted a post alleging the recall “was funded by republican billionaires, led by […] “reopen the schools” moms that used id politics and anti-blackness to turn out votes within the conservative asian immigrant community.”

If people like Lopez aren’t rebuked and shunned hard, American minorities risk growing to adulthood incapable of accepting personal responsibility for anything they do, and spending life as perpetual victims in their own minds.

2. Everyone is circulating this, but it deserves to be circulated. One more reason to sat off Twitter, especially if you’re not too bright: 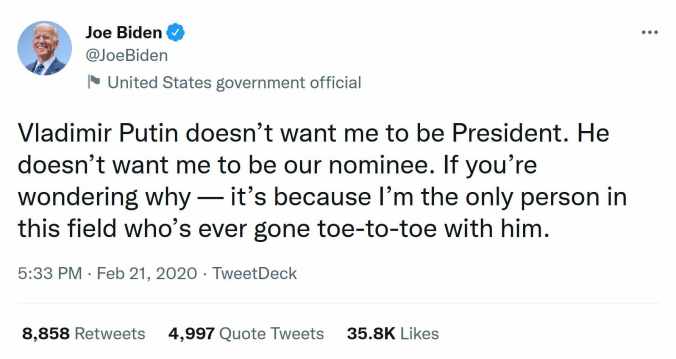 3. Boy, they’re strict! The Florida Supreme Court imposed a public reprimand of an attorney after it found that she  made “unprofessional” and “sarcastic” remarks in multiple matters. For example he sent emails to multiple different people involved in  litigation in which she referred to opposing counsel as “out of control,” and “overly hostile.”  In other  emails with opposing counsel, she stated that the depositions of two of the witnesses in the case were “going to be epic” and great “entertainment.” What do you think, Marlon?

Nobody can recall any other lawyer being disciplined for such mild rhetoric. If we had a functioning ACLU, which we do not, it would be a good free speech case.

4. And about that ghost of the ACLU...It is suing Virginia Governor Glenn Youngkin over his removal of mask mandates:

Yes, the organization originally devoted to protecting individual liberty from abuse of government power is now fighting for the mandates masking of children, and all the harm that causes socially, developmentally and psychologically. It’s a cautionary tale: the ACLU was corrupted by the Woke virus in just three short years, after it tweeted this:

5. Here is an “It Isn’t What It Is” instant classic from Joe Lockhart, the worst of Bill Clinton’s paid liars: 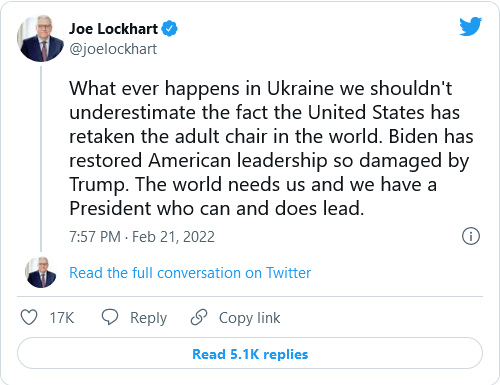 He posts this as Putin is sending his army into Ukraine. What is the right term for such a tweet? Denial? Gaslighting? Senility? I suppose it’s just more reflex Trump bashing under stress.