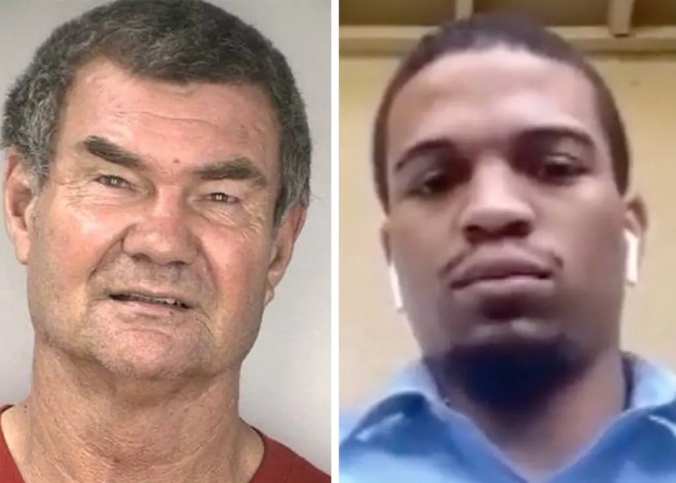 I am having a hard time reconciling these two criminal trial sentences with basic ethical principles like fairness, equity, and consistency. Maybe you can help.

I suspect you never heard of the Corey Pujols manslaughter case in Florida, where a black Dunkin’ Donut manager was sentenced for killing a 73-year-old white man. There were no national headlines or special network reports after the May 4, 2021 incident at a shop in Tampa, Florida. There were no protests or angry demonstrations or riots; no organization called “Old White Guys’ Lives Matter” took up his victim’s cause.

Vonelle Cook was a  regular customer at the doughnut store, and not a welcome one: he was often cranky and abusive. On this visit he began berating staff members for the service he received at the store’s drive-through window. Asked repeatedly to leave, Cook parked and entered the shop while store manager Corey Pujols told another store employee to call the police. Cook began arguing with Pujols across the counter, and then Cook called Pujols a “nigger.”  Pujols came out from behind the counter to confront Cook.  Pujols, 27, warned the old man “not to say that again,” and true to his character and mood, Cook repeated the slur. Pujols punched him in the jaw; Vonelle Cook fell backwards onto the floor, hitting his head and sustaining fatal injuries. He died in a hospital three days later. Cook never touched or tried to strike his attacker Pujols.

Pujols was charged with manslaughter, but agreed to a plea deal in which he accepted  the lesser charge of felony battery. Under the sentence imposed this week by Judge Christine Marlewski of the Thirteenth Judicial Circuit Court, Cook’s killer will be on probation for three years after he completes two years of  house arrest, and must perform 200 hours of community service as well as attending anger management courses.

Andrew Warren, the state attorney for Hillsborough County, was satisfied, saying that the result “holds the defendant accountable while considering the totality of the circumstances — the aggressive approach and despicable racial slur used by the victim, along with the defendant’s age, lack of criminal record, and lack of intent to cause the victim’s death.”

From the news accounts, it appears that that the fact that Cook was not an admirable citizen and that he will not be greatly mourned by the community was also taken into consideration. He was a registered sex offender who had served time in prison after being convicted of  crimes including child abuse, possession of child pornography and sexual activity with minors.

Now let’s consider and contrast the sentence imposed on former Minneapolis police officer Derek Chauvin—22 years and six months—and the relevant factors the two cases share and do not share.

Now here are contrasting factors that should not have affected the disparity in the sentences given to Chauvin and Pujols:

This does not seem like equality under the law to me. What am I missing?

I worry that I am not missing anything.

64 thoughts on “Ethics Test: The Corey Pujols Sentence vs. The Derek Chauvin Sentence”