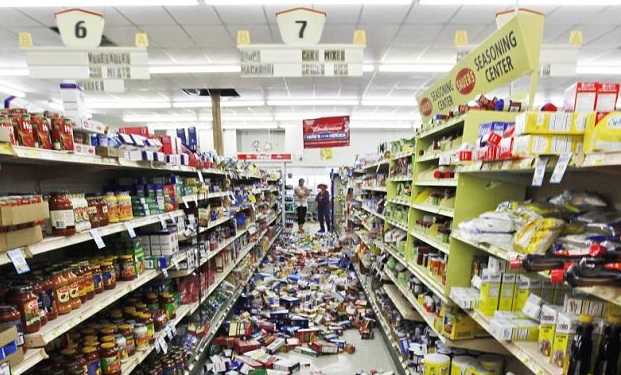 April 7 is a really bad ethics date. In 1994, the worst episode of genocide since World War II was triggered in Rawanda, resulting in the massacre of between 500,000 to 1 million civilian Tutsis and moderate Hutus. Rwandan forces even managed to avoid significant international intervention after the murder of ten Belgian peacekeeping officers: the Tutsis, a minority population that made up about 10% of Rwanda’s population, were never deemed important enough to be rescued by the international community. (Yes, the United Nations has been fearful, negligent, and in this case, racist, for a long time now.) The U.N. did eventually admit that a mere 5,000 soldier peace keeping force could have stopped the slaughter at the start.

That was big of the U.N.

The genocide’s seeds were planted the early 1990s when President Juvenal Habyarimana, a Hutu, began using anti-Tutsi rhetoric to consolidate his power . What followed were several massacres, killing hundreds of Tutsis. The government and army assembled the “Interahamwe” (meaning “those who attack together”) and armed Hutus with guns and machetes for the explicit purpose of wiping the Tutsis out. On April 6, 1994, President Habyarimana was killed when his plane was shot down. In response, Hutu extremists in the military began murdering Tutsis within hours. Belgian peacekeepers were killed the next day, and the U.N’s reaction was…

It bravely pulled its forces from Rwanda. Thousands of innocent people were hacked to death with machetes by their neighbors, but the international community, and notably the United States, took no action to stop the genocide. An estimated 75 % of the Tutsis living in Rwanda had been murdered. Bill Clinton later called America’s failure to intervene “the biggest regret” of his administration.

At least it beat out Monica.

1. They are still trying to excuse Will Smith and blame Chris Rock! Surprised? There were two additions to the canon today. The New York Times featured an absurd piece called “The Slap, Hair and Black Women.” A sample:

“Lost in the Oscars fray is the hurt inflicted when a group is denigrated for a laugh. Chris Rock, who has examined this issue in a documentary, should have known better….When Black women’s hair is mocked by comedians like Rock, he ushers in the everyday forms of microaggressive hatred against Black women that normalized blatant discrimination,” Ralina Joseph, a professor at the University of Washington, Seattle, and the director of the Center for Communication, Difference and Equity, said in an email interview…

Garbage. Rock’s joke wasn’t about “black women’s hair.” It was about how a single movie star, who happens to be black, chose to wear her hair, in a style that women of any race or ethnicity can and do. Nor was any “group” denigrated by Rock’s teeny joke. This is victim-mongering at it’s most strained and ludicrous.

Then we got this attempt at making Smith a victim from the Daily Beast, which has jumped a thousand shark since I once used it as a reliable news aggregator from the progressive point of view: “Ezra Miller and Will Smith’s Treatment Reveals a Glaring Hollywood Double Standard”. The assertion: “It took many public controversies for “The Flash” star Ezra Miller’s superhero future to be reevaluated—while Smith had a number of projects stalled immediately following The Slap.” Ezra Miller (who I never heard of) is white, see, so this means that Smith was treated harshly by various employers after the Slap because he’s black. This is where a law degree (or some critical thinking) would greatly benefit the authors of such junk. Smith was treated more harshly because 1) He’s superstar whose brand is likability, and he harmed it sufficiently to make his typically pricey projects seem like unreasonable risks. 2) While Miller’s various meltdowns on sets and elsewhere barely made the middle of the entertainment pages, if that, Smiths attack on Rock was front page fare. 3) The Rock attack occurred live, on international TV, in an iconic ceremony. There’s no double standard. One semi-star was given a couple of chances to straighten out because nobody outside the industry knew about his problems, and superstar was quickly subject to adverse consequences due to his status and the public awareness of his misconduct.

2. On the scam trail…Who do you trust? Who can you trust?

3. Nah, there’s no mainstream media bias! Watch this jaw-dropping response from journalist (and historian) Anne Applebaum, when asked about the import of the news media withholding the Hunter Biden laptop story from the public.

A University of Chicago student asks a left wing reporter about the media cover up for Hunter Biden. Watch his question and watch her arrogant reaction. It perfectly encapsulates why so many distrust the media. pic.twitter.com/W8UXwmNKYn

4. On the other hand, this story Fox New has been fulminating over really is a conservative media “nothingburger.” Fox News Digital obtained emails between Hunter Biden and his business associates involved in his firm Rosemont Seneca’s joint venture with the Chinese investment firms Bohai Capital and BHR. In 2017, Joe Biden wrote a college recommendation letter for the son of a Chinese executive involved in that venture, and so what? I’ve worked in university admissions. VIPs like Biden write such letters routinely. It doesn’t mean there was any quid pro quo, or that Joe knew that his largesse was going to lead to an illicit benefit for his slimy son. It doesn’t even show that Biden discussed Hunter’s business ventures with his son, though the Presidents claim on that topic seems incredible.

5. The political show trials over the Jan. 6 riot may be on the way to finally being recognized for what they are. NBC News reports,

A federal defense contractor with a top-secret security clearance who admitted he entered the Capitol during the Jan. 6 attack was found not guilty at trial on Wednesday.

Matthew Martin was acquitted by U.S. District Court Judge Trevor N. McFadden after a two-day bench trial. Martin chose to go to trial in the misdemeanor case before a judge rather than go before a D.C. jury. Martin was the first Jan. 6 defendant to be fully acquitted at trial, and told reporters after the not guilty finding that he hoped to get his job back.

Martin, who lives in Santa Fe, New Mexico, held a security clearance and took personal leave from his job on Jan. 6. He was arrested in April 2021 and faced charges of entering and remaining in a restricted building; disorderly and disruptive conduct in a restricted building; violent entry and disorderly conduct in a Capitol building; and parading, demonstrating, or picketing in a Capitol building.

The evidence showed that Martin was allowed inside the Capitol by an officer, creating reasonable doubt, the judge concluded, that he knew he was breaking any laws. Conservative fire-brand blogger Ace of Spades writes,

..this now tells prosecutors they might have to start offering more reasonable plea deals. They cannot rely on all judges to just say, “Yes, this is a Populist Insurrectionist Terrorist of the type I’ve read about…I must sentence this man to four years of hard time for minor, non-violent trespass with no property damage.”