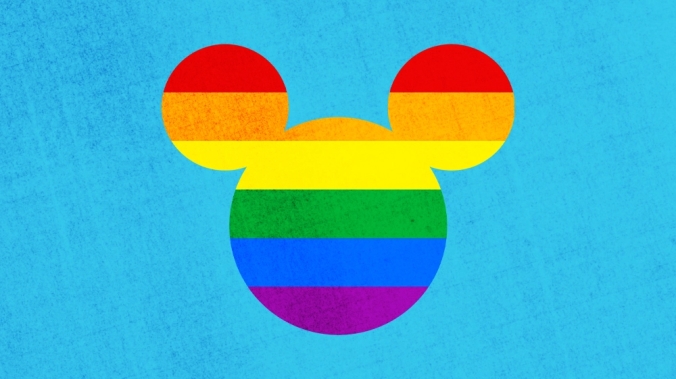 During a special session called for the purpose, Florida’s Senate has passed a bill that would end the special autonomous tax district status granted to Walt Disney World 1967. The bill now goes to Florida’s House, where passage is expected. Gov. DeSantis will, of course, sign the bill into law.

The mainstream news media and its minions are pushing, hard, the skewed narrative that this is GOP hypocrisy, with a state government using its power to punish a corporation’s free speech. That, however, is not a correct analysis.

What Disney did, when it publicly announced that it would protest and fight to repeal the Parental Rights in Education Law (falsely and dishonestly tagged the “Don’t Say Gay” law by LGTBQ activists, including much of the news media), was to breach the implicit conditions of its 55 year-old deal with the State of Florida, and, in an uncharacteristic blunder, prompt it to do what it had an ethical and legal duty to do anyway.

By 1967, Walt Disney himself had been negotiating a sweetheart deal with Florida since Walt Disney World was just another twinkle in his eye. The planned 40 acre complex was audacious and unprecedented, and audacious because it was unprecedented. Central Florida was an under-utilized swamp, and Disney was promising to turn it into the biggest tourist destination in the U.S. This would mean publicity, tourism ,commerce, hotel construction, jobs, tax revenue and development for Florida, and Disney was a tough negotiator. (Another Disney theme park project planned for Manassas, Virginia was abruptly killed when that state was less than accommodating.) Disney had a well-earned reputation for doing things right, so Florida saw nothing but benefits in allow it nearly complete freedom to build and run the new theme park the way it chose, without meddling from regulators. When Disney wanted to build a building, fill in a lake, or pave a road, it didn’t have to seek permits or approval, allowing the place to operate and start making money for itself and Florida as early as possible.

And it worked. The deal wasn’t even particularly controversial, because in 1967, Disney’s reputation could not have been more positive. Its new technology and attractions had dominated the 1964 New York World’s Fair, highlighting patriotism (The Abe Lincoln audio-animatron gave the Gettysburg Address!), family (The Disney-designed G.E. Carousel of Progress!) and kids (“It’s A Small World,” and its earworm song, debuted there). All those attractions and more were ticketed for Walt Disney World.

Florida trusted Disney, and so did everyone else. One thing Florida trusted Disney not to do was to kick its benefactor in the teeth. Florida had promised to virtually leave Disney alone to make Americans happy, and implicit in that deal was that Disney would leave Florida alone to pursue the interests of its citizens. There was no reason to assume that those objectives would ever be in conflict. Sure, Disney could lobby the State like any other corporation, but the relationship was one of mutually supportive partners, and should have stayed that way.

Then Disney presumed to interfere with Florida educational policy, and in doing so, throw its influence and power behind partisan activists on a matter that does not, or should not, concern Disney at all. That was a material betrayal, a stab in the back. Disney had suffered a protest from employees calling for more LGTBQ activism from the company, but that was the company’s own problem to solve. Virtue-signaling by attacking Florida’s school policies was not a rational nor fair respons. Worse, it breached the implicit understanding behind the 1967 agreement: “We’ll let you run your business your way, and, of course, you’ll let us run the government our way.”

What Disney did when it proclaimed its opposition to the Parental Rights Law was a violation of trust. Not only was there no way Florida could continue to regardDisenyas a partner going forward, it would be irresponsible to do so. If the two parties had a contract, Florida would have been justified to consider that contract breached and void. Instead, they had an agreement that the legislature and government could end by law, and that’s what they are doing.

No weenie he,  DeSantis issued a special proclamation to amend the special session of the Florida legislature to consider “legislation relating to independent special districts” and emphasizing the need to review Disney World’s special status:

WHEREAS, the Florida Constitution of 1885 did not prohibit special laws granting privileges to private corporations; and

WHEREAS, the Florida Constitution was revised by the Florida electorate on November 5, 1968; and

WHEREAS the Florida Constitution of 1968 generally disfavors special laws as opposed to general laws, but permits the creation of independent special districts that appropriately serve the public interest; and

WHEREAS, Article III, Section 11(a)(12) of the Florida Constitution of 1968 prohibits special laws granting privileges to private corporations; and

WHEREAS, independent special districts exist that were established prior to November 5, 1968, and that have not been re-established, ratified, or otherwise reconstituted by a special act or general law after November 5, 1968; and

WHEREAS, it is necessary to review such independent special districts to ensure that they are appropriately serving the public interest; and

WHEREAS, it is also necessary to consider whether such independent special districts and should be subject to the special law requirements of the Florida Constitution of 1968; and

WHEREAS, it is further necessary to periodically review exceptions to generally applicable laws that are given to select corporations; …

This points to the other reason to end Disney’s special status: the deal had been made inequitable by subsequent developments. After 1967, many competing theme parks and attractions followed Disney to the Orlando area and Florida, and now compete with Disney without Disney’s special advantages. That is unfair. It is similar to Major League Baseball’s unique immunity from anti-trust laws, which all other pro sports leagues must follow. The original reasons for the disparate treatment are similar as well: Baseball was deemed “more than a business,” and an important cultural resource enriching and strengthening the nation.

So while one could conclude that Florida finally making Disney play by the same rules as its competitors is an example of doing the right thing for the wrong reasons (if one buys the “punishing speech” narrative), it is still the right thing.

Nor can Disney credibly claim—especially after the leaks about its executives seeking to inject LGTBQ propaganda into its attractions and entertainment and its opposition to a law that prevents sexual content being taught to third-graders—that it still stands for wholesome, uncontroversial and non-political family entertainment. Here is an example of what Disney appears to be complicit in…

Miller Middle School in San Marcos, Texas is hosting a “Queer Week” where students as young as sixth grade are urged to dress in “pride” colors, wear nametags with preferred names and pronouns, and “protest” LGBT discrimination.

“The goal of the week is to provide a school culture that values diversity, equity and inclusion,” MMS Principal Saumnya Hart told parents in an email forwarded to The Federalist by the school.

According to a “Miller Queer Week” schedule obtained by The Federalist, MMS set aside four school days in April “to provide support for students in the LGTBQIA+ community, their allies, and the greater student and staff body.”

Beginning on Tuesday, April 19, students were encouraged to “share their stories on the wall in the hallway in order to stand against mistreatment.” On Wednesday, students were told to “dress in colors of the rainbow to support the LGTBQ+ community.”

Nametags designated for “pronouns and preferred names” will be supplied for all students on Thursday, according to the “Queer Week” calendar. On Friday, the week is scheduled to close out with a “National Day of Silence” where “LGTBQ+ students and their allies protest the harmful effects of harassment and discrimination of LGTBQ people in schools.”…

San Marcos Consolidated Independent School District Chief of Communications Andrew Fernandez told The Federalist that the school has received complaints from concerned parents but believes the activities are appropriate because they are “not part of the instructional day.”

“We have calls every day about questions or concerns that families may have and we’re handling the situation as we do any other situation,” Fernandez said. “We speak with the parent. Hear their thoughts and concerns and then share the reasoning behind the activities taking place this week.”

Florida no longer feels that it is appropriate to be in a partnership with an entity that stated its support for the same indoctrinating school activities and instruction Texas is dealing with. That is the correct conclusion, whatever other motivations may be involved.

It is astonishing that a company that is usually so savvy would risk jeopardizing its important and profitable arrangement with Florida to get brownie points from activists, when the law in question has no relevance to Disney’s operation or business at all. What’s going on here? Hubris? Arrogance? Reckless virtue-signaling? Whatever the answer is, the ethical value breached is competence.

54 thoughts on “DeSantis Strikes Back: Ethics Dunce Disney Gets The Legal And Ethical Consequences It Deserved”