Emily Bridges and Lilly Chant, two biological men who “identify” as female, won the first and second place slots at London’s ThunderCrit cycling last week. That’s the third place finisher with her baby on the right. The Post Millennial, a conservative website, used the photo above and this one… 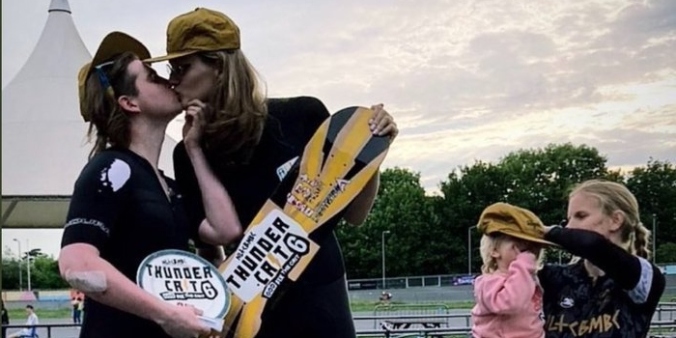 …to show how absurdly unfair the competition was, with the diminutive biological female dwarfed by her victorious trans competition. The headline was, “Biological males win women’s cycling event, kiss while third place female cares for child.”

And it almost fooled me. I was going to post the photos above as a “Res Ipsa Loquitur” stand-alone feature, but this time the pictures didn’t “speak for itself.” Here are the uncropped photos… 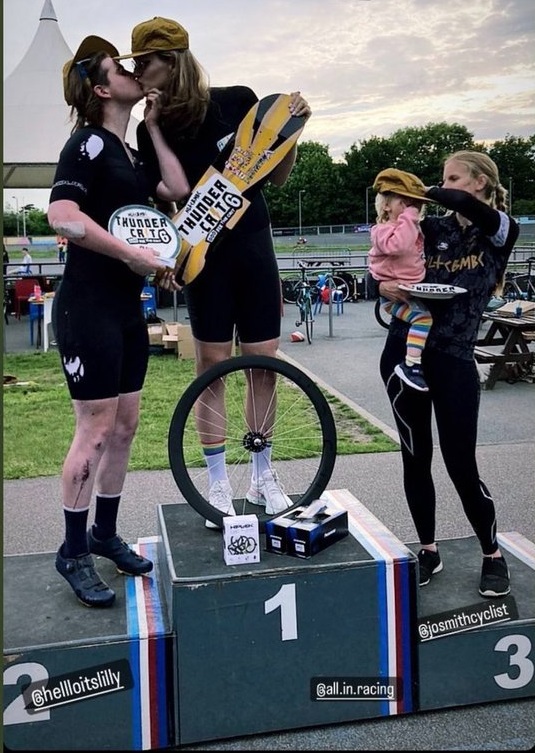 No wonder the trans-women dwarf the third place finisher! They are standing on higher platforms.Bridges was cycling and winning competitions in male categories as recently as February; last October, Chant posted on social media that it would take 11 months of hormone treatments for him to reach acceptable levels to compete in a women’s race, but Thundercrit allowed him to do so in June anyway. Allowing trans athletes who only recently “crossed over”to compete against competitors born female is sufficiently unethical that it doesn’t need artificial and deceptive photo enhancement to make the point.

This is how websites get banned as sources on Ethics Alarms.

It is increasingly difficult to find websites on the Left or the Right that play the news and their reporting and headlines straight. For example, here is the supposedly respectable professional legal publication, the American Bar Association Journal, headline over the story Ethics Alarms reported on last week: Georgetown Law Center’s reinstatement of suspended conservative professor Ilya Shapiro:

As reporter Sally Field describes the misleading story that causes death and career destruction in the Paul Newman film “Absence of Malice,” the ABA headline is accurate but untrue. The tweet that got Shapiro unjustly tarred as a racist indeed included the phrase “lesser black woman” but it did not suggest that any black female judge was inherently “lesser.” The point of the tweet was that by limiting his SCOTUS choices to black, female judges, President Biden would end up with a nominee that was less qualified than a male judge “of color” Shapiro favored. The ABA Journal headline was despicable, deliberately distorting Shapiro’s meaning, which had already been clarified by the professor and others.

But that’s the state of journalism today, especially on the web.