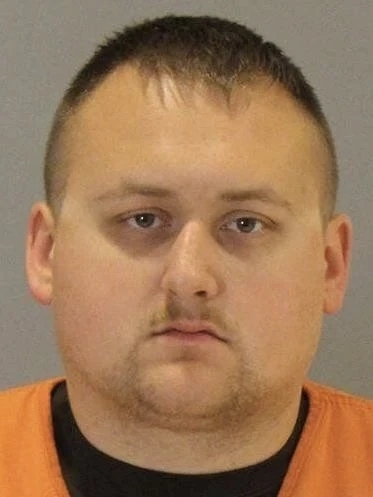 I couldn’t decide what to call this story out of Omaha, Nebraska, but it it did make my head explode.

Catholic Charities of Omaha Executive Director Denise Bartels thought, if you can call it thinking, that an unannounced active shooter drill was a peachy keen idea, and that five days after the Buffalo supermarket shooting in May was the perfect time to stage it.

Yes, she’s a moron. So were Catholic Charities’ compliance coordinator, Carrie Walter and Security Director Mike Welna who also approved this crack-brained scheme that was so obviously irresponsible and dangerous that a child could have figured out that it shouldn’t happen. Unfortunately, no children were employed in the organization’s management, only stupid adults.

They had no concept how to go about organizing such a training exercise, so had hired John Channels (above) a self-described “citizen police officer” who claimed to have planned similar simulations for other organizations. (The fact that he also was an alleged abuser of young women and a child pornographer isn’t really relevant, except that it does call his expert judgment into question as well as Catholic Charities vetting procedures.) Channels’ proposed active shooter drill would feature a man in a hoodie firing blanks and “victims” lying on the ground with with fakewounds. And, of course, Catholic Charities’ managers wouldn’t tell any of their employees it was going to happen, so they would be scared out of their wits. Channels planned to start by shooting fake victims outside of the office windows and doors so employees could see the carnage, then make his way through the building (with keys provided by staff) hoping to cause employees to flee or hide.

Gee what a good plan….

The drill took place, everyone was freaked out, and now Channels has been charged with five counts of making terroristic threats and one count of “weapon use.” As for the management of the Catholic Charities, I assume they will be getting pink slips, but in the meantime employees are bringing lawsuits for the intentional infliction of emotional distress. Some employees still haven’t returned to work more than three months later because of PTSD.

In my screenplay, one of the terrified employees snaps and decides to shoot up management for real as revenge. They just laugh in his face, assuming that he’s faking it just like their stunt, and he blows them all away. Quentin Tarantino directs.

15 thoughts on “The Greatest Stupid Of All? When Ethics Alarms Don’t Ring? KABOOM!? The Omaha Active Shooter Simulation”