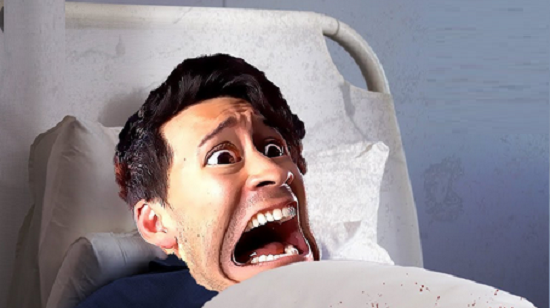 October 21 reminds me that I’m only up to Woodrow Wilson in the Ethics Alarms examination of qualified competitors for Joe Biden in the “Worst U.S. President Ever” Competition. Biden, as we can see every day, looks worse and worse, but this date in 1921 stands as a reminder that a President whom conventional historical wisdom usually relegates to the bottom of the barrel was more than the corrupt, sex-obsessed boob he has been portrayed as by predominantly Democrat academics. On October 21, Harding gave a brave speech in Alabama condemning lynchings, which at that time were occurring in the South at a rate of about two black men lynched a week. Harding, in contrast to his Jim Crow-supporting predecessor, Wilson, advocated full rights for African Americans as well as suffrage for women. He supported the Dyer Anti-lynching Bill in 1920, which passed in the House but died in the Senate, thanks to the determined resistance of Southern Democrats.

1. Garbage to the left of me, garbage to the right…today’s refrain on Fox News is that the record-setting early voting in Georgia “proves” that  Biden and Stacey Abrams calling the new Georgia election law  “Jim Crow 2.0” was race-baiting and lies. The Democrats’ despicable rhetoric was indeed race-baiting and dishonest, but the voting turn-out proves nothing of the sort. How could it? Less than 50% of the public votes; less than 50% would probably vote if all they had to do was to do so psychically. For all anyone knows, all the extra early voters haven’t been affected by the new rules at all, and would have voted if the law had never passed. Next, Abrams, who really is a horrible character, tried to answer the conservative media’s mockery by “clarifying” that she never meant that the new law would stop anyone from voting who was willing to put in the effort, just that voting should require no effort at all. Oh. But Jim Crow actually made it impossible for blacks to vote no matter what they did. I feel like I’m watching a debate between an idiot and a con-artist…2. Poop ethics? Veteran Seattle City Councilwoman Kshama Sawant’s home has been vandalized with poop at least four times so far in October, and she wants police to test the poop to see if they can find a DNA match. But Sawant routinely vilifies police and is still determined to defund them, so police are saying, in essence, “Poop? What poop?” (It is unknown whether the offal is animal or human.) Savant is also demanding that officers be stationed outside her home from 5 p.m. to 10 p.m. every day until the poop vandals have been caught.

Sawant should be treated no differently than any other Seattle resident under a poop attack, and if police are deliberately dragging their metaphorical feet because they hate her guts, that’s unethical and unprofessional. However, if she is demanding special treatment above and beyond what the usual police response would be, she is an even greater asshole than her “defund the police” stance would normally indicate, as well as a fool, a hypocrite, and an idiot. [Pointer: JuGory]

3. Inexcusable New York Times headline of the week: “Will Gas Prices Doom Democracy?” Yes, it’s another “Let’s lie and scare voters into voting for our favorite party” op-ed from the panicky Times stable of leftist propagandists. This one is by tired, shameless Paul Krugman—you know, the Nobel-winning economist who confidently predicted on election night 2016 that Donald Trump’s victory would crash the stock market. You don’t have to read his commentary because 1) I did, 2) you must have some sock drawer organizing to do and 3) the content is obvious from the title: the soaring gas prices may cause Krugman’s party to lose control of Congress, meaning that those fascist, racist, stupid, election-denying Republicans will take over and destroy democracy.

Like most of what Krugman writes and his editors green-light, the premise is based on a lie: the price of gas is hardly the only reason voters would regard Democrats as the skunk at the 2022 election picnic; it’s not even the major reason. In contrast, the news media, pundits like Krugman, and Democrats themselves are giving voters only three wan arguments for keeping the donkeys in power, all equally unpersuasive and unethical: 1) killing more fetuses is the solution to a whole bunch of problems,  2) the party holding show trials, trying to establish “disinformation panels,” criminalizing politics, and using private corporations to censor speech and punish dissent is the non-fascist one, and 3) “Don’t believe your eyes! Everything is really great!”

4. Funny, I thought she was a dead-eyed partisan who ruled according to the Republican agenda. Supreme Court Justice Amy Coney Barrett has denied a request by the Brown County Taxpayers Association, a Wisconsin taxpayers non-profit, to halt the implementation of President Biden’s federal student loan forgiveness program. Barrett handles the emergency applications from Wisconsin, and thus rejected the request to block the program unilaterally. I’m pretty sure it’s because she was following the law, and didn’t believe the suit by this group at this time was appropriate. This is, after all, her job.

5. Yikes. Lara Logan, who was once a CBS News correspondent but who has spiraled into more and greater right-wing craziness since, got herself kicked off NewsMax after telling host Eric Bolling,

“This is a spiritual battle. I am a firm and solid and immovable believer in God. And I believe that God wins. I believe that good is greater than evil, and I believe that the fallen angel otherwise known as Satan doesn’t get to prevail in this world….“God believes in sovereignty, a national identity, of the sanctity of family and all the things that we’ve lived with from the beginning of time. And he knows that the open border is Satan’s way of taking control of the world through all of these are people who are stooges and his servants. And they may think that they’re going to become gods. That’s what they tell us. You’ve all known Yuval Noah Harari and all the rest of them at the World Economic Forum. You know, the ones who want us eating insects, cockroaches, and that while they dine on the blood of children? Those are the people, right? They’re not gonna win. They’re not going to win.”

Her head may have spun around too.