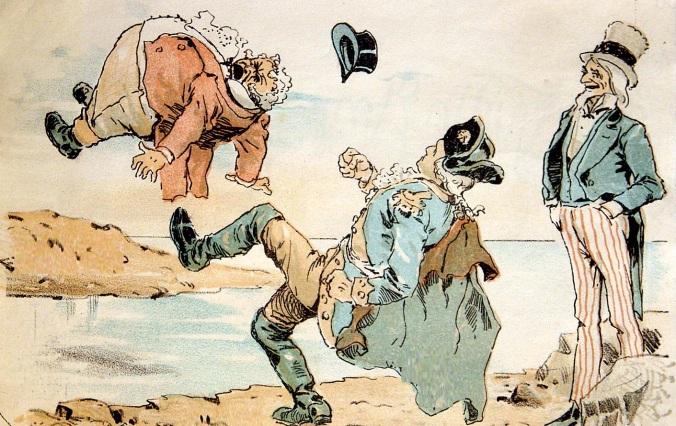 Because he writes so well and because he is an accomplished critical thinker, iconic blogging pioneer Andrew Sullivan’s opinion pieces are always worth reading even when he’s completely wrong. True, bias sometimes makes Andrew stupid, which shows the awesome power of bias because he’s definitely not stupid. Sullivan’s devotion to gayness is one source of emotionalism for him; another is his blind hatred of Donald Trump, which to my eye seems to be of the George Will/Bill Kristol variety: Sullivan thinks Trump is an unmannerly low-life too vulgar for him to agree with. I think Sullivan may be terrified of cognitive dissonance self-destruction if he admits to agreeing with Trump on most substantive issues, which he does.

In his latest substack newsletter, Sullivan spins his topic a bit to avoid alienating his mostly left-leaning readership, calling it “Will Biden And The Dems Finally Get It? Their far-left record has made the far right more electable.” Oh, see? The real problem with the Biden policy fiascos is that they will let the evil far right gain power. Shame on you, Andrew. Have the guts and integrity to be clear about what you are really saying…which is this:

I’m going to vote for the Republican and the most conservative Independent I can find next Tuesday. And I can’t be the only Biden and Clinton and Obama voter who’s feeling something like this, after the past two years… I hoped in 2020 that after a clear but modest win, with simultaneous gains for the GOP in the House and a fluke tie in the Senate, Biden would grasp a chance to capture the sane middle, isolating the far right. After the horror of January 6, the opportunity beckoned ever more directly.

And yet Biden instantly threw it away. In return for centrists’ and moderates’ support, Biden effectively told us to get lost. He championed the entire far-left agenda: the biggest expansion in government since LBJ; a massive stimulus that, in a period of supply constraints, fueled durable inflation; a second welfare stimulus was also planned — which would have made inflation even worse; record rates of mass migration, and no end in sight; a policy of almost no legal restrictions on abortion (with public funding as well!); the replacement of biological sex with postmodern “genders”; the imposition of critical race theory in high schools and critical queer theory in kindergarten; an attack on welfare reform; “equity” hiring across the federal government; plans to regulate media “disinformation”; fast-track sex-changes for minors; next-to-no due process in college sex-harassment proceedings; and on and on it went. Even the policy most popular with the center — the infrastructure bill — was instantly conditioned on an attempt to massively expand the welfare state. What on earth in this agenda was there for anyone in the center?…

It therefore doesn’t surprise me that in his final pitch to voters this week, Biden barely mentioned his record. He didn’t talk about inflation, the looming recession, crime, immigration, Covid. He mentioned nothing that would motivate anyone beyond his own base. He returned instead to his previous 2020 electoral blackmail: you have no choice but to vote for Democrats because the far right is so hostile to democracy. To which my answer would be: Well, I did that already. And I was treated like an easy mark by the Dems — who pocketed my vote and ignored all of my concerns. Voting for an actual election denier would remain a dealbreaker for me. But otherwise, when Trump is not on the ballot, why would I be suckered by the woke left again?

Worse than this bait-and-switch is the condescension that came with it. Think of the absolute assertions by the Biden administration and their media flunkies: The border is secure. Covid vaccines prevent infection. There is no CRT in high schools. The lab-leak theory and Hunter Biden’s corruption were disinformation. There is no medical debate about fast-track, affirmation-only, sex changes for minors. Inflation is caused by corporate greed. Women in college always tell the truth; and men always lie. A president can forgive student loans by fiat. Debt doesn’t matter. A woman can have a penis. The people who attack Asian-Americans are all white supremacists. The idea of individual merit is racist. Can you think of any social issue where the Biden administration hasn’t taken the position of the illiberal “social justice” left?

Sullivan can’t bring himself to say that he’s voting against the Democrats because they have been wrong, dishonest, and totalitarian, but that’s what his post adds up to. And when one ignores his “the real problem is that Democrats are enabling the evil right wing” face-saving dodge, he makes a very strong case.

One caveat: one should resist the temptation to call Sullivan’s post an example of a rational Democrat and progressive rejecting his own side in response to ethical misconduct. People tend to forget that Andrew was openly Republican and conservative until his personal pet issue of gay marriage drove him into the arms of Democrats. At heart he’s a conservative, though one struggling with Trump Derangement, and a (mostly) clear thinking and fair one.