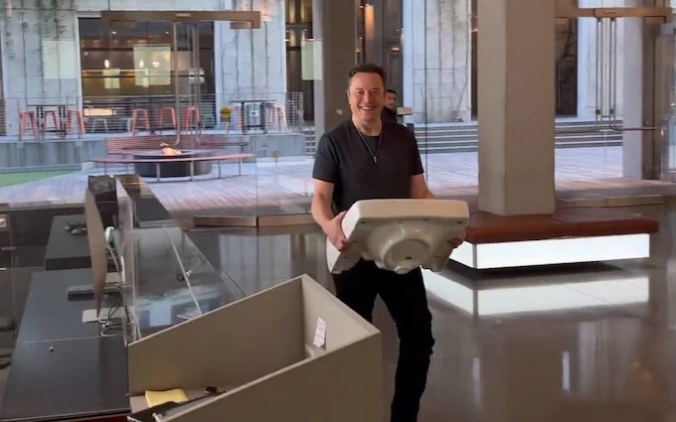 I can’t decide whether it is completely predictable that the richest man in the world has a 5th grader’s comprehension of ethics and integrity of principles, or whether it should alarm us all. I do know that those of us hoping that Musk could transform Twitter from the censorious, leftist propaganda organ that it has become into a fair and valuable platform for public discourse are probably going to be disappointed.

Musk said on Twitter yesterday that he was reinstating former President Donald J. Trump to the platform, and poof!, Trump was back on the site. That’s fine: Musk should have reinstated him immediately as soon as he had the metaphorical reins of Twitter in hand. His banning in 2021 was both partisan and political; as the immediate former President, Trump’s ability to express his opinions and positions on the most used social media platform was essential to the national dialogue, regardless of what he had to say, or how obnoxiously he might say it. The principles that supposedly led Musk to spend billions of dollars buying Twitter demanded that Trump be reinstated.

But what did Musk do? He put the matter up for a vote on Twitter. How does that compute, as the robot on “Lost in Space” might say? Allowing a group to vote to decide whether an individual gets to speak or not is the epitome of censorship. Stifling free expression by those who are unpopular or who have unpopular opinions is the antithesis of the First Amendment. Doesn’t Musk understand that? Apparently not, or, perhaps more likely, he does understand it to the extent he has thought about it in his brilliant but weirdly wired brain, but doesn’t care. The vote was good publicity. The vote would get headlines. The vote would attract new accounts. Principles, shminciples; ethics, shmethics. I own this place and I’ll do what I want.

The vote, as also was predictable, was close: only 52% of those responding wanted Trump to be allowed back on, and the vote was only that high because so many anti-First Amendment types—you know, progressives—quit Twitter once it became clear that the next Hunter Biden scandal that might affect Joe’s agenda would not be embargoed until the political danger passed. As it was, we now have an unscientific poll showing that about 48% of the public think controversial individuals should be silenced by majority consensus.

My guess is that there were more college graduates in the 48% than in the 52%—and what does that tell us?

One more note; in a burst of righteousness, I decided to open a Twitter account to vote for Trump’s reinstatement, because, frankly, I hadn’t thought about how cynical and unethical the stunt was. I couldn’t do it: the system kept saying that an authentication code had been emailed to me, but none arrived. I switched to cell phone verification and did receive a code. I entered it, and got a message that Twitter couldn’t process my entry, no explanation, and that was it: 20 minutes wasted. On the bright side, the site’s failure stopped me from participating in a vote that I decided was unethical and hypocritical. On the negative side, Twitter is a mess.

I may try again if and when Elon gets his act together.