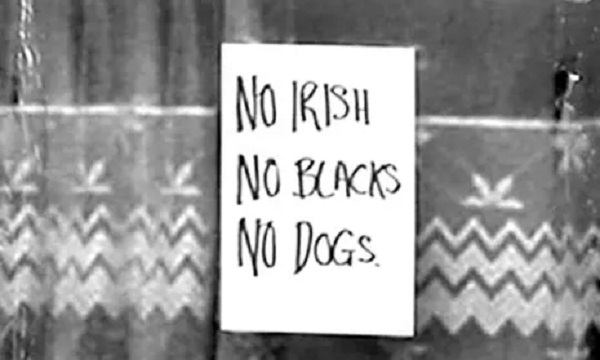 Colleges and universities have become masterful at the sophistry of claiming that their discrimination isn’t discrimination, not really. A new example from Berkeley is very close to the line.

The Berkeley Law chapter of Law Students for Justice in Palestine announced over the summer that it had altered its bylaws to prohibit “speakers that have expressed and continued to hold views or host/sponsor/promote events in support of Zionism, the apartheid state of Israel and the occupation of Palestine.” Eight other student groups adopted similar bans. In response, two lawyers filed a complaint with the U.S. Department of Education’s Office for Civil Rights claiming that the ban amounts to antisemitic discrimination. DOE is investigating.

The student groups at Berkeley Law are being willfully deceptive. Rather than simply exclude Jewish speakers, they exclude speakers who have expressed and continue to hold views in support of Zionism. Zionism refers to the Jewish people’s right to self-determination and liberation in their ancestral homeland, the Land of Israel. It is not merely a “viewpoint” as the Dean suggests, but rather something that has for millennia formed an integral and indispensable part of Jewish identity. A rejection of those who identify as Zionists, which is a vast, overwhelming majority of Jews, is therefore no different to excluding anyone else on the basis of their faith, shared ancestry or national origin. And Title VI of the Civil Rights Act specifically states that “[n]o person in the United States shall, on the ground of race, color, or national origin, be excluded from participation in … any program or activity receiving Federal financial assistance.” Title VI also provides protection from discrimination on the basis of shared ancestry or ethnic characteristics.

Erwin Chemerinsky, the dean of the University of California at Berkeley School of Law who seldom has seen a woke policy that he couldn’t rationalize, denies that the ban is illegal discrimination. Indeed, he says, the groups are just exercising their First Amendment right of free speech:

I agree. However, passing a bylaw prohibiting a group holding specific views from speaking seems unnecessary, unless the real intent is to send a message of hostility to members of those groups. Let’s see…do Ostrovsky and Groismans see that the way I do…yes! They do (I checked their article after writing the previous sentence):

By effectively saying “Zionists not welcome,” what these student groups really mean, is that Jews aren’t welcome. And instead of calling them out for this and acting, Chemerinsky and Berkeley Law are aiding and abetting in the exclusion, marginalization and silencing of Jews, in what is already a deeply hostile environment for Jewish students, faculty and staff. As a number of Jewish students at Berkeley Law wrote, in the wake of the passage of this bylaw, it will now force them into an all too familiar position, of having to “deny or denigrate a part of their identity or be excluded from community groups.”

Hostility toward Israel is the latest fad among the woke (while accusing conservatives of anti-Semitism, naturally), so Chemerinsky, who claims to be a Zionist (you know, like Joe Biden claims to be a devout Catholic) is defending his law school. The issue is a close ethics (and legal) call, but I rate the anti-Zionist by-laws as the equivalent of that infamous London pub sign above, just more subtle.

After all, these are law students, and they are trained to be devious.

10 thoughts on “Discrimination By Any Other Name”