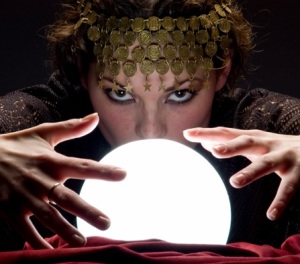 Now that the required joke is out of the way, I can more soberly state that the New York conviction of psychic Sylvia Mitchell for larceny and fraud opens up a welter of ethical, legal and religious issues. Law prof-blogger Ann Althouse is troubled by the result, writing,

“In my book, this is entertainment and unconventional psychological therapy. Let the buyer beware. Who’s dumb enough to actually believe this? Should the government endeavor to protect everyone who succumbs to the temptation to blow a few bucks on a fortune teller?”

Clearly not, and that’s where courts and states generally land in this matter, as in the case I wrote on three years ago, Nefredo v. Montgomery County. There the courts ruled (in Maryland) that it was an infringement of free speech for Maryland to ban what is, for most, just an exercise in supernatural entertainment. But the New York case involved a little bit more than that: Mitchell apparently bilked some clients out of significant amounts, getting $27,000 from one in an “exercise in letting go of money,”  $18,000 from another to put in a jar as a way to relieve herself of “negative energy,” and thousands from other clients to purchase “supplies” for various rituals—what does the eye of a newt go for these days?

Admittedly this seems to cross the line from harmless, if stupid, entertainment into preying on the stupid and gullible, but that doesn’t convince Althouse that the conviction, or the prosecution is a legitimate use of government power. She reminds us about the Supreme Court case of U.S. v. Ballard, in which the Court upheld the conviction of a faith healer for fraud. The SCOTUS majority, headed by William O. Douglas, held that if the faith healer didn’t believe in her claimed powers, then she was a fraud, and thus could be prosecuted under the Constitution if she used a claim of false powers to take money from her clients. In a sharp and thought-provoking dissent, Justice Robert Jackson wrote in part… END_OF_DOCUMENT_TOKEN_TO_BE_REPLACED 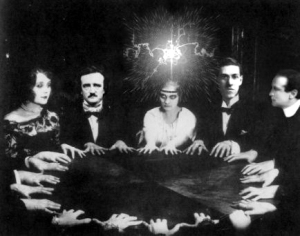 When Summerlin Hospital had to step in to prevent first-time parents from endangering their infant by using “natural medicine” to treat their sick newborn, it may have been fighting the influence of Dr. Mehmet Oz, Oprah Winfrey’s health-care guru.

The popular “Dr. Oz” is a walking TV and book franchise, a Harvard-educated cardiovascular surgeon who has emerged as the nation’s most persuasive and trusted advocate for unconventional health care, or as Dr. Wallace Sampson, former chairman of the National Council Against Health Fraud, calls it,”faith healing for the masses.” He has testified before a Senate panel to condemn the mainstream medical profession’s failure to embrace “the natural healing power of our bodies,” and its hostility to “hypnotherapists, massage therapists, spiritual healers.” Dr. Oz has, shall we say, an open mind. 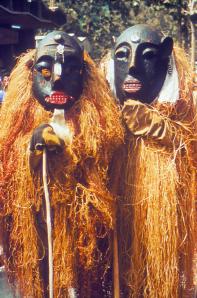 Lincoln and Cecilia Rogers wanted to treat their newborn's illness their own way...

The angry parents of a newborn have sparked protests against Summerlin Hospital in Las Vegas, Nevada, by revealing that their baby was kept at the hospital against their will after a nurse contacted social services for what they describe as an “unjustified reason.”

The “unjustified reason” was that Lincoln and Cecilia Rogers wanted to take baby Lilia home and treat her jaundice “the natural way,” according to her mother. Whenever hospital staff hears a parent say that the family wants to eschew hospital treatment of a child’s serious health problem “the natural way’—or, for that matter, “the supernatural way”, as in “we’re going to put it in God’s hands,” a child’s life is in danger. This is the time for a hospital to stop thinking about legal issues (“Make sure they sign a waiver and consent form!”) or public controversy, and to think about the endangered welfare of the child. END_OF_DOCUMENT_TOKEN_TO_BE_REPLACED