And going back as soon as I get this post up.

1. For God’s sake Amy, the narrative! Read your talking points!  The sudden front-runner to be Joe Biden’s VP had an opportunity to display some character, but whiffed. During an April 7 interview with CNN’s Michael Smerconish on SiriusXM, Senator Klobuchar was questioned about the controversy surrounding hydroxychloroquine. Klobuchar Senator Amy Klobuchar (D-MN) admitted her husband went from  COVID-related pneumonia that had him  coughing up blood to “one day, he just got better,” after he was treated with hydroxychloroquine. Did the Senator come to the Presidents’ defense thisweek when he was being accused of everything from stupidity to recklessness for taking an FDA approved drug? Of course not.

Too bad. That would make her a real asset to a Biden ticket: a shred of integrity.

2.  Attacking the messenger… Secretary of State Mike Pompeo’s response to allegations that he had sought to have an Inspector General fired for investigating Pompeo’s various abuses of his position was to  attack Sen. Bob Menendez.

Pompeo said  that the allegations had been “leaked” to the media by staff members of Menendez, the top Democrat on the Senate Foreign Relations Committee. “I don’t get my ethics guidance from a man who was criminally prosecuted, a man for whom his Senate colleagues, bipartisan, basically said that he was taking bribes. That’s not someone I look to for ethics guidance,” Pompeo said.

Wow, Talk about a lame deflection. Pompeo should address the allegations against him rather than relying on ad hominem attacks on his critics.

3. From the junk science, hindsight bias files: The New York Times published the results of a study, and reported, “Lockdown Delays Cost at Least 36,000 Lives, Data Show…Even small differences in timing would have prevented the worst exponential growth, which by April had subsumed New York City, New Orleans and other major cities, researchers found.”

[Oops. Couldn’t make it through. Back to bed. I’ll be up after the jump…] END_OF_DOCUMENT_TOKEN_TO_BE_REPLACED 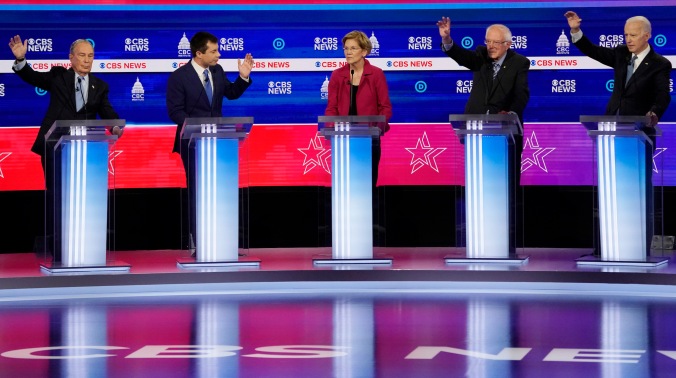 CBS hosted the debate, and its transcript is here.

1. Well that was embarrassing. I tried to find a YouTube clip of all the candidates simultaneously shouting,  talking over each other and waving their arms; I couldn’t, but I’m sure there are several, and I’m sure they will be used in Republican campaign ads. This group is objectively horrible even when they are coherent and well-behaved, but as I watched this debacle, I thought, “Boy, Facebook is really going to be cranky tomorrow.”

2. It’s not just the candidates who are to blame, of course. The story of the night was just how incompetent the CBS moderators were: timid, unprofessional, passive. In a situation like that, you have to blow a whistle, stop and warn everyone. You tell the group that if they don’t behave, there won’t be any more questions. You cut their mics if necessary. The moderators have a duty to do whatever is necessary to keep order, because the debate, which is supposed to help voters decide who our next President should be, is literally useless unless there can be an orderly and audible exchange of ideas.

Once again, the inept Gayle King was at the center of a televised mess. Oprah Winfrey’s “gal pal” <cough> has her job for one reason, and it’s her connections <cough>—what is this in my throat?–and no other good reason. She’s a local TV news mediocrity elevated  beyond her merits, an example of the Peter Principle in action with a the ugly element of unethical influence added.

Usually the impact of King’s  glaring lack of ability is minimal, but in a case like this it does actual damage. Ann Althouse picked up on one example last night that annoyed me as well. Late in the debate, the moderators again asked the seven candidates to take a break from shouting over each other, and Joe Biden said, “Why am I stopping? No one else stops. It’s my Catholic school training.”

Good home training. Ridiculous. Biden was making a criticism — “Why am I stopping? No one else stops. It’s my Catholic school training” — a justified criticism, and Gayle King understood or pretended to understand that to be supportive of her and justifying her bonding with Biden, like the 2 of them are well bred and polite, but he cut her off.

“Gentlemen don’t get very well treated up here” — that’s superficially polite, not telling King she’s not doing her job, but the treatment in question is from the moderators.

He’s saying: I have been polite and gracious, but you’ve presided over an event where rudeness wins. Catholic school may have taught me good behavior, but you, Gayle King, are teaching bad behavior.

… it’s interesting that King changed “Catholic school training” to “home training.” She cleaned the religion out of it for him. She erased his Catholic identity. And if it’s home training, the implication is domestication by a woman.

END_OF_DOCUMENT_TOKEN_TO_BE_REPLACED

The transcript is here.

This was certainly the most entertaining of the debates so far, not that entertainment should be the purpose of such things. The substitution of Trump-obsessed billionaire Michael Bloomberg for Trump-obsessed billionaire Tom Steyer appeared to alter the chemistry of the entire group, rendering everyone nastier and antagonistic, and to each other, not President Trump. Steyer, after all, was always a pure vanity candidate, and like Stephen Yang, irrelevant, taking up space, and clogging the pipeline for voters to figure out who might be the best candidate. Bloomberg, incompetently and hypocritically, was considered a leading contender by “experts” (incompetently) and Democrats (hypocritically) as he entered his first debate.

1. Bloomberg, as I expected but far more spectacularly than I expected, proved that he isn’t a top contender no matter how much he spends. The former NYC mayor stood there with a perpetual ‘why do I have to put up with these peasants?’ look on his face, and though he had to know he would come under fire, appeared to be unprepared.

Elizabeth Warren’s (and to a lesser extent, Joe Biden’s) crushing attack on his (terrible) responses in defense of his stop-andfrisk policies in New York City (a utilitarian toss-up, but not for a party in which racial profiling is considered per se evil) and accusations of allowing a hostile work environment in his business reminded me of Chris Christie’s merciless humiliation of poor Marco Rubio in 2016. In particular, Bloomberg was a deer caught in the headlights when challenged on his transparency and asked to release women who had made complaints in his workplace from their non-disclosure agreements. His answer– “I’ve said we’re not going to get — to end these agreements because they were made consensually and they have every right to expect that they will stay private”—was nonsense of the sort I particularly detest. No one who understands what a non-disclosure agreement is could respond to that with anything but, “Huh? How stupid do you think I am?” Bloomberg, however, was counting on the ignorance of the public.  Releasing  women from the deals they made doesn’t affect their privacy: if they don’t want to talk, they don’t have to. All it means is that they get to keep their hush money, and not lose it if they don’t hush.

Competent moderators would have and should have  pointed that out, but you know—Chuck Todd. NBC.

Bloomberg started out with deceit—“I knew what to do after 9/11 and brought the city back stronger than ever.”  He didn’t become mayor of New York until four full months after 9/11.  His performance went downhill from there. Anyone who got excited at the prospect of him being the nominee after last night needs to see a neurologist. END_OF_DOCUMENT_TOKEN_TO_BE_REPLACED 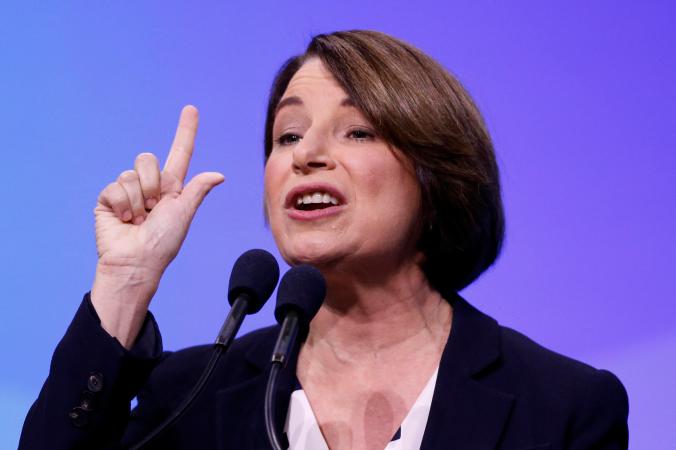 Senator Amy Klobuchar, the suddenly surging Democratic Presidential candidate, stumbled when she was quizzed by reporter Guadalupe Venegas of Telemundo on the name of the president of Mexico.

When asked “Can you tell me his name?” about the leader of the rather important U.S. neighbor to the south, Klobuchar answered “No.”

It is Andrés Manuel López Obrador,  known by his initials, AMLO ,  who took office in December 2018. (I had to look it up.) END_OF_DOCUMENT_TOKEN_TO_BE_REPLACED

I just spent 20 minutes or so trying to find a complete transcript of last night’s debate, and I failed. If I can find a link or someone sends me one, I might revisit the post, but probably not.

It was a dull and repetitive debate; I, at least, didn’t learn anything I hadn’t observed before.

So this won’t be too long. END_OF_DOCUMENT_TOKEN_TO_BE_REPLACED