And while I’m on the subject, to hell with you and your hate group too, Wonder Woman…

“We could ask all of the men in Congress to resign, is that what you’re asking me? You know that mostly all men do this kind of thing to women. It’s like saying there’s a good airline or a good bank, saying there’s some entity out there that is not sexist. They all should resign, every man in every industry. Maybe that’s a good thing because then women can take those positions and then we’ll finally get equal pay.”

You know, I don’t think I ask for too much. I just expect the champions of equality, fairness, mutual respect and civility to believe in and live by the principles they claim so indignantly and self-righteously to be fighting for. Is that an unreasonable expectation? Is it unreasonable to expect activists and advocates to hold themselves to the same standards they demand of others?

There need to be real and dire consequences for the head of NOW for making such an ugly, vicious, bigoted and hateful statement. That’s gender bias and stereotyping of the most egregious kind, and until and unless her organization retracts it, repudiates it,  and sheds this anti-male bigot from its leadership, I will not abide any of its supporters or members, and fully intend to do all I can to ensure that as many decent citizens as possible shun them as well.

Every candidate put forth by the Democratic Party, which courts NOW as part of its core constituency, needs to be read this statement and asked, yes or no, whether they endorse it or condemn it.

Under the definition of “hate group” used by the Southern Poverty Law Center— “any group with beliefs or practices that attack or malign an entire class of people”—Toni Van Pelt, speaking on behalf of her organization, has demonstrated that the National Organization for Women belongs on its list. NOW should be placed there, right next to such organized bigots as the KKK, as long Van Pelt is its leader or among its leader. END_OF_DOCUMENT_TOKEN_TO_BE_REPLACED 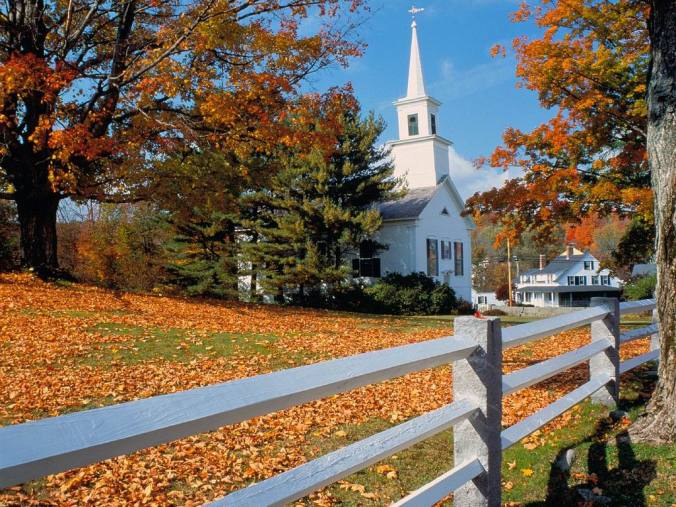 1 Yesterday’s ethics  bombshell was the news that Fox News extended its contract with star bloviator Bill O’Reilly earlier this year, knowing that he had agreed to a $32 million settlement with a woman who accused him of  repeated harassment, a non-consensual sexual relationship, and other offenses. Nonetheless, it decided  it decided to sign him a four-year, $25 million a year, contract extension. The New York Times scoop reported that Rupert Murdoch and his sons,  decided that it was worth it to keep O’Reilly even as Fox News was trying to recover after having to fire Roger Ailes for multiple sexual harassment claims. Fox added to the O’Reilly’s extension a clause that allowed for his dismissal if new allegations of harassment or other relevant information came out regarding the previous accusations.

Boy, am I glad that I didn’t lift my personal Fox New boycott after O’Reilly left.

This is unconscionable conduct by Fox, equal in its slimy ethics void to what the Weinstein Group did when it acknowledged its founders sexual predator proclivities in his contract. Fox News, by keeping O’Reilly knowing that he had harassed its employees (and worse),

How many other companies tolerate sexual harassers in their executive offices outside of Hollywood? A lot.

O’Reilly, demonstrating again that he is a liar as well as as a sexual predator, absolutely denies that he ever harassed anyone. He needs better lawyers, then. Harvey Weinstein paid off an actress he raped for just $100,000, and poor Bill had to fork over 32 million bucks for something he didn’t do!

2. This morning’s “Wait—WHAT?” ethics headline is this one, from the ABA News: “Lawyer who blamed ethics case on mother can’t discharge $500K in student debt, federal judge rules.”

Illinois lawyer Donald Rosen argued that his three-year license suspension for misappropriating over $85,000 in client funds made it impossible to find appropriate work and so should be allowed to discharge his $500,000 student debt. (How did he end up with a $500,000 student debt?). ‘Uh, no,’ ruled U.S. District Judge Rebecca Pallmeyer, perhaps because Rosen had paid only about $11,000 in student debt over the previous 37 years.

Why did Rosen blame Mom? He claims his 82-year-old mother, who worked at his firm, inadvertently used client funds to pay business expenses.  Rosen said his mother was embarrassed by her actions and falsified bank statements to cover it up. Then, Rosen says, he innocently provided those fake bank statements to police and the hearing board considering the ethics case against him.

3. How can this happen? Why is it happening? Who defends this? How long will it continue? END_OF_DOCUMENT_TOKEN_TO_BE_REPLACED

In Donald Trump’s meaningless statement yesterday, which was covered by the news media as if it was the revelation of the millennium, he  officially conceded that Barack Obama is a natural born U.S. citizen. He also used the silly media attention to drag out his announcement into a long campaign infomercial for which he didn’t have to pay a cent. Nice, and it serves the broadcast media right for giving any significance to a five-year-long trolling exercise.

Trump used the phony controversy over President Obama’s birth certificate to get publicity five years ago, because he is shameless. That’s all. Did he really think Obama was born in Kenya? Oh, who knows? He is an idiot, after all. Then again, he is a skilled professional troll. Whether he believed it or not, Trump used the issue to get attention then, and now has used his 180 degree reversal to get attention now. Obviously nothing has changed that would justify this flip-flop if he believed what he insisted was true for five years. A more transparently cynical and insincere retraction I cannot conceive. Who cares what Trump says he believes at any point, about anything?

But I digress. What really seemed to enrage the journalists who have embraced Rationalizations #28. The Revolutionary’s Excuse: “These are not ordinary times,” and #31. The Troublesome Luxury: “Ethics is a luxury we can’t afford right now” to anoint themselves as full-time volunteer members of the Hillary for President campaign, was that Trump said this:

“Hillary Clinton and her campaign of 2008 started the birther controversy. I finished it.”

END_OF_DOCUMENT_TOKEN_TO_BE_REPLACED

The first step is to call them out on it.

“While introducing Mrs. Clinton at a rally in New Hampshire on Saturday, Ms. Albright, 78, the first female secretary of state, talked about the importance of electing a woman to the country’s highest office. In a dig at the “revolution” that Mr. Sanders, 74, often speaks of, she said the first female commander in chief would be a true revolution. And she scolded any woman who felt otherwise.

“We can tell our story of how we climbed the ladder, and a lot of you younger women think it’s done,” Ms. Albright said of the broader fight for women’s equality. “It’s not done. There’s a special place in hell for women who don’t help each other!”

This is pure bullying, misandry and tribalism, anti-male bigotry and a double standard—not that there’s anything wrong with that.

No male politician, pundit or celebrity would dare argue that a man not only should but must vote for the candidate with testicles, because it would be immediately attacked—correctly—as sexist, bigoted, irresponsible, divisive and as an aside, stupid. How can intelligent people make a physiological feature that is unrelated to ability and competence the defining one in choosing a President?

Unfortunately, there’s an answer to that: this was how Democrats elected and re-elected the first black President, with over 95% of voting blacks using color as the prime reason to chance handing over immense power to an inexperienced, untested amateur at leadership and management. Yet even African-Americans were not so blatant and shameless as to openly state that any black American who didn’t vote based on pigment was deserving of eternal damnation. A former Secretary of State did that to bully women into voting for Hillary Clinton, however, as Clinton beamed.