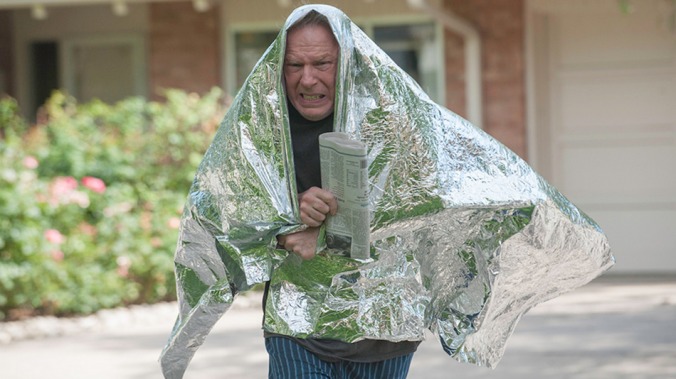 A New Mexico appeals court has refused to overturn the summary judgment dismissal  of Arthur Firstenburg’s five-year-old lawsuit against his neighbor Raphaela Monribot, whom he had accused of causing him excruciating pain and discomfort by using her iPhone, a Wi-Fi connection, dimmer switches, and other electronic devices in her own home. Firstenburg says that he suffers from electromagnetic sensitivity, or EMS, an acute sensitivity to electronic radiation that doctors and and scientists almost unanimously (but not quite) believe doesn’t exist.

Because Monribot had the misfortune to live next door to this guy, she had to defend against a $1.43 million lawsuit that has racked up court costs of over $85,000, and heaven knows what in legal fees. Firstenburg is not paying for any of it because he is broke; his lawyer, Lindsay Lovejoy, had taken the case on a contingent fee basis. She decided the appeal was a lost cause: the plaintiff handled it himself.

This case will, I assume, become the new poster child for those favoring a “loser pays” system, a bad idea that would be godsend in abuses of the system like this one. END_OF_DOCUMENT_TOKEN_TO_BE_REPLACED 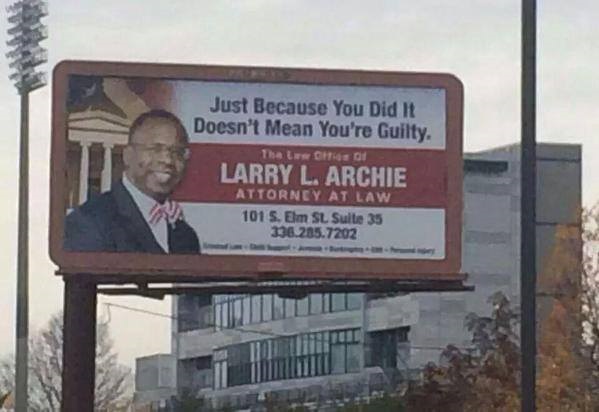 The billboard ad of North Carolina lawyer Larry Archie has drawn a lot of attention in the state and on legal ethics forums.

1. I was a little late seeing “Breaking Bad” ( I tend to avoid show with drug dealers as heroes) so I didn’t see the obvious connection between the popular AMC show’s cynical, unethical and effective slime-ball lawyer Saul Goodman, played by Bob Odenkirk, and last year’s jaw-dropping—but funny!—video ad for the services of Pittsburgh criminal lawyer Daniel Muessig.

2. This is why we ignore popular culture at our peril….and I think the legal profession needs to stop laughing and start worrying. People really do think Saul who is a criminal lawyer, is typical, and bar associations are doing very little to dissuade them. This is irresponsible, dangerous, and stupid. The profession has a duty to educate the public about how lawyers are supposed to act and why, and if it whiffs on that obligation (as it has for about the last hundred years) public respect for the justice system will continue to drop. END_OF_DOCUMENT_TOKEN_TO_BE_REPLACED