1. Oh-oh...I was worried about this. Early in the baseball post-season there were rumors flying that MLB had deadened its baseballs after a 2019 season that saw records shattered for homer frequency. I wrote (somewhere this month: I can’t find it) that if the sport really did mess with the balls at this point it would be a massive breach of ethics, changing the conditions of the game when the games mattered most.

So far, the conspiracy theorists have been bolstered by the statistics.

Baseball researcher Rob Arthur revealed in a Baseball Prospectus report on October10 that after nearly 20 postseason games, home runs were occurring at at half the rate the 2019 season’s homer frequency would predict. Arthur allowed for the fact that better pitchers and hitters  made up  playoff teams, and still  concluded that the ball was not flying as far as it did during the regular season. “The probability that a random selection of games from the rest of the regular season would feature as much air resistance as we’ve seen so far in the postseason,” he wrote, “is about one in one thousand.” A follow-up report by Arthur again found significant variation in the flight of the ball this postseason.

2. It’s not even 2020, and the New York Times isn’t even pretending  to be objective. Two examples from today’s Times:

END_OF_DOCUMENT_TOKEN_TO_BE_REPLACED 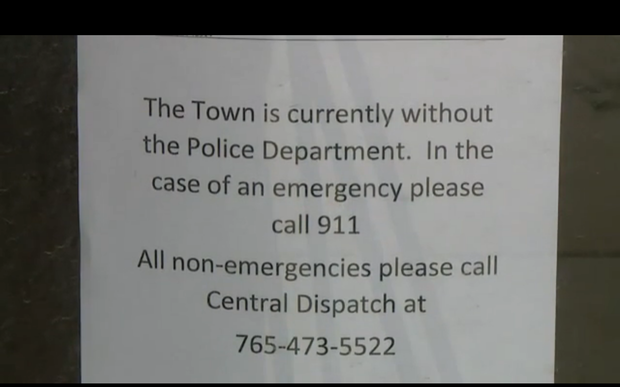 In Bunker Hill, Indiana, the police department resigned en masse over complaints about mismanagement and alleged unethical requests from the town council.
Town Marshal Michael Thomison submitted his letter of resignation and the resignation letters from his four unpaid deputies during the regular meeting of the town board last week.

Thomison alleged in his “I quit! Write your own damn parking tickets!” letter that the town board asked him to be involved in “illegal, immoral and unethical conduct,” as well as cutting police support and refusing to communicate with the officers. The Bunker Hill town council issued a statement denying the accusations, but it doesn’t matter what the provocation was. The police were in the wrong. This was settled long ago, by a wise man who clarified a bedrock principle of public service. Doing so helped make him President of the United States.

In 1919, as America recovered World War I, prices were rising faster than wages. With soldiers returning from Europe flooding the U.S. labor market, the burgeoning labor movement seized the nation. One-fifth of the country’s workers went on strike that year. New York’s harbor workers, textile workers in Massachusetts,  dressmakers, phone workers, elevated train workers— a general strike in Seattle closed all businesses from February 6 to 11. Some feared a Communist take-over.

The Boston police force was at the end of its forbearance. Starting pay for new officers had not risen in 60 years; police wages were  lower than those of unskilled factory workers. Officers worked seven days a week, with a day off every other week. They could not leave town without special permission. The typical work week for police was between 72 and 98 hours, and officers were required to sleep in the station houses, where conditions were uniformly horrible, with sub-standard sanitation, baths, beds, and toilets.

By June of 1919, with their legitimate grievances unaddressed, the police tried to unionize. The Massachusetts governor and his attorney general put forward legislation to make unionization illegal for public employees. The police responded  by voting 1,134 to 2 in favor of a strike, and scheduled it to start at evening roll call the next day.

On September 9, 1919, the Boston Police Department officers went on strike. Boston descended into lawlessness, with everything from petty crimes to looting and riots, and the  harassment of the striking officers. The mayor and the governor called out the State Guard, with the governor being adamant that there would be no settlement of grievances until the police returned to their jobs. To show he wasn’t bluffing, he eventually had  5,000 State Guards guarding the city with  mobile units using machine guns. His blunt and unequivocal statement made him nationally famous:

“There is no right to strike against the public safety by anybody, anywhere, any time.”

Police didn’t even have to pay for their own uniforms any more.

The next year that stalwart governor was nominated as Vice President on the Republican presidential ticket. By 1921, he was Vice President, and by 1923, President of the United States. His famous pronouncement about strikes against the public safety was one of his least concise statements. He was, of course, Calvin Coolidge.

Silent Cal was right in 1919, and he’s still right. Whatever the provocation and however just their cause, the Bunker Hill police were harming the public when they quit without notice or warning, and violated the public trust.

Meanwhile, Miami County Sheriff Tim Miller says that county deputies will patrol the town and respond to calls until a new police department can be hired.

“There is no right to strike against the public safety by anybody, anywhere, any time.”

Long before he was famous for his abrupt and verbally stingy one-liners, Calvin Coolidge’s best known quote was this one, and we forget it at our peril. The line probably made him President: its context was the Boston police force strike of 1919. Coolidge, then Governor of Massachusetts, sided against the strikers, who despite legitimate demands for better pay and working conditions, lost their jobs. The next generation of Boston police officers, mostly hired from the ranks of veterans of World War I, got the benefits the strikers sought.

Coolidge’s sentiment is still valid, though unpopular, as ever, with organized labor and public servant unions. It was the philosophical and historical basis for President Ronald Reagan’s firing of the striking air traffic controllers during his first term, despite stong public sympathy for their stand. Like the Boston Police in 1919, they also lost their jobs for ever.

12,000 nurses in Minnesota Nurses Association are eligible to vote today on a potential indefinite strike. END_OF_DOCUMENT_TOKEN_TO_BE_REPLACED