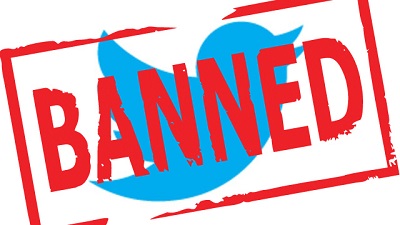 Many law firms and other companies specifically prohibit their employees from using social media.  The reasons should be obvious: social media use is inherently reckless and unacceptably risky for professionals and those with high profile jobs. This is especially, and I would say fatally true of Twitter. It is an accident waiting to happen, and the more powerful the user, the more damage the accidents will be.

The latest example is the saga of Richard Stegel, Under Secretary for Public Diplomacy and Public Affairs at the U.S. Department of State. He used his personal Twitter account yesterday to comment on the crisis triggered by the downed airliner in the Ukraine, prefaced the tweet with the State Department’s Twitter handle, and ended it with the hashtag #UnitedForGaza, which would appear to indicate his support of the Palestinians in its violent clash with Israel.

This is disturbing and diplomatically harmful for several reasons: END_OF_DOCUMENT_TOKEN_TO_BE_REPLACED

With the leak of the Obama Administration’s Justice Department memo laying out  alleged legal and Constitutional justification for targeted drone killings abroad, the ethical debate over this practice finally began in earnest. Back in October of 2011, I visited this topic in a post titled, “The Ethically Messy, Legally Muddled, Drone Killing of Anwar al-Awlaki,” who was an American citizen and also an al-Qaida leader and terrorist, and wrote…

This still accurately encompasses my view, although my confidence in the position has declined materially, in part because of the memo. However, my position in 2011 was based on the assumption, using the Bush Administration’s position, that the United States was engaged in a de facto war with al-Qaida, and as a tool of war, killer drones  are within ethical bounds by my analysis. The leaked memo, however, begins with the assumption that the drone strikes are not part of ongoing declared warfare, but rather a new variety of cross-border lethal intervention that has no legitimate statutory basis. I think that under those assumptions, targeting drone killings are illegal, unethical, and to the extent that they give the President of the United States the power to kill someone in any nation based on his assessment that person needs killing, ominous.

I’ll leave the legal analysis of the memo to others. For now, other than pointing readers to my earlier analysis of drone killings in the context of warfare, I just have some observations: END_OF_DOCUMENT_TOKEN_TO_BE_REPLACED

Ah, those were the good old days: when warfare was simple, fair, brutal and stupid!

The C.I.A. drone killing of Anwar al-Awlaki, an American citizen who was also an Al Qaeda leader, is raising multiple ethical controversies that pollute each other,  making ethical coherence all but impossible.

In his latest post on the National Review website, conservative blogger Jonah Goldberg wonders why the CIA hasn’t had the sense to assassinate WikiLeaks founder and current renegade leaker Julian Assange. That’s right: Goldberg believes that in the national interest (for Assange has gathered and leaked massive amounts of classified information relating to U.S. military operations), the U.S. government should murder an Australian citizen without due process, a trial, or anything approaching regard for law, ethics, and human rights.

I make it a rule, in the interest of civility and respect, to control the urge to sink to pure name-calling, but really: what an idiot. And a dangerous one. END_OF_DOCUMENT_TOKEN_TO_BE_REPLACED