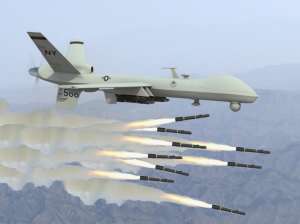 With the leak of the Obama Administration’s Justice Department memo laying out  alleged legal and Constitutional justification for targeted drone killings abroad, the ethical debate over this practice finally began in earnest. Back in October of 2011, I visited this topic in a post titled, “The Ethically Messy, Legally Muddled, Drone Killing of Anwar al-Awlaki,” who was an American citizen and also an al-Qaida leader and terrorist, and wrote…

This still accurately encompasses my view, although my confidence in the position has declined materially, in part because of the memo. However, my position in 2011 was based on the assumption, using the Bush Administration’s position, that the United States was engaged in a de facto war with al-Qaida, and as a tool of war, killer drones  are within ethical bounds by my analysis. The leaked memo, however, begins with the assumption that the drone strikes are not part of ongoing declared warfare, but rather a new variety of cross-border lethal intervention that has no legitimate statutory basis. I think that under those assumptions, targeting drone killings are illegal, unethical, and to the extent that they give the President of the United States the power to kill someone in any nation based on his assessment that person needs killing, ominous.

I’ll leave the legal analysis of the memo to others. For now, other than pointing readers to my earlier analysis of drone killings in the context of warfare, I just have some observations:

68 thoughts on “Drone Ethics: The Policy and the Memo”