This was Democratic Presidential hopeful Bernie Sanders, withdrawing his endorsement just yesterday of  Cenk Uygur, the far left media demagogue who could best be described as a liberal Alex Jones, but even more abrasive. Ridiculously, Cenk is running for Congress to replace ex-Naked Congresswoman Katie Hill, and since any Left Wing nut is a friend of Bernie’s, Sanders endorsed his candidacy yesterday, saying

“For many years Cenk has been one of the outstanding progressive journalists in our country. I’m endorsing Cenk because I know he will serve ordinary people, not powerful special interests. He is a voice that we desperately need in Congress…”

Wow. What an insult to other progressive journalists, which is, after all, almost all of them.  Uygur makes Lawrence O’Donnell look like Edward R. Murro. He makes Chris Cuomo seem like Tim Russert. And apparently Bernie feels that Congress needs a voice advocating bestiality.

In a  2013 video, Uyger told co-host Ana Kasparian that he would legalize bestiality if he had the power to do so. His criteria for legal bestiality would be “if you are pleasuring the animal.”  Yes, that’s Cenk! Presumably that same logic would justify man-boy sex and statutory rape.

Another segment his show “The Young Turks” featured the host equating sexual assault and homosexuality, insisting that men who sexually abuse other men must be repressing homosexual urges. On another segment, in 2013, he rated women on a scale of how hot they would need to be in order for a man to let her “suck his dick.” These days, since he is running for Congress, he swears that he was just trying to cause controversy (Alex Jones also uses this excuse), and that  he “had not yet matured” and “was still a conservative.”

After Bernie’s endorsement, he immediately came under attack by various progressive groups. California’s Women’s List, a “Political Action Committee dedicated to fundraising for, supporting, and electing pro-choice, Democratic women to office in California,” said in a statement, “California Women’s List is disappointed in Senator Sanders’ endorsement of Cenk Uygur, a candidate who has repeatedly used misogynistic, racist, and homophobic language. This endorsement appears to go against Senator Sanders’ platform and role as a leader in the progressive movement.”

Oddly, PETA was not heard from.

Bernie didn’t have the integrity or the guts to say he was withdrawing his endorsement because Uyger thinks humans should be able to have sex with their dogs as long as Snoopy seems to be enjoying it, and that’s unacceptable, even for a member of Congress.  Instead, Sanders mysteriously says that some supporters have concerns, and Sanders “understands.” Oh, good, Bernie: you understand why some judgemental people have “concerns” about man-goat romances. But the real reason he is withdrawing his endorsement is because Cenk isn’t accepting endorsements as of today.

So it’s not really like Bernie made a mistake after all.

Jon Stewart’s “Daily Show” riff on the Gaza conflict was praised to the skies by anti-Israel pundits, like MSNBC’s Cenk Uyger and the Daily Beast’s Dean Obeidallah as providing some kind of much needed moral clarity. In truth it was exactly the opposite, with the Obeidallah column unintentionally showing exactly what’s wrong with Jon Stewart.

Knowing that a disturbing number of Millennials (and an even more disturbing number of ignorant, impressionable older viewers who should know better) see the comedian as a truth-teller, Stewart makes no allowances in his comic routines for that fact. He intentionally encourages the idea that he is a legitimate pundit, then retreats to the convenient bunker of “Come on! I’m a comedian! Don’t take me so seriously!” when he is called out for lazy, misleading and biased—but funny! commentary. (Stewart criticizes Democrats with approximately the frequency of a lunar eclipse, which would be just fine for a comedian who didn’t pose as an objective critic of American politics.) END_OF_DOCUMENT_TOKEN_TO_BE_REPLACED

1. First, read the decision, here. When you do, you will be disgusted at the blatant exaggerations and outright misrepresentations by various pundits, advocates, activists and reporters. In the case of the latter, this is incompetence and a breach of duty to the public. In the case of the rest, it is either dishonesty and willful deception, or stupidity. For example, as an exercise, count the number of misrepresentations and misstatements inherent in this tweet, from MSNBC ‘s Cenk Uygur:

“I love that conservatives are now on the record as against contraception. Brilliant move to be against 99% of women!”

I count five, but I could be off by one or two. Is this genuine misunderstanding, or just intentional rabble-rousing? Who can tell, with shameless partisans like Cenk? END_OF_DOCUMENT_TOKEN_TO_BE_REPLACED 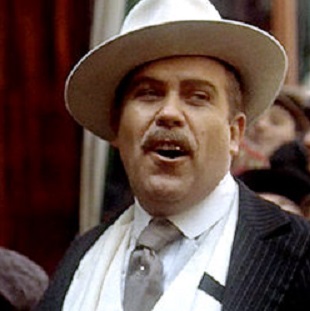 Someone connected to a lobbyist released a voicemail of the D.C. delegate to Congress, Eleanor Holmes Norton (D, not that the same kind of voice mail hasn’t been left by countless Republicans too), shaking down an industry that is greatly affected by the committee Holmes chairs (though she may not vote on the floor, the District being the victim of taxation without representation) for a financial contribution, in a wounded/threatening tone reminiscent of the Sicilian gangster Don Fanucci in “Godfather Part II” who shakes down a poor merchant by asking for “enough to wet my beak.” Cenk Uygur is almost humorously unsettled by Holmes’ naked venality and the quid pro quo corrupt practices it represents, and I sympathize.

As long as voters, leaders and the news media tolerates this kind of culture, complaints about the unresponsiveness of our elected representatives are laughable. It should be obvious that the first step to a better republic is refusing to tolerate bribery.