I usually cover this interesting poll when it comes out in early January; somehow I missed it this year., and am getting it in right under the January wire. The results don’t change much from year to year, as you will see,  and this year was no different.

As the have for many years now, nurses, once again, top the list. END_OF_DOCUMENT_TOKEN_TO_BE_REPLACED

The chart above shows the summary results of Gallup’s annual survey of the public’s trust in various professions. The venerable polling organization  has set out to measure the public attitudes toward the honesty and ethical standards of professions and occupations since 1976.  The  poll, conducted between December 3 and 12, 1,025, asked U.S. adults, as Johnny Carson’s quiz show didfrom 1957-1962, “Who Do You Trust?” and also “How much?” The survey has never revealed whether and how much any of these groups should be trusted, for trust is often irrational, and based more on perception than reality. If you want to be cynical about it, you can conclude that it only tells us who does the better job of conning those who depend on them.

As in every year for two decades, (with the exception of 2001, when firefighters were on the list after the 9/11 terrorist attacks) nurses topped the list.  Before that, pharmacists and clergymen  exchanged yearly titles for most-trusted. I have wondered if pharmacists lost votes once “It’s A Wonderful Life” started being shown on the networks every holiday season, with old Mr. Gower shown drunkenly loading pill capsules meant for a sick kid from the contents of a jar labeled “POISON.” However, there isn’t much mystery why public regard for the clergy’s ethics has dived. END_OF_DOCUMENT_TOKEN_TO_BE_REPLACED 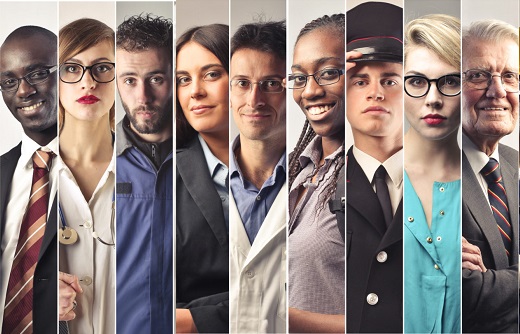 I’ve been following the Gallup organization’s yearly polls on public attitudes toward institutions and occupations for a long time. The results are in for 2017. I’ll discuss the ethics implication of the Gallup occupations poll first; Part 2 will cover the institutions.

The occupations poll tends to fluctuate more year to year, and is most interesting as viewed a competition. Who are most trusted and regarded as most honest? Who are least trusted? Nurses have been ranked #1 in public trust for 16 straight years. I guess this means not too many people watch “Nurse Jackie.” I assume the consistently high rating is because we tend to trust people we have to trust, thus confirmation bias, and because there haven’t been any major nursing scandals or “Angels of Death” in the news. As you will see from the chart, medical doctors are trusted much less. I think that’s the result of an illusion.

Only six professions rate as more than 50% “high” or “very high” for honesty and ethical standards: nurses, military officers, grade school teachers, medical doctors, police officers and pharmacists. The honesty rating of pharmacists dropped five points since 2016, however, and it an occupation that has sometimes finished right behind the nurses. Gallup guesses that the opioid crisis is to blame, and maybe that’s right, though I would think the doctors who prescribe the drugs are more to blame then the druggists who sell them.

Public views of the clergy have fallen like a Chinese space station. Before the Catholic Church child molesting scandal in 2001, the clergy was very trusted at the high 60% level. Now it is all the way down to 42%, though the total of high trust and average trust is still 85%. I think the film “Spotlight” hurt, as it should have.

Occupations that I would regard as having positive public trust include those whose high trust+average scores are higher than their low trust+average scores. That group, in addition to the occupations already named above, includes day care providers, judges, auto mechanics, nursing home operators and bankers. I think in all of these cases, the public has no real idea about how trustworthy these occupations really are. We just hope they are trustworthy, so again, we have a result that is polluted by wishful thinking. These people are entrusted with the welfare of our children, our cars, our parents and our money, plus the justice system. They better be trustworthy. Ignorance is bliss. 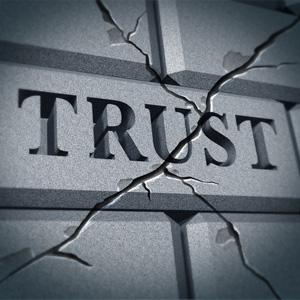 The annual Gallup survey is out. You can read Gallup’s commentary here, and see the details here. (you’ll need an Adobe reader.)

Gallup’s big announcement this time is that the Clergy has declined in perceived trustworthiness since 2012, but that’s a stretch: the percentage of respondents who rated the men and women of God as “high” or “very high” in honesty and ethics declined 5% from last year, but all of the most trusted professions had similar drop-offs, including the perennial winners, Nurses (down 3 points) and Pharmacists (down 5).  The Clergy still is among the most trusted professions, and that’s especially impressive since almost half the country doesn’t believe the basic premise of their calling. I think the Gallup reasonably figured that trumpeting that the clergy’s ratings had hit a new low would garner more publicity than “Car mechanics trusted more now than ever!”, which the data also would support. (They still aren’t trusted much.)

The real surprise is how little any of the professions have changed their public standing. TV reporters, near the bottom, are still as trusted as they were in 1998. Members of Congress, held in even lower esteem, are about where they were in 2009. Lawyers, mirabile dictu, are the most trusted since this survey began, which is not to say they are trusted—they are tied with TV Reporters. The only real head-scratchers are that Ad Executives are at an all-time high—why?—and that lobbyists score so much lower than the people who tell them what to do, Business Executives, and the people they corrupt, Members of Congress. I think it’s because most people have no idea what lobbyists do, but it sounds shady. END_OF_DOCUMENT_TOKEN_TO_BE_REPLACED

One reason why democracy doesn’t seem to be working very well is that the public is becoming increasingly ignorant about what makes it work at all. Evidence of this trend comes by way of a provocative study by the Pew Research Center, which polled the public regarding which professions it believes contribute the most to society.

The results can be found in this press release, this summary, and this article in The Careerist, but here is a snapshot:

END_OF_DOCUMENT_TOKEN_TO_BE_REPLACED

As it does periodically, Gallup has released the results of its surveys to determine what professions Americans regard as ethical, and which ones they don’t. Gallup notes that there has been very little change over the last two years; on its site, it compares the results to those of polls taken from 2004 to the present.

The professions that have positive ratings from the public are nurses, the military, pharmacists, grade school teachers, doctors, police, clergy, judges, and day care providers.

The rest are in the red, trust-wise, with TV and newspaper reporters coming in below auto mechanics and bankers, lawyers below them, business executives even below lawyers, and well below them, Congress, which comes in barely above car salesmen—and more people actually have a low opinion of Congress members than of car salesmen. Congress inches ahead because a larger number also think that members of Congress are ethical.