I need a little blood-stirring today, and my father’s favorite hymn always does the trick…

You know, character is my business, and my record is visible, public extensive and undeniable regarding the position that leaders, and especially U.S. Presidents, should have exemplary character—not just average character, but outstanding. It is exceedingly dangerous to our culture in the short and long term to have a leader whose ethical values are obviously lacking. I say obviously, because leadership is substantially symbolic as well as substantive: a President who has a seriously flawed character does minimal harm if he 1) knows how the govern and lead and 2) is skilled at playing a leader of exemplary character, despite sociopathic tendencies, or worse.

However, as importunate as character is, the evident lack of it is not justification for impeachment or removing a President between elections. The false, opposite claim is essentially the basis of the entire three year coup attempt by the Axis of Unethical Conduct (Democrats, the “resistance” and the news media). That is why so much of the “case for impeachment” are really ad hominem attacks on the President’s presumed motives, personality and alleged beliefs, none of which are remotely relevant to impeachment. It is the duty of educated experts not driven by bias, as well as the news media (which is now incapable of doing it’s job, which is informing rather than confusing the public) to explain that impeaching a President for having an objectionable character (according to his critics) is an incompetent, illegal and destructive act. Yet this—he’s a liar, he’s a racist, he’s an idiot, he’s a sexist, he’s corrupt, etc., etc, and so on-–is the guarantee default retort when anyone correctly points out to the Trump-Deranged that the Democrats and the resistance have no evidence of impeachable offenses at all. This is also why the polling shows so many people want the impeachment to succeed; not because they have a clue about the limitations on the the act of impeachment, but because they interpret the question as, “Don’t you wish we had a President who wasn’t such an asshole?”

Maureen Dowd, the Times whatsit columnists who is half political commentator and half-Joan Rivers, thoroughly disgraced herself yesterday by writing,

“You don’t realize how important character is in the highest office in the land until you don’t have it,” Schiff said. But the more impressive the Democrats’ case is, the more depressing the reality becomes. They want to convince themselves that character matters. But many Americans knew they were voting for a thug. They wanted a thug who would bust up Washington, and they got one.

It is the mark of how incompetent and irresponsible the President’s critics are than the impeachment debate is being argued at this base level of civic and ethics ignorance. 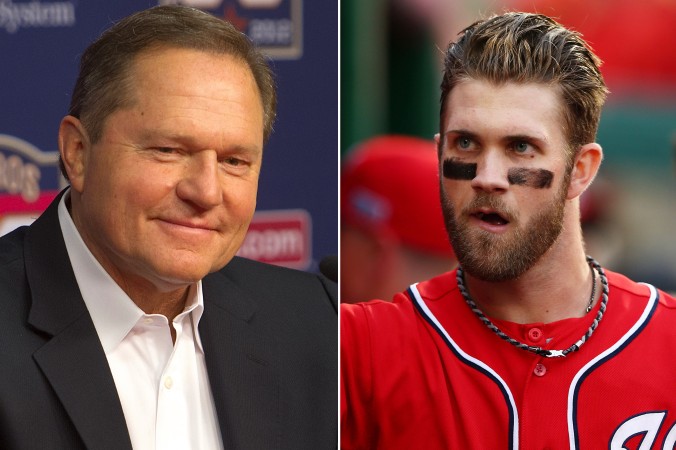 Baseball writers are the tools of baseball player agents, useful idiots who write on and on about the underpaid millionaire players and the unfair owners, who won’t pay them what they “deserve.” They scrupulously avoid educating readers about the unethical player agents who manipulate the system and the players for their own benefit, not their clients.  I have written about the unregulated and largely ethics-free baseball agents before, but their conduct this off-season is unusually revolting.

At the top of the list, as usual, is mega-agent Scott Boras, who cleverly treads the line between being an agent and a lawyer—he is both—while having too many stars under his thumb for the sports organizations or bar associations to hold him to account. For example, as a lawyer, Boras would be absolutely bound to tell his clients about a settlement offer, and would be subject to disbarment if he rejected an offer without communicating it to his client (you know, like you regularly see lawyers doing on TV and in the movies). However, there are no player agent rules that require an agent to communicate a team’s salary offer to a player. Agents can, and presumably do, reject offers without their clients ever hearing about them. This, of course, avoids the problem of a baseball star saying, “Oh, hell, that’s more money than I could ever spend anyway. I know it’s less than we talked about, but go ahead and take it.”

Agents have conflicts of interest so grand, and apparently so little understood, that meaningful consent from the client, theoretically the remedy, is virtually impossible. Let’s look at Bryce Harper, Boras’s client who is seeking more than $300 million dollars over a ten year guaranteed contract. Harper is 26 years old and has already made 49 million dollars, not counting endorsements. The functional utility of each dollar he earns is less than the one earned before in his situation. Realistically, there is very little difference between a $250,000,000 contract and a $300,000,000 contract to Harper, except from an ego perspective. The extra 50,000,000 won’t make any difference to him. Boras, however, is a different matter. Let’s say his cut of Harper’s salary is 5%.  He’ll get 15,000,000 if Harper signs for the high figure, but “only” 12,500,000 if Harper agrees to the lower figure. $2.5 million means nothing to Harper: he could throw it down the toilet, and wouldn’t feel a thing. The difference to Boras, however, is much greater in practical, and add to that the marketing advantage of being able to tell potential clients that he set the new all-time record for a free agent contract for his client. END_OF_DOCUMENT_TOKEN_TO_BE_REPLACED