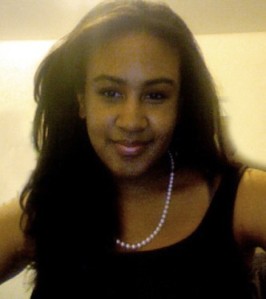 To be fair, Tamara can blame the fact that she thinks this is a valid law suit on her cognitive problems…

Why this story didn’t make my head explode, thus rating the KABOOM! label, is a mystery. My theory is that the truly idiotic and ignorant exclamations on Facebook by my usually rational friends about guns in the wake of the Orlando terrorist attack have gradually strengthened my skull’s tolerance to internal pressure.

Once again, I have encountered a news story that required me to check and see if it was a hoax.

Tamara Wyche is a 2013 Harvard Law School graduate who is suing the New York State Board of Law Examiners. She claims she twice failed the bar exam because it refused to provide the same kind of testing accommodations that the law school did for her in her exams there, in recognition of her various cognitive problems. The fact that she flunked while being forced to take the exam under the same rules as everyone else resulted in the large Boston law firm Ropes & Gray terminating her employment. You can read her complaint here.

I confess that I didn’t read all of it: I didn’t want to press my luck with the old cranium.

The 29-year-old Wyche says she was diagnosed with depression and anxiety as a first-year law student at Harvard, and also  suffered several head injuries (?) that resulted in permanent memory problems and cognitive issues, requiring her to take several leaves of absence from her studies. She finally earned her law degree in 2013 thanks to Harvard granting her several doctor-recommended accommodations, including 50% extra time on tests, a separate testing room, and extra break time. She also was exempt from being called on in class, because of a propensity for anxiety and panic attacks.

Allow me to cut to the chase for a second, again in the interest of my dangerously bubbling brains, and perhaps yours. END_OF_DOCUMENT_TOKEN_TO_BE_REPLACED

This belongs in an emerging sub-category: future legal weenies. We have already seen black law students insisting that they be able to defer exams because the Eric Garner death has them too preoccupied to concentrate, and other law students protest an “insensitive” exam question involving the Ferguson riots. This trend does not bode well for the ability of citizens to receive competent representation in years to come. The latest entry was revealed by Harvard law professor Jeannie Suk, who registers her observations  in the New Yorker.  Suk says rape law is becoming impossible to teach and may be dropped from criminal law courses because many students can’t handle the stress of the subject matter. Criminal law professors at several schools confirmed that they are no longer teach rape law because they fear student complaints.  Suk writes, “Many students and teachers appear to be absorbing a cultural signal that real and challenging discussion of sexual misconduct is too risky to undertake—and that the risk is of a traumatic injury analogous to sexual assault itself.” END_OF_DOCUMENT_TOKEN_TO_BE_REPLACED

There is a problem, all right, but not the one you might think—at least not this time.

Smith College President Kathleen McCartney attempted to  show support for her students  protesting racism and police brutality by sending a campus-wide email titled, “All Lives Matter.” But the official slogan of such protests is “black lives matter.” McCartney immediately came under fire from black students and others, accusing her of minimizing the specific nature of her concerns. “No, Kathy. Please do not send out an email saying ‘All lives matter.’ This isn’t about everyone, this is about black lives,” Sophia Buchanan, a Smith student, in a typical critique.

The college President apologized several hours later, saying that she hadn’t thought about the fact that “all lives matter” was being used by some as a rebuttal to “black lives matter”:

“I regret that I was unaware the phrase/hashtag ‘all lives matter’ has been used by some to draw attention away from the focus on institutional violence against Black people…. “It minimizes the anti-blackness of this the current situation; yes, all lives matter, but not all lives are being targeted for police brutality. The black students at this school deserve to have their specific struggles and pain recognized, not dissolved into the larger student body.”

That statement put her in the cross-hairs of the “conservative media” and others, who treated it as a full-fledged “gotcha!” What??? Saying that all lives matter is offensive now? What next Orwellian proposition will political correctness bullies demand from spineless college administrators? END_OF_DOCUMENT_TOKEN_TO_BE_REPLACED