While narcissist Woody’s contribution to the Ethics Alarms Rationalizations list states that something is ethical if you want it badly enough, as in, “I really, really want to have sex with my adopted daughter,” its recently revealed parent hold that conduct becomes justifiable and benign if there is a market for it. Woody’s excuse is bad, but this is worse. For one thing, it’s usually disingenuous. Those who employ the Dealer’s Excuse aren’t providing a service out of altruistic motives, but out of the profit motive. They want the money they can make by doing unethical things that make society uglier, dysfunctional and dangerous, and they really don’t care if their customers come to a bad end or bring miseries to others.

The most famous exposition of The Dealer’s Excuse is in “The Godfather,” as Don Corleone and the other mafia heads discuss their “business.” The Godfather is balking at adding drugs to the mob’s businesses, and says:

When — when did I ever refuse an accommodation? All of you know me here — when did I ever refuse? — except one time. And why? Because — I believe this drug business — is gonna destroy us in the years to come. I mean, it’s not like gambling or liquor — even women –which is something that most people want nowadays, and is forbidden to them by the pezzonovante of the Church. Even the police departments that’ve helped us in the past with gambling and other things are gonna refuse to help us when in comes to narcotics. And I believed that — then — and I believe that now.

END_OF_DOCUMENT_TOKEN_TO_BE_REPLACED 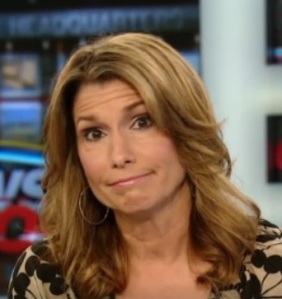 Sorry Carol; you should have had this years ago.

I just checked. I was certain that I had named Carol Costello an Ethics Dunce a half-dozen times at least, and discovered, to my shock and shame, that she has never been designated one here. Unethical Quotes of the Month, the chief offender in various disgraceful and biased performances by CNN or the news media as a whole, but somehow the most throbbingly ethics-challenged broadcast journalist not employed by MSNBC or Fox has never been honored as an Ethics Alarms Ethics Dunce!

Well, that streak ends now, and I can make it short and sweet.

This morning, Costello once again confidently proclaimed her lack of familiarity with the concept of ethics by summing up the conviction of former Virginian Governor Bob McDonnell and his wife for bribery and corruption this way:

I’m just going to go into my shed with a hammer, and club myself into oblivion, because obviously my life is pointless and an utter failure. END_OF_DOCUMENT_TOKEN_TO_BE_REPLACED

Moon and Mary. If home is where the heart is, she’s probably OK.

This is a fact: Mary Landrieu, the Democratic senator from  Louisiana, doesn’t live in that state, hasn’t for years, and nobody believes she does.

She and her husband, who, unlike the Senator, doesn’t even pretend to live in the Bayou State, live in what the Washington Post calls “a stately, $2.5 million brick manse she and her husband built on Capitol Hill.”  The problem, or what should be a problem, is that Louisiana, by law, requires its U.S. Senators to really and truly live there. Louisiana’s Election Code states that a U.S. senator must be “an inhabitant of Louisiana when elected,” and Landrieu is hoping to be elected, which in her case means re-elected in November.

They are clever in Louisiana, so Landrieu, wink-wink-nudge-nudge, claims that she resides in the New Orleans neighborhood of Broadmoor in the home where her  parents, Moon (yes, Moon) and Verna live.  The Post explains that Verna Landrieu jointly owns the house with Nineland Partnership, a limited liability corporation the family set up for the estate planning purposes. Senator Landrieu and her eight siblings, who all grew up in the house, have equal stakes in the partnership.

She does not, in fact, live there. The other families ion the neighborhood all admit that they have never seen her.  Yet when she signed papers, under oath, establishing that she was running again for U.S. Senator, though Senator Landrieu’s  statement of candidacy filed with the Federal Election Commission  listed her Capitol Hill home as her address,  she listed her parents home as her residence to qualify for the ballot in Louisiana last week. END_OF_DOCUMENT_TOKEN_TO_BE_REPLACED 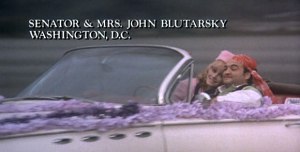 The Todd Akin debacle has me wondering why we don’t take measures to block the ignorant and dim-witted from gaining high elected office. I know what you are going to say: that’s what elections are for. But we can’t bar ignorant and stupid people from voting: that’s been settled in court. It shouldn’t surprise us that they frequently tip elections toward candidates that the pollsters describe as “people like them”, and voilà! Todd Akin.

Akin is far (well, maybe not very far) from the  most intellectually suspect member of Congress. For example, Georgia Congressman Hank Johnson once expressed concern that the island of Guam might tip over, like a raft. There are too many other telling anecdotes relating to other members of Congress, in both parties. For those who shrug cynically and argue that it’s always been that way, there is solid evidence that indeed, Congress is getting dumber over time. A study of every word spoken in Congress concluded that the grade level at which members of the legislative branch speak has fallen a full grade since 2005, to just half-way through the junior year of high school. Democrats are slightly more articulate (.4 of a grade) than Republicans as a group, but that just could be because Joe Biden left to be Vice-President. END_OF_DOCUMENT_TOKEN_TO_BE_REPLACED

Well, maybe there’s something wrong with Wisconsin after all.

In Sheboygan, Mayor Bob Ryan, is about to face Terry Van Akkeren in the first mayoral recall election in that Wisconsin city’s history. It was prompted after Ryan was caught on tape passed out in a bar after a drinking binge last summer. More than 4,000 Sheboygan voters signed petitions to force the recall.

As one would expect, the mayor who humiliated his community, set a wretched example for his public (and their kids), showed that he has allowed his alcohol problem to render him unfit to serve, and violated a pledge he had made in 2009 (when he was running for office) that he had given up drinking for good, now argues that the incident is irrelevant. He says that what matters is who can bring the most jobs back to Sheboygan. END_OF_DOCUMENT_TOKEN_TO_BE_REPLACED

To be more accurate, the heroic component in this instance is the liberal wing of SCOTUS ( Justices Sotomayor, Kagan, Ginsberg, and Breyer) plus the swing vote, Justice Kennedy, who wrote the majority opinion in Brown v. Plata.  The decision upheld a court order requiring California to release a staggering 46, 000 inmates of its prisons, more than a fourth of the those sentenced there. The majority concurred with the lower court’s assessment that California prisons were so obscenely over-crowed that conditions amount to a human rights violation and a breach of the constitutional prohibition on “cruel and unusual punishment.”

Some Supreme Court decisions come down to ethics as much as law, and this was certainly one of those times. At issue from a legal standpoint was  whether federal judges had the power to order the release of state prisoners as a necessary means of curing a constitutional violation. But the brilliant legal minds on the conservative side of the Court’s divide had no problem answering that question in the negative, and persuasively too.  The dilemma is that California’s least sympathetic citizens, its residents of the state’s penal institutions, are being kept in conditions that violate their constitutional rights, and despite many years of knowing about the problem, the state hasn’t found a way to rectify it. END_OF_DOCUMENT_TOKEN_TO_BE_REPLACED

Eugene Deguadio, a Loudoun County, Va. lawmaker, told his 100,00 followers in the conservative nonprofit Public Advocate of the United States that the airport feel-up pat-downs (of which Ethics Alarms readers know I am so fond) are really meant to complete a Transportation Security-assisted “homosexual agenda.” “That means the next TSA official that gives you an enhanced pat-down could be a practicing homosexual secretly getting pleasure from your submission,” he wrote to the group, which he leads in his spare time. END_OF_DOCUMENT_TOKEN_TO_BE_REPLACED