Even white actors, as long as they are willing to be treated as if they aren’t wanted…

“Backstage,” a popular industry website for actors and technicians, recently posted a casting call for an ensemble production Off-Off Broadway in New York City. The post included this…

It also offered this…

As soon as an enterprising journalist at the Daily Wire began querying the playwright about these discriminatory requirements—of course they are illegal, but he got statements from two Constitutional scholars to pass along—the Back Stage announcement was changed to reflect no racial disparities.

That was an email from Democratic National Committee Data Services manager Madeleine Leader, announcing that the Technology Department is looking to fill several positions and asking interested parties to forward the openings to their colleagues.

“I personally would prefer that you not forward to cisgender straight white males, since they’re already in the majority.”

Seven questions bubble up to the surface as I ponder this:

1 Why is Madeleine Leader still employed by the DNC? I can answer that one: her email accurately reflects the culture of the Democratic National Committee, and the Democratic Party. If she wasn’t completely confident that such an open expression of prejudice and discrimination would be acceptable, she would not have dared to put such a sentiment into print.

Even so, if the Democrats had an ounce of sense or even aspired to decency, they would have fired Leader with expressions of horror, and proclaimed her a rogue employee. However, the party apparently believes that its base and perhaps even the typical Democrat will read Leader’s message and say, “What’s the matter with that?”

2. Do progressives and Democrats really think there is a difference between saying “no white, straight males need apply” and “no black lesbians need apply”? I can answer that one too. Of course they do. They really think the latter is despicable, racist, sexist homophobia, and the former is just virtuous diversity at work.

They really do. No, seriously. They do.

3. Why was this story first reported at the Daily Wire, a conservative website, then at several other conservative websites, then on Fox News, and finally at The Hill, a political website that tilts left, but not yet at any mainstream media sources?

See #1 above. One reason the DNC thinks it can pretty much duck this embarrassment is that it knows the mainstream media will cover the party’s  tracks by not reporting the story. “Democracy dies in  darkness,” pompously proclaims the Washington Post on its front page. Right. The Post doesn’t want independents or anyone who isn’t in lock-step with whatever the Democratic Party does or says to know how low the party of Jefferson, Jackson and FDR has sunk, and how much it has abandoned democratic ideals. It has been three days since Leader’s email became public. The Post has kept the story in darkness.  So has the New York Times, apparently because blatant bigotry at the DNC isn’t news fit to print. END_OF_DOCUMENT_TOKEN_TO_BE_REPLACED

It’s Kim Davis Day, when we will find out whether the recalcitrant clerk will step aside, allow her deputies to do her job, obey the judge, and not interfere with American couples who want to get married in Kentucky, or, as many expect, will again take her marching orders from God, defy the Supreme Court, start speaking in tongues, or find some other way to make a public nuisance of herself. The latter, we can only hope, will send her back to jail, and give Mike Huckabee, Ted Cruz, Bobby Jindal and some other Republicans an opportunity to grandstand.

The issue this raises for me is: Why would any employer  hire someone who reveals themselves as a Davis-level religious zealot? END_OF_DOCUMENT_TOKEN_TO_BE_REPLACED

Something is seriously amiss in Kansas.

Beve, June, Wally, Ward…I’m so sorry you got pulled into this…

Are there conservatives who can’t see how hypocritical, presumptuous and wrong this is?

I know one who doesn’t, at least: Kansas State Sen. Forrest Knox ( R-Altoona), who has introduced  Senate Bill 158 . It will use the power of money to persuade  foster parents to live like a “Leave it to Beaver” family. That’s Knox’s description, not mine.

Senate Bill 158 creates a “special category” known as licensed CARE families, who can receive “substantially higher” pay from the state than foster families who don’t qualify.

According to the language of SB 158, a CARE family is…

In other words, if I really have to spell it out, “church.” The law can’t say church, because that would violate the Bill of Rights. I suppose they could all join a cult. END_OF_DOCUMENT_TOKEN_TO_BE_REPLACED

You won't need that portrait any more, Dorian...the Americans with Disabilities Act has you covered!

It is rare that an ethics train wreck of culture-wide proportions can be prevented with a firm, “Shut up, and go away!” This appears to be one of those times, however, and if anyone is reluctant, I hereby volunteer for the job.

Daniel S. Hamermesh, a professor of economics at the University of Texas, is shilling for his book, “Beauty Pays,” in which he proves the unremarkable fact that being attractive is an advantage in society , and being unattractive is an impediment. He recently hit the op-ed pages of the New York Times, writing, among other things, this:

“Why this disparate treatment of looks in so many areas of life? It’s a matter of simple prejudice. Most of us, regardless of our professed attitudes, prefer as customers to buy from better-looking salespeople, as jurors to listen to better-looking attorneys, as voters to be led by better-looking politicians, as students to learn from better-looking professors. This is not a matter of evil employers’ refusing to hire the ugly: in our roles as workers, customers and potential lovers we are all responsible for these effects.”

“How could we remedy this injustice?”

Whoa! There it is, the magic words that open the door for ham-handed social architects to do what they always to do, try to remedy the results of natural human proclivities and preferences with laws. END_OF_DOCUMENT_TOKEN_TO_BE_REPLACED 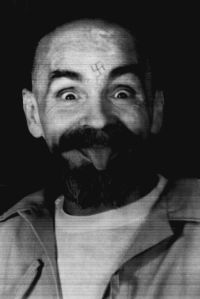 Charlie made a different kind of mistake, too!

“We’re people, we’re not monsters. We’ve just made a different type of mistake than someone else.”

— 34-year-old John Collins, who announced his support for a provision being pushed forward by the Seattle Office For Human Rights, which believes that convicted criminals should be made a protected class.

Collins sure made a different kind of mistake, all right. He served four years in prison for drugging and raping his estranged wife. END_OF_DOCUMENT_TOKEN_TO_BE_REPLACED