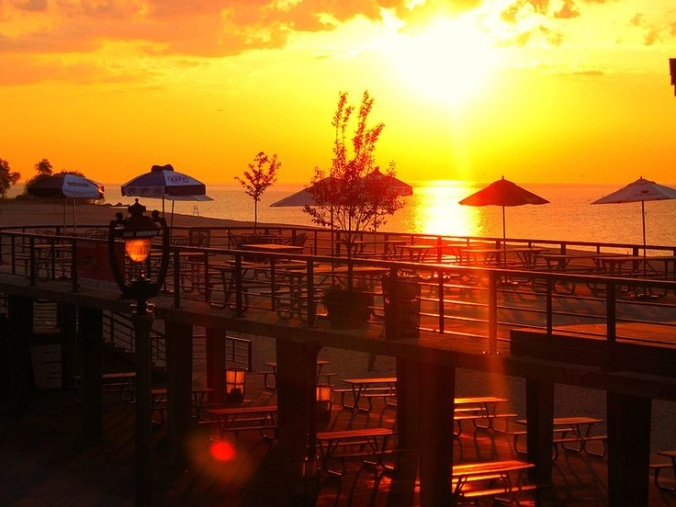 1. Here is the level of logic and ethical reasoning the public is subjected to by the media: Here is NBC Sports blogger Bill Baer on why it is misguided for the Milwaukee Brewers not to punish relief pitcher Josh Hader—whose career crisis I discussed here–for tweets he authored when he was in high school seven years ago:

The “he was 17” defense rings hollow. At 17 years old, one is able to join the military, get a full driver’s license (in many states), apply for student loans, and get married (in some states). Additionally, one is not far off from being able to legally buy cigarettes and guns. Given all of these other responsibilities we give to teenagers, asking them not to use racial and homophobic slurs is not unreasonable. Punishing them when they do so is also not unreasonable.

A study from several years ago found that black boys are viewed as older and less innocent than white boys. A similar study from last year found that black girls are viewed as less innocent than white girls. Michael Brown, Tamir Rice, and Cameron Tillman, among many others, never got the benefit of the doubt that Hader and countless other white kids have gotten and continue to get in our society. When we start giving the same benefit of the doubt to members of marginalized groups, then we can break out the “but he was only 17” defense for Hader.

How many repeatedly debunked false rationalizations and equivalencies are there in that blather? It’s not even worth rebutting: if you can’t see what’s wrong with it…if your reaction is, “Hey! Good point! Why is it OK for a cop to shoot a teenager for charging him after resisting arrest, but not OK to suspend a ball player for dumb social media posts he made in high school?”…I am wasting my time. And NBC pays Baer as an expert commentator. It might as well pay Zippy the Pinhead.

2. Is this offensive, or funny? Or both? Increasingly, we are reaching the point where anything that is funny is offensive, thus nothing can be funny. The Montgomery Biscuits, the Tampa Bay Rays’ Double-A affiliates, will be hosting a “Millennial Night” this weekend, being promoted with announcements like this one: “Want free things without doing much work? Well you’re in luck! Riverwalk Stadium will be millennial friendly on Saturday, July 21, with a participation ribbon giveaway just for showing up, napping and selfie stations, along with lots of avocados.”

Apparently there has been a substantial negative reaction from millennials, and the indefinable group that is routinely offended on behalf of just about anyone.

Nonetheless, I agree with the critics. I think the promotion goes beyond good-natured to insulting. It’s like announcing a Seniors Night by guaranteeing free Depends and promising extra-loud public address announcements that will be repeated for the dementia-afflicted who forget what they just heard. [Pointer: Bad Bob] END_OF_DOCUMENT_TOKEN_TO_BE_REPLACED

Good morn..oh, who am I kidding? It’s a crap morning…

[The Warm-Up is going to be uncharacteristically short. (UPDATE: Well, not that short, as it turned out…) Between my hotel check-out and my arrival home, I spent 11 hours in lines, crowded airports, an airplane, listening to violent thunderstorms and trying to get online with the wi-fi going in and out, not to mention the usual excessive intake of junk y food purchased at exorbitant prices. On top of that, I’m really ticked off, behind the 8-ball in too many projects to mention, out of food, and can’t figure out how to release the emergency brake on the only functioning car we have, my son’s Mercedes.]

“A group of protesters accosted Florida Attorney General Pam Bondi outside the screening of the new documentary about Mister Rogers at the Tampa Theatre on Friday night, questioning her about her recent actions on health care policy and her stance on immigration.

A video of the confrontation, taken by progressive activist Timothy Heberlein of Organize Florida, shows several people shouting down Bondi as she leaves the theater escorted by law enforcement after seeing Won’t You Be My Neighbor….”

2. Tales of the double standard… From Mediate: END_OF_DOCUMENT_TOKEN_TO_BE_REPLACED

A friend posted on Facebook yesterday that she was “disgusted” by all the white people wearing “Make America Great Again” hats around the Capitol yesterday. This struck me as akin to the joke about the boy who murdered his parents seeking mercy from the court because he was an orphan. African Americans, especially around D.C., have been urged and in many cases bullied to boycott everything having to do with Trump, and now people like my friend are suggesting that blacks are being excluded, proving the racism of the new President.

I actually deleted a section that said: “Just watch: some inveterate news media race-baiter will cite the abundance of whites to impugn Trump and Republicans. Which will it be?” The answer, we now know, is Byron Pitts. Virtually the entire Congressional Black Caucus boycotted the event, blacks who expressed support for Trump or even hinted that the supported the Inauguration faced shunning and threats, and this guy had the gall to say, during the ABC coverage today,

What does that tell Pitts? It tells me that one segment in society is willing to put color and politics aside and support a duly elected leader, and one is not.

END_OF_DOCUMENT_TOKEN_TO_BE_REPLACED

Principled, thoughtful, erudite, serious and informed conservative pundit George Will has announced that he has officially left the Republican Party, changing his status in Maryland, where he resides, to unaffiliated.  He urged conservatives not to support presumptive GOP nominee Donald Trump even if it leads to a Democratic victory in the 2016 presidential election.

“Make sure he loses. Grit their teeth for four years and win the White House,” Will said during an interview after his a Federalist Society speech in which he said, “This is not my party.”

I have read Will for as long as he has written, and heard him speak twice. This has to be hard for him, but it also is the only decision for someone who cares about and understands language, law, values, leadership, history, U.S. culture and the duties of citizenship. He is modelling integrity, as clearly as Paul Ryan, for example, is not.

This is what integrity looks like. Though Will does not profess to have any hope that the GOP will have the courage or determination to reject Trump at this point, his announcement still increases the pressure on the party to do so. 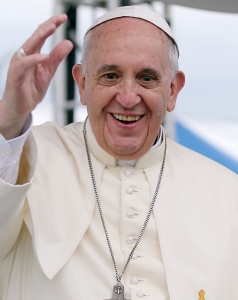 Hi Pope Francis! I couldn’t care less what you think about global warming, air conditioning, gay marriage, redistribution of wealth or world peace, but have a great time on your trip!”

“Francis’s fact-free flamboyance reduces him to a shepherd whose selectively reverent flock, genuflecting only at green altars, is tiny relative to the publicity it receives from media otherwise disdainful of his church. Secular people with anti-Catholic agendas drain his prestige, a dwindling asset, into promotion of policies inimical to the most vulnerable people and unrelated to what once was the papacy’s very different salvific mission. He stands against modernity, rationality, science and, ultimately, the spontaneous creativity of open societies in which people and their desires are not problems but precious resources. Americans cannot simultaneously honor him and celebrate their nation’s premises.”

—–Columnist George Will, appropriately cutting through the hypocrisy and hype surrounding Pope Francis’s visit, as well as his irrelevant policy advocacy for which he possesses neither the credibility nor the authority to receive the attention it will receive.

Oh, there are lots of wonderful and much-needed statements in Will’s piece; I could have justified making the whole column a Quote Of The Month. This one might be even better:

“In his June encyclical and elsewhere, Francis lectures about our responsibilities, but neglects the duty to be as intelligent as one can be. This man who says “the Church does not presume to settle scientific questions” proceeds as though everything about which he declaims is settled, from imperiled plankton to air conditioning being among humanity’s “harmful habits.” The church that thought it was settled science that Galileo was heretical should be attentive to all evidence.”

Bingo. I have had to reschedule two seminars in Washington, D.C. because the Pope is literally shutting down the city. Why? Why should any aspect of our lives as Americans grind to a halt because a man who claims a divine wisdom that most of the American public does not attribute to him (and should not) presumes to lecture us?  He is pontificating (literally!) regarding matters that neither his own background nor the position he occupies provides legitimate reason to regard him as having sufficient expertise, perspective, or moral standing beyond the humblest blogger or citizen toting a sign.

Most galling of all, why isn’t the exploitation of the Pope’s archaic influence by progressive activists who spend the rest of the year mocking Christianity discredited in the news media as the cynical exercise it is?

“Americans cannot simultaneously honor him and celebrate their nation’s premises.”

I just watched George Will stun the Fox News Sunday panel by arguing against virtually all conservative pundits by insisting that the U.S. should welcome the hoard of children being apprehended at the border as they accept the current Administration’s open invitation to illegal immigrants.

“We ought to say to these children, ‘Welcome to America, you’re going to go to school and get a job and become Americans,’” Will said. “We have 3,141 counties in this country. That would be 20 per county. The idea that we can’t assimilate these eight-year-old criminals with their teddy bears is preposterous.”

I think the policy that Will is advocating is foolish, wrong, and will continue to incentivize illegal immigration.Nonetheless, in giving his contrarian opinion Will demonstrated personal integrity, courage, and showed those who accuse him of being a knee-jerk mouthpiece for Republicans and conservatives that they are wrong. His independence from the right-wing echo chamber also encourages viewers to start thinking for themselves.

I pledge to give a matching Ethics Hero designation to the first liberal pundit who argues that the human weapons in this unethical “think of the children!” assault on our laws and sovereignty should be shipped home, thus demonstrating similar integrity and independence from progressive talking points.