I should be writing an evening ethics potpourri, but I’m watching the Red Sox, who have been terrible, play the Mets, who I detest, so I’m too distracted. But while I was sitting here, two baseball ethics issues popped up. I can chew gum and walk at the same time, but I can chew gum and think about gum.

The first issue is schadenfreude-related. John McNamara died today in his eighties. He’s the Boston Red Sox manager most fans, including me, hold responsible for the Sox losing to the Mets in the 1986 World Series`. I’m sure Johnny Mac, as he was called, was a wonderful husband and father, but he was a lazy, terrible manager who got jobs when lazy, terrible team owners wanted to choose an organization man who wouldn’t rock the boat. He was incompetent, basicly, like so many middle managers in conventional businesses who take jobs away from better, harder-working, smarter people because they know how to play the right games and suck up to the right people. As a baseball manager his stock in trade was inertia. He had a flat learning curve, assumed problems would solve themselves eventually, and never took risks.

He was the epitome of a hack, in short. Such employees and professionals are a blight on society and civilization, but it’s not intentional, and not exactly their fault that there are too many of their breed, and that collectively they make life for the rest of us more nasty, brutish and short than it should be. END_OF_DOCUMENT_TOKEN_TO_BE_REPLACED 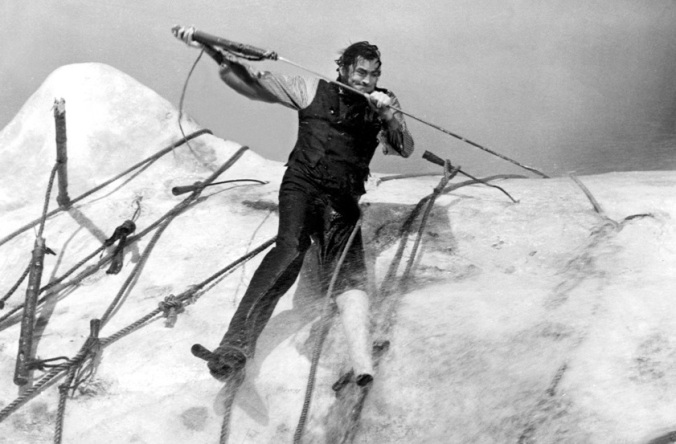 Over the weekend I attended a local theater production at the behest of an old friend who was involved in it. I did so with great hesitation. You see, several decades ago, I directed a show for this company, an old and popular community institution. Not only was I treated as miserably as I have ever been treated by an organization in my life; my cast and staff were abused as well. I encountered perpetual arrogance, nastiness, pettiness and hostility, all of which is common in the theater world and especially the amateur end of it, but not on this level.

I would enjoy itemizing the particulars of my indictment against this organization, but it would be an indulgence, and would necessarily lengthen the post. I’ll just note that the fact that an African-American member of my cast and her family were harassed more than once by the venomous seniors running the company like their own private East Germany was not an indispensable part of my conclusion that the company was  a special gift from Hell. I would have come to the same conclusion even if the group hadn’t been racist as well as venal, exploitive, dictatorial, mean, incompetent, vindictive, and stupid.

So I attended the show, which was not bad at all, though I felt like Jeff Goldblum making a visit to Jurassic Park. (The tickets were comped: it I had to pay a cent for them, I would not have gone.) My last time in that building—the group owns its theater facilities–I vowed not only that I would never return, but that I would take every opportunity to undermine the company’s strength, viability, reputation and existence. I had, too, until I attended the show. I take pride in the fact that I have warned many previously naive artists away from getting involved in the group, and I have kept many theater-goers away as well. It is my theatrical Moby Dick, I suppose: to the last I’ll grapple with it; from hell’s heart I’ll stab at it; for hate’s sake I’ll spit my last breath at it.

During the performance, which had its boring and annoying features, I found myself reflecting on this state of mind. Is it ethical to hold a grudge that long and that strong?

It certainly can be, to be sure. In cases like this, however, I believe that staying the course is a matter of integrity. END_OF_DOCUMENT_TOKEN_TO_BE_REPLACED

Thanks for dropping by.

1. Does anyone else wonder how John McCain would have voted last night if President Trump hadn’t gratuitously insulted his military service and suffering as a prisoner of war? I do. I know how much veterans care about their service and sacrifice on behalf of their country, and how deeply a public insult like Trump’s must have hurt. McCain has been seething all of this time. Maybe last night was a vote based on principle; probably McCain thinks it is. There is no doubt, however, that he hates Trump’s guts intensely, and that kind of bias is almost impossible to banish entirely. He is also probably more than a little angry that his colleagues and his party allowed someone who would treat him that way to be the nominee.

The astounding foolishness of Trump’s initial insult to McCain was framed as an insult to veterans, but the fee for his gratuitous nastiness was always going to come due in a setting like last night. Human nature can’t be taken out of politics; in fact, politics relies on human nature. These people aren’t automatons. It would be ethical to put grudges aside, but nobody should count on it.

The President reportedly called McCain to argue for a “yes” vote. I wonder if the Senator said, Scaramucci style, “Mr. President, this unheroic prisoner of war says, with all due respect, ‘Go fuck yourself.'”

I also wonder if Trump learned anything.

Today is my annual struggle (since 2009) to try to think of my birthday as something better than “Finding Dad Dead In His Chair Day,” and I must say, Facebook Friends have been especially helpful by sending along happy birthday wishes. Since none of them de-friended me for political differences during and after the campaign, I was intrigued by this essay in the National Review, titled “Ten Reasons Left-Wingers Cut Trump Voters from Their Lives.”

Now as I have made painfully clear, I was no Trump voter, having determined early on that I would sooner undergo a head-transplant from a warthog, even a Bernie-boosting warthog, but I was no Hillary Clinton supporter either, and was especially eager to shoot down particularly stupid memes from OccupyDemocrats, MOVE-ON, and the National Federation of the Brain Debilitated when my friends posted them, which was depressingly often. (Come to think of it, most of those FBFs who are addicted to progressive memes haven’t sent me birthday wishes, the bastards, but then the National Review piece wasn’t called “Ten Reasons Left-Wingers Won’t Say Happy Birthday To Facebook Friends Who Point Out That The Memes They Post Have Been Proven To Cause Retardation In Chimps.

The article is biased, of course: it’s the National Review. Obviously its assertion is over-generalized. But how fair is its general proposition, which is that the 2016 phenomenon of people cutting off friends and family is “one-sided”? END_OF_DOCUMENT_TOKEN_TO_BE_REPLACED

en. Mitch McConnell (R-Ky) has been in the epicenter of the last-ditch debt ceiling negotiations, and will probably deserve significant credit if the nation’s looming, self-created crisis is averted, if only temporarily. I’m going to have a hard time applauding, however, and not just because I think the entire incident has proven that America’s leadership void in all branches of government is terrifying. I can’t stand Mitch McConnell. I can’t stand to look at him, listen to him or read about him, and for the most unfair of reasons. I have a deep personal grudge against his wife, and its aura is wide and strong enough to engulf the Senator as well.

Back in 1987, McConnell’s wife, Elaine Chao, was a Reagan appointee in the Transportation Department, and I was out of work. Recalling that I had done a lot of work in transportation policy analysis, my former boss of two jobs back, (who is the current President of the U.S. Chamber of Commerce), graciously offered to make some calls on my behalf, and set me up to meet with Chao, a friend of his. The meeting that resulted remains the most humiliating and infuriating business-related experience of my life. END_OF_DOCUMENT_TOKEN_TO_BE_REPLACED

Democrat Jack Conway, attempting to take down his opponent for the U.S. Senate seat in Kentucky, Rand Paul, decided to go low. He employed a number of personal attacks including questions about Paul’s participation in a harmless, if bizarre college prank that had been the subject of a blatantly unfair article in Gentleman’s Quarterly. It was a desperate, mean, and unprofessional performance by Conway. Paul was obviously and understandably furious.

At the end of the debate, Paul rushed by Conway, ignoring his outstretched hand. I sympathize with him. I empathize with him. In the heat of the moment, having just had my opponent smear me on television with tales out of school—literally—I might have even done the same thing, though I hope not. Nevertheless, Paul rejected a vital ritual as well as a cardinal rule of civility in the political arena, where, as in the sporting arena, the handshake after the contest sends a symbolic message of reconciliation, forgiveness, respect, and most of all, professionalism. END_OF_DOCUMENT_TOKEN_TO_BE_REPLACED