1. No, this isn’t it…The Idiot Air Traveler. At a certain point, extreme stupidity is unethical. In China, a Xiamen Airlines passenger opened the emergency exit door of the aircraft as the plane was preparing to take off because she  felt the cabin was “too stuffy” and wanted “a breath of fresh air.”  She was arrested, and the incident caused the flight to be delayed an hour. How stupid and ignorant does someone have to be to do this? Wouldn’t you say this is signature significance indicating idiocy? Would you hire someone who did this even once? Allow her to take care of your children? Trust her with sharp objects? Allow her to buy a ticket for another plane trip?

2. Nor this.. New York City intentionally violates the Constitution. It is now against the law in New York City to threaten to call  immigration authorities on someone or refer to them as an “illegal alien” when “motivated by hate.”  A 29-page directive released by City Hall’s Commission on Human Rights announces fines of up to $250,000 per offense for, among other things, “the use of certain language, including ‘illegal alien’ and ‘illegals,’ with the intent to demean, humiliate, or offend a person.”  Mocking people because of their accents or grasp of English is also a crime now in the Big Apple. So is threatening to call ICE.

“In the face of increasingly hostile national rhetoric, we will do everything in our power to make sure our treasured immigrant communities are able to live with dignity and respect, free of harassment and bias,” said Carmelyn Malalis, the agency’s commissioner.

Maybe the whole set of new regulations isn’t unconstitutional, but the ones focused on “hate speech” certainly are. The city is simply declaring its contempt for the First Amendment with this stunt.

3. I guess this is kind of inspiring...When it pays to be trans. The old Saturday Evening Post used to have a feature called “The Perfect Squelch,” regaling its readers with a witty comeback or rejoinder that left an adversary defeated and demoralized. It wouldn’t have printed this one, but I can’t imagine a better example of the genre. This is Faye Kinley… END_OF_DOCUMENT_TOKEN_TO_BE_REPLACED

Why are these students smiling sweetly? Because they sent the message to their teachers to be wary; after all, there’s a lot of dirt on the internet…

Seemingly every one is cheering the Pittsburg High School (Kansas) students on the school paper who investigated their newly hired principal, found her credentials to be dubious, and forced her to resigned from her $93,000-a-year job. You can read the story here and here.

For the purposes of Ethics Alarms, I’m not interested in the principal at all. What matters here is that journalists, teachers, TV talking heads and everyone else commenting on the story are proving themselves ignorant of basic ethical principles, like the fact that conduct that happens to result in something desirable doesn’t make the conduct appropriate if it wasn’t ethical at the outset, aka “consequentialism leads to bad lessons and bad ethics,” and “the ends justifies the means.”

“Pittsburg journalism adviser Emily Smith said she is “very proud” of her students. “They were not out to get anyone to resign or to get anyone fired. They worked very hard to uncover the truth.”

Emily Smith is too incompetent and ethically confused to advise aspiring student journalists or any other students. The students “wanted be assured that she was qualified and had the proper credentials,” according to the student editor of the paper. That’s not their job, their duty, or their business. They aren’t journalists; they are students learning about journalism. Determining if the new principal was qualified was entirely the responsibility of the the Pittsburg Board of Education, which botched its job and approved hiring the principal at its meeting March 6. That the students did the due diligence the Board failed to do is being used as cover by the Board: Everything worked out because of these great students, who we have educated so well!

Today was apparently “Popular Unethical Conduct Day.” This isn’t as bad as a mother having a police officer terrorize her little boy, because governor abuse isn’t as bad as child abuse. It’s still wrong, and in several ways.

Waitress Chloe Hough was in her final shift in her last day as a waitress at a Kansas barbecue restaurant, and found herself serving conservative Kansas governor Sam Brownback. The controversial  Republican  recently pushed to replace Kansas’s education funding system with a  “block grant” program that cuts millions of dollars from  public school budgets.

Hough decided to use the opportunity to make a snarky, meaningless protest comment on his check, and grandstanded by posting a photo of it on Facebook.

“I just knew I had to say something or I would regret it,” she told a TV station.  Of course, she really would have regretted it if she hadn’t already quit her job. She was rude to a customer (wrong), compromised the service of her employer (wrong); embarrassed her employer (wrong);used her job illicitly to make a personal political statement (wrong), and posted the restaurant’s document without permission on Facebook. If the restaurant shares tips among servers, she also gave away money belonging to her colleagues without their permission. Wrong, wrong, wrong.  She did all of this knowing that she wouldn’t suffer any consequences, since she had already quit. It was hit and run unethical conduct, and a cowardly betrayal of trust. The legitimacy of her political critique is irrelevant.

I hope the restaurant withholds her final paycheck, and to any other employers out there, remember that name: Chloe Hough. She’s untrustworthy and disloyal, and if you hire her, you deserve what you get. 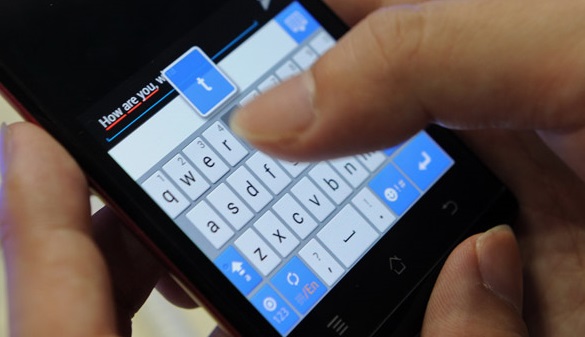 I’d like to say “never,” except that when especially offensive private text messages become public, they aren’t private any more. As with e-mails, any time you send a text message that you know will embarrass you if it falls into malign hands or is seen by righteous eyes, you have authored the means of your potential destruction.

That’s not right, but that’s the way of the world.

Thus a Washburn University Phi Delta Theta fraternity member posted a photo of a man with a topless woman in bed as part of a fraternity text exchange following a chain of crude text messages between frat members. These were obtained by The Topeka Capital-Journal on a slow news day—Wow! Stop the presses! College guys are crude!-–and before you could say “thought control,” the national Phi Delta Theta organization suspended the Topeka campus chapter.

“We are very concerned by the messages reviewed thus far. Phi Delta Theta is a values-based organization and any behavior or statement contrary to those values is subject to significant action,” Phi Delta Theta spokesman Sean Wagner said in a statement. Naturally, the chapter president then grovelled an apology. END_OF_DOCUMENT_TOKEN_TO_BE_REPLACED

Michael Kelley is a high school student who has Down Syndrome and autism. He plays extra-curricular special needs basketball, so his family bought him a varsity letter and had it sewed to a school jacket to resemble the jacket the school’s athletes wear. The school’s special needs teams are not regarded as  varsity sports.

The school asked Michael to remove the jacket or the letter, since East High’s policies dictate that only varsity teams can wear the letter.

Now Michael’s mother is petitioning the school board to ensure that special needs team members get letters. Public reaction in Wichita is running against the school, which is being painted as cruel and lacking compassion by not letting Michael wear his letter jacket.

Your Ethics Alarm Ethics Quiz this almost spring weekend (March is back to being a lion here in the D.C. area) is this:

Should the school have let the special needs athlete wear his counterfeit letter jacket?

END_OF_DOCUMENT_TOKEN_TO_BE_REPLACED

Something is seriously amiss in Kansas. 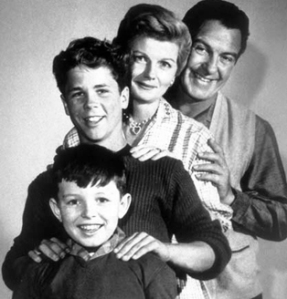 Beve, June, Wally, Ward…I’m so sorry you got pulled into this…

Are there conservatives who can’t see how hypocritical, presumptuous and wrong this is?

I know one who doesn’t, at least: Kansas State Sen. Forrest Knox ( R-Altoona), who has introduced  Senate Bill 158 . It will use the power of money to persuade  foster parents to live like a “Leave it to Beaver” family. That’s Knox’s description, not mine.

Senate Bill 158 creates a “special category” known as licensed CARE families, who can receive “substantially higher” pay from the state than foster families who don’t qualify.

According to the language of SB 158, a CARE family is…

In other words, if I really have to spell it out, “church.” The law can’t say church, because that would violate the Bill of Rights. I suppose they could all join a cult. END_OF_DOCUMENT_TOKEN_TO_BE_REPLACED 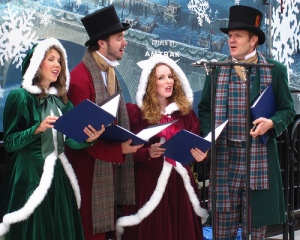 In Topeka, Kansas, Judge Mark Braun was confronted with a legal and ethical dilemma, thought hard, and arrived at ridiculous decision, with the of best intentions.

Defendant Lance Franklin was in the fourth day of his trial for rape when he decided that he didn’t like his lawyer’s face or something and thus sucker-punched him in open court. Franklin is  is six-feet, three-inches tall and weighs at least 260 pounds; he devoted attorney weighs about 170 pounds and is considerably shorter. This sort of thing happens now and then (it happened in Kansas earlier this year) does not go over well with juries. Imagine, for example, if Mike Brown hadn’t been killed and was being tried for assaulting an officer, and he did this to his lawyer right after his mother had told the jury what a gentle, promising child he was. The display would, one would think, undermine his credibility when he swore he was just meekly surrendering….well, with the racist jurors, anyway.

Thus, when this happens, judges declare mistrials because a fair trial is no longer possible. Ah, but Judge Braun has seen it all: you can’t trick him. He knows that if Kansas defendants see one accused criminal get to start all over because he cold-cocks his lawyer, they’ll all do it if the trial is going badly. So after senior assistant district attorney Dustin Curry begged him not to reward Franklin for his unmannerly gesture, Braun ruled that declaring a mistrial would “essentially put a target on any defense attorney’s back.”

The trial goes on, presumably with a new lawyer. And, when Franklin is found guilty, a successful appeal and new trial is virtually guaranteed, because a fair trial after something like this is impossible.

The judge was trying to be careful and considerate; he should be commended for not making an automatic decision to call a mistrial just because that’s what every other judge has done. He kept an open mind, and listened to a novel argument. Sometimes, however, an open mind lets stuff in causes havoc. In his effort to prevent lawyers from becoming in-trial punching bags, he guaranteed one defendant a second trial, and just moved that target somewhere else.

For example, I’m pretty sure attacking the jury mid-trial is a sure-fire recipe for a mistrial if battering one’s lawyer won’t work.

Or better yet, deck the judge!