The song is from one of my favorite Broadway cast albums. The show (which I directed in college) is something of a mess, but the songs are terrific. Anthony Newley was a talented songwriter (with writing partner Leslie Bricusse) and a triple threat performer who was just a little bit too intense for some people. Among his best known songs with Bricusse are “The Candyman,” “Feelin’ Good” (from “Greasepaint,”) “Gonna Build A  Mountain” and “What Kind of Fool Am I?” (from “Stop the World, I Want To Get Off.” “On a Wonderful Day” is sung on the album by Cyril Richard, whom older readers will remember as the definitive Captain Hook, menacing Mary Martin in the live TV versions of “Peter Pan.”

1. This is wonderfully hilarious. Brian Stelter strikes again. From his CNN show yesterday:

STELTER: “When you see entire media companies essentially exist to tear down Joe Biden, is there an equivalent of that on the left, tearing down Trump?”

Do any CNN viewers really believe this? How much gaslighting can a CNN talking head get away with?

2. Res Ipsa Loquitur. Running a small business trying to struggle through the lockdown when our main income is from live presentations, my wife and I are finding cash flow tougher than ever. Today we were alerted by the USPS that a large check we have been waiting for was delivered two days ago. (It wasn’t.) A few weeks back, we received what looked like an important letter addressed to someone in Spokane, Washington. Yet I will be encouraging voter suppression if I suggest that mail-in ballots are a disastrous idea.

It’s interesting: the same people who insist that the United States is out of step if it doesn’t emulate “other developed nations” in such matters as government health care and banning capital punishment are oddly silent about the overwhelming hostility to voting by mail in Europe. Paul Bedard points out,

Most developed countries, especially in Europe, ban mail-in voting to fight vast fraud and vote buying that had threatened the integrity of their elections, according to an exhaustive review of voting rules and histories in over 30 major nations. In the European Union, 63% have put a ban on mailing in ballots except for citizens living overseas. Another 22% have imposed a ban even for those overseas. And most of those that allow mail-in ballots require some form of photo ID to get one, according to the report from the Crime Prevention Research Center shared with Secrets. “These countries have learned the hard way about what happens when mail-in ballots aren’t secured. They have also discovered how hard it is to detect vote buying when both those buying and selling the votes have an incentive to hide the exchange,” said author John R. Lott, the center’s president.

Meanwhile, we don’t have to rely on Europe’s example to figure out this is a terrible and dangerous idea. From NBC:

If I were conspiracy-minded, I’d suspect that Democrats want chaos in the November election–all the better to reject the results and take to the streets. END_OF_DOCUMENT_TOKEN_TO_BE_REPLACED 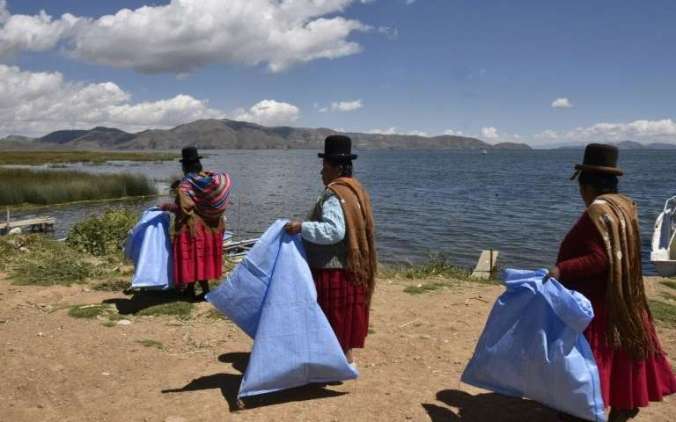 I like to start the week with a clean slate, especially now, when the George Floyd Freakout finds new ways to shatter previous standards of public decorum, civic decency, and respect for nation and community. However, despite over 3,000 words in three posts today, I still had to leave several stories on the bench that I wanted to explore.

ITEM: “18 shot in 24 hours as spike in gun violence in NYC continues”

What a coinky-dink! As soon as  Bill De Blasio, one of those Democratic mayors that Philip Bump says did nothing to make his city more violent, disbanded the NYPD’s  anti-crime unit, the city  had an explosion of shootings. Police said a total of 70 people were shot this week, compared to 26 the same week last year.

This is what more communities have to look forward to as a result of city officials across the country putting their virtue-signaling embrace of white guilt and Black Lives Matter ahead of the welfare of citizens.

Of course,  corruption in New Jersey politics is hardly news, but this story is ironic as Democrats are claiming that Republican opposition to mail-in voting is motivated by a desire to suppress election participation rather than a legitimate concern about the ease of voter fraud.

“New Jersey Attorney General Gurbir Grewal charged Paterson City Councilman Michael Jackson, Councilman-elect Alex Mendez, and two other men after the U.S. Postal Inspection Service alerted the state attorney general’s office that it had found hundreds of ballots from a special election last month stuffed in a single Paterson City mailbox,” InsiderNJ reported. According to WNBC-TV, more than 3,000 ballots were set aside over voting fraud concerns in the Paterson City Council election — 16,747 were received, but only 13,557 were accepted — meaning a whopping 19%, or nearly 1-in-5, were rejected. More than 800 of the rejected ballots were invalidated because they were found tethered together in mailboxes. This was especially significant because the margins in two of the contests were razor thin.

I had a devil of time finding out the party affiliation of the politicians charged in multiple news sources. That usually means that it’s a Democratic scandal. It was.