I would have mentioned tonight’s debate in the headline, but I’m not fond of thinking about the future of American democracy resting on the ability of Donald Trump to speak coherently and to control himself. Who came up with this script anyway?

1. In Alaska ethics news…Here’s an ugly ethics train wreck, and one of the best examples I could imagine of the old adage, “Don’t sleep with anyone crazier than you are,” except it doesn’t seem like there was sleeping involved.

The mayor of Anchorage, Ethan Berkowitz, resigned last week after admitting that he had engaged in an “inappropriate” “consensual messaging relationship”— I’m not even sure what that is”—with an Anchorage news anchor.

Berkowitz’s resignation followed an unsubstantiated claim in a video posted to social media by the news anchor, Maria Athens, promising viewers an “exclusive” story showing that the mayor engaged in sex act with underage children. When the mayor responded by calling the allegations “slanderous” and false, Athens posted what she said was an image of the mayor’s bare backside, and added a laughing emoji.

Yes, she is apparently insane. The Anchorage Police Department said it had worked with the F.B.I. to investigate the allegations about the mayor and “found no evidence of criminal conduct.”

Before Athens posted her video online, she had left a voice message for him in which she engaged in an emotional rant, made  anti-Semitic references and promised that she would be exposing the mayor as “a pedophile.” “I’m going to get an Emmy, so you either turn yourself in, kill yourself, or do what you need to do,” Ms. Athens said, according to the audio clip. She then said she would personally kill him and his wife.

That must have been some messaging relationship.

Athens, 41, is—well, was– the main news anchor for two outlets, KTBY and KYUR. The station owner said the video she posted had not been approved. After her video went up, Athens was arrested following a physical altercation with her boss at the station, and was charged with misdemeanor assault, criminal mischief and disorderly conduct.

So remember, kids, never engage in an inappropriate messaging relationship with someone crazier than you are.

END_OF_DOCUMENT_TOKEN_TO_BE_REPLACED 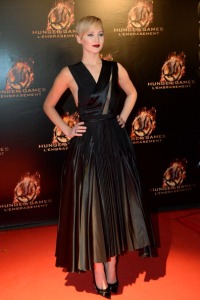 OK, quick: What did Jennifer Lawrence do that the Daily Caller felt was newsworthy?

[WARNING:  For some bizarre reason,the second half of this post will not let me space out the paragraphs properly; WordPress is having some issues. I apologize, and I’ll fix it as soon as I can.]

I regularly peruse about 50 websites as part of my search for provocative ethics issues, including Tucker Carlson’s Daily Caller. It’s a conservative blog, of course, similar in content to Glenn Beck’s The Blaze, and a fair reverse-negative politically to the leftish Daily Beast. Scrolling through its various stories, I hit this headline:

Now THAT’S “news you can use”!

Why is this kind of leering, sexist, fratboy junk—exactly what used to cause us to ridicule the British tabloids back when American newspapers had integrity— appearing on what is supposed to be a serious political commentary website? Simple, really:

This wasn’t a departure for the Daily Caller, not at all: it posts this kind of crap regularly. (Here’s another.) The entire story regarding actress Lawrence’s exposure read as follows:

“Jennifer Lawrence clearly did not mind (or was not aware) that the Internet was abuzz with her flash of sideboob last week.Over the weekend, the actress simultaneously showed some sideboob AND underboob during “The Hunger Games: Catching Fire” premiere in Paris. It was glorious.”

Salk and Sabin, true professionals. Did you know?

Last night I found myself listening to Michael Savage, easily the most offensive of all conservative talk show hosts, and he gives Rush and Mark Levine a run for their money in the ego category, too. I only listen to Savage by accident, and then only in bites of five minutes or less; it frightens me that millions of people might be influenced by such consistently hateful commentary.

But Savage (whose real name is Michael Alan Weiner) is no dummy, and not infrequently goes off on learned tangents about philosophy, history or religion in between declaring that the nation is under Nazi rule. Yesterday, just as I was reaching for the dial, he disclosed that one of his heroes growing up was Jonas Salk, not because he invented the first effective polio vaccine, but because he refused to patent it, and gave it to the world for the benefit of humanity. A bit later, Savage noted that Albert Sabin, Salk’s bitter rival who later invented the oral vaccine, also declined to profit from his invention.

Could all this be true, I wondered?  If it is true, why did I not know about it? Why doesn’t everybody know about it? END_OF_DOCUMENT_TOKEN_TO_BE_REPLACED

That's nice, Andy: rub his nose in it.

Once upon a time, like, oh, a few years ago, tennis was a sport in which the ancient values of mutual respect between adversaries, honesty, fairness, and sportsmanship were paramount.  The periodic talented boors  like Connors, Nastase and McEnroe were aberrations, and their conduct was derided, colorful though it might be.

I am pretty sure that Scottish tennis star Andy Murray has put an end to this, unless the international tennis body or a public uproar puts an end instead to his bringing the tennis equivilent of NFL taunting and NBA showboating onto the court. Murray is a trick shot specialist, and at the London Queens Club tournament leading up to Wimbledon, he created a viral YouTube moment  when he hit a winner against opponent Wilfried Tsonga by swinging his racket under his leg. It was spectacular, flashy and fun. It was also rude, disrespectful and obnoxious.

Guess which the public cares about. END_OF_DOCUMENT_TOKEN_TO_BE_REPLACED

In the wake of Jared Loughner’s attack, the “barn door fllacy” is in full operation as intensely, and foolishly as I’ve ever seen it. Everyone from social reformers to yellow-bellied Congress members are proposing changes and suggesting “dialogues” aimed at stopping Jared Loughner’s completely unpredictable conduct, which, they seem to forget, has already occurred. Almost always, when everyone rushes to lock the metaphorical barn door after the horse is gone, they make the barn and everything around it uglier, less useful, more expensive, and less respectful of basic human dignity and freedom: witness the TSA’s outrageous new pat-down procedures, designed to stop 2009’s exploding underpants terrorist, who was unsuccessful. END_OF_DOCUMENT_TOKEN_TO_BE_REPLACED

Former President Bill Clinton has sounded an alarm he has sounded before, warning that the intensity of the rhetoric on conservative radio emboldens fringe radicals to violence. As he did in 1995, when he was in the White House, Clinton lays the Oklahoma City bombing at the feet of big-government critics, a strategy that then managed to halt the momentum of Republicans in their assault on Democratic policies. Also as in 1995, King of the Radio Right Rush Limbaugh has countered that Clinton is using revisionist history to avoid his administration’s own responsibility for Timothy McVeigh’s attack, which wasn’t timed to coincide with the anniversary of the Branch Davidian massacre by accident. Limbaugh’s argument that the conduct of Federal agents in Waco (as well as Ruby Ridge) had a lot more to do with McVeigh’s anger than anything he heard on talk radio is persuasive on the merits.

Nevertheless, Clinton’s general point that talk radio is playing with fire is a legitimate one. END_OF_DOCUMENT_TOKEN_TO_BE_REPLACED

If any of the talk radio and cable news demagogues (Rush, Glenn, Laura, Ed, Michael, Marc, Bill, Monica, Rachel, Chris and the now-unemployed shouters over at Air America) have ever publicly admitted their rhetorical excesses, I’ve missed it. Thus I was stunned to witness just such an admission from arguably the worst offender of all, MSNBC’s Keith Olbermann. END_OF_DOCUMENT_TOKEN_TO_BE_REPLACED