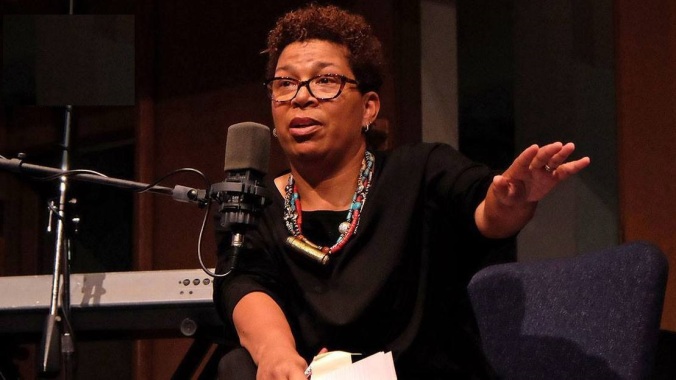 [For some reason Gilbert and Sullivan quotes are running through my feeble mind this morning. The title is from “Yeomen of the Guard,” which I have directed. It’s not the best of the operettas (though it’s a great show), but it may have the finest score, and I figured out just a couple of weeks ago how to handle its famous shock ending. I hope I get a chance to stage it some day.]

Michel Martin is the NPR host who in December of 2017 stabbed me in the back by permitting Professor Paul Butler’s on-the-air ambush in the middle of my (100% correct) explanation of how sexual harassment works, and then banned me from her show  because I didn’t sufficiently bolster her anti-Trump agenda. It was my fault…

I foolishly thought providing last minute, authoritative and free ethics commentary for her show for five years meant I could trust her to treat me fairly and with a modicum of respect.

Here was a recent exchange with with Harmeet Dhillon, committeewoman for California’s Republican National Committee, as Martin asked about her reaction to the Mueller report: END_OF_DOCUMENT_TOKEN_TO_BE_REPLACED

1  Actually, it’s a terrible morning. I began what has really been a hideous morning at 5 a.m. with a hacking alert on my computer. I eventually, with the help of some technicians, identified the usernames of 27 hackers who were accessing my data, apparently.

I should have written this before, I guess, but hackers, all of them, every single one no matter what their motives or what they do, are the scum of the earth, ethical black pits, and blight on civilization. Yet the popular culture loves them. There are young hackers, male, female, black, white, Asian, Indian and Hispanic, handicapped hackers…no old hackers,of every type all over the TV fare, usually as part of the heroic team on procedurals. (There are no old hackers.) What power they have! How smart they are! Often they are ex-criminals, who managed to acquire an exciting, lucrative job by displaying their hacking skills to law enforcement in the course of committing crimes. Usually, they are the funny members of the team, or the cute, like Matthew Broderick in “Wargames.” No wonder our young see these shows and think hacking is cool. In “Jurassic Park,” Lexi, the young girl who almost gets her feet bitten off by a raptor, proudly calls herself a hacker.

And I was rooting for the raptor.

2. Marley was dead. One of these days I will have to do an overview of the links to your left. They are there for their value in stimulating ethical thought and discussion, not because some asked for a link exchange. Under the “Inspiration” category—you have to scroll down to see it—is “A Christmas Carol” by Charles Dickens, arguably the best and most accessible ethics story ever written. I have directed four staged readings of the classic and three “radio” versions through the years, and I don’t know a better way to get into the proper frame of mind—an ethical one– for the holiday season.

Last night I watched actor Paul Morella perform his one man “Christmas Carol” at the Olney Theater in Maryland. Paul is a long-time friend and collaborator: he has been playing Clarence Darrow in a one-man show we created together for 17 years, and we launched a continuing legal education seminar about Darrow’s legal ethics at the D.C. Bar this year. If you live in the D.C. Metropolitan area, I can not recommend the Olney show to you more enthusiastically. As Paul points out in his notes, this is how Charles Dickens himself presented the story in front of Victorian audiences, and he did not have the benefit of the evocative sound and light effects Paul employs. Charles was also not in Paul’s league as actor, I bet.

3. One down, 102, 568 to go… Brian Ross went live on ABC last week and announced  the fake news story that then-candidate Donald Trump had instructed Michael Flynn to make contact with the Russians, thus triggering a massive stock market sell-off. Seven hours later, ABC sheepishly admitted that it was President-elect”Trump who had made the request of Flynn.  ABC News  announced last night that  Ross would be suspended for four weeks without pay. Said the Disney-owned network:

“It is vital we get the story right and retain the trust we have built with our audience – these are our core principles. We fell far short of that yesterday. Effective immediately, Brian Ross will be suspended for four weeks without pay.”

It would be very good if this became the routine response when a mainstream media reporter misinformed the public through bias, negligence or incompetence.

My hand is up.

4. A pause for levity since I am so upset…Here is the Celebrity Perv Apology Generator.  This “guide for new celebrities” is also mordantly amusing, on the same topic. END_OF_DOCUMENT_TOKEN_TO_BE_REPLACED 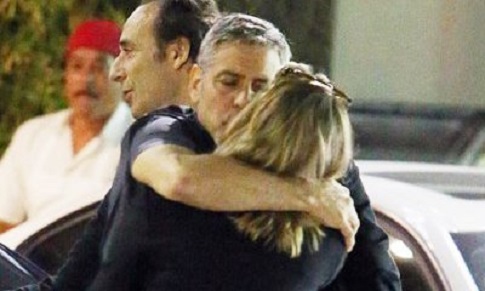 My segment on an NPR panel yesterday regarding the sexual harassment issue was cut short because “All Things Considered” had to wedge in a report on the terror attack in Egypt. I get it: it’s live radio, and its a news show. Still, one can question whether dealing with such a difficult and complex issue in so little time—three of us plus ace moderator Michel Martin ended up splitting less than 10 minutes among us–does more harm than good. Farajii Muhammad, who was in the studio with me and whom I had a chance to chat with at length, said that he was interested in having me on his own show to discuss the issue. We shall see.

The panel segment starts after the interview with Johnson, about halfway in. You can also listen on the WBUR website, here.

My comments regarding the discussion are here.

In the segment on “Beverly Johnson And The Bill Cosby Scandal” I just completed for NPR’s “On Point” program, out of Boston with the magnificent Michel Martin hosting, I emulated the Sunday morning talk show guests I so revile for answering questions by making their own points that have little or no relevance to what was asked. Michel asked me, as the time left in the hour-long program was ticking down, what ethical obligations consumers—that is, the audience for his concerts, TV shows and albums—have regarding Cosby, in light of the rape allegations against him.

I was still stunned by the comments made by three callers, encompassing several ethically confused assertions that you know I would find annoying:

That last one especially had my head threatening to explode, which would not be good for my relationship with NPR, so I think I can be forgiven for missing Michel’s query. Yes, the UVA rape allegation is exactly like the Cosby scandal, other than the fact that the accusers in Cosby’s case have come forward publicly while “Jackie” has not; that its two dozen (so far) alleged victims for Cosby and one in the UVA case; that one situation is a classic example of abuse of power, wealth and influence and the other is not; that Cosby settled one claim rather than air the allegations in a court of law; and that virtually every part of “Jackie” claim has failed to hold  up under scrutiny and investigation, whereas Cosby, the one individual who could offer evidence to counter the allegations against him, has done nothing but have spokesmen and lawyers issue blanket protests and denials.

My answer to Michel should have been this:

“It’s up to Cosby fans, If they still can still laugh and cheer at Cosby’s nice guy schtick and “America’s Dad” persona knowing that he’s a serial rapist, fine: laughter is good, get it where you can. Personally, I can’t laugh at someone whom I know has engaged in horrific acts, hurt women who admired and trusted them, and by his own conduct left another cultural hero lying face-down in the mud. I can’t forgive it, I can’t get past it, and I’m certainly not going to keep laughing. this is no different from the NFL fans who keep wearing Ray Rice jerseys, or for that matter, Democratic women who continue to swoon over Bill Clinton. If they do, they either:

All of these are sad and impossible to justify, but they are common. Does the continued support of a Cosby ratify his conduct? Not in the eyes of his undeterred fans, but in the culture? Of course it does. If Bill Cosby’s career escapes relatively unscathed by this, and he is not held accountable by society, the verdict of the culture will be a particularly extreme version of The King’s Pass: if you are rich enough, powerful enough and seen as contributing enough to society, then you will be held to a lower standard, and can get away with, if not murder, serial rape.”

END_OF_DOCUMENT_TOKEN_TO_BE_REPLACED

Beverly Johnson, the super-model whose Vanity Fair article about being drugged by Bill Cosby decades ago when she was summoned for an “audition,” will be a guest on the Boston NPR station, WBUR, as former “Tell Me More” host Michel Martin stands in. After Johnson, a panel will discuss various issues legal, ethical and cultural about the Cosby allegations, and I’m on it, along with Renee Graham, music and pop culture critic for NPR’s Here & Now. Op-ed contributor at the Boston Globe, and Debra Katz, partner at the law firm Katz, Marshall and Banks. You can catch up on some of the ethical implications of the Cosby mess here, and some more details about the show here. If you can get the show on the radio or web, you’ll hear it at 10 AM, E.S.T.,  this morning.
END_OF_DOCUMENT_TOKEN_TO_BE_REPLACED

You are welcome to read the transcript and/or  listen to my interview on NPR yesterday with Michel Martin, both of which can be found here.

It’s too bad, really. They seem like such a nice couple…

I’m going to be a guest on NPR’s “Tell Me More” with Michel Martin this morning, participating in a discussion of the Chick-fil-A controversy on which I have commented here and here. “Check local listings,” as they say.

Regardless of whether I say anything significant (you never know; miracle happen), Michel is superb, and her voice is Debussy and Grieg to your ears.

…I will be a guest on NPR’s “Tell Me More” with Michel Martin this Friday morning to talk about ethical issues raised by the Penn State.

Of course, by that time, Jerry Sandusky may have given another creepy interview confessing that he always wanted to be a Catholic priest,  it will be discovered that Joe Paterno not only gave ownership of his house to his wife to avoid paying liability damages, but also has left the country to rule a colony of fanatic Penn State boosters in Guyana, amd Mike McQueary may have sent out an e-mails revealing  that he is really Marie of Rumania.

The show will be broadcast live at 11 AM, East Coast time, and my segment will begin around 11:20.