…feeling like the last living cell in a dead body…

1. I don’t know about you, but I’m just reaching out to random friends to see how they are doing. Some aren’t doing that well, but they appreciate the contact.

2. More of the name game: From a PR release from two members of the U.S. Commission on Civil Rights, Gail Heriot and Peter N. Kirsanow…

The Commission makes the ill-advised suggestion that referring to COVID-19 with terms like “Chinese coronavirus” is somehow fueling “[t]his latest wave of xenophobic animosity toward Asian Americans.” It is common to refer to infectious diseases by their geographic origin. Examples include Asian flu, Bolivian hemorrhagic fever, Brazilian hemorrhagic fever, Ebola, German measles, Japanese encephalitis, Lyme disease, Marburg virus, Middle East respiratory syndrome (MERS), Pontiac fever, Rift Valley fever, Rocky Mountain spotted fever, Spanish flu, Venezuelan hemorrhagic fever, and West Nile virus…It is counter-productive to hector the American people (or its leaders) about describing the COVID-19 as “Chinese” or as having originated in China. It did originate there. Ordinary Americans—of all races and ethnicities—who harbor no ill will toward anyone don’t like to have the U.S. Commission on Civil Rights imply that that they are fueling the flames of xenophobic animosity.   We can’t blame them. It is insulting.

Our colleagues on the Commission close their statement by writing under the current circumstances no American should be “ostracized solely because of their race or national origin.” That is certainly sensible enough. We would add that Americans should not be ostracized on account of false accusations that their conduct has been racist, xenophobic and hateful. The promiscuous use of those terms needs to stop.

That’s fine and well stated. My position is even more basic. I refuse to participate in mind-control based on the assertion that a factual statement is “racist,” or that someone is the cause of unethical conduct because others choose to behave unethically. Any more Alyssa Milano comments or complaints about Kung Flu jokes, and I’ll be calling the damn thing the Wuhan Virus from the Capital of the Hubai Province in That Big Asian Nation Called China That Endangered The Entire World By The  Dishonest, Paranoid Manner In Which It Withheld Crucial Information. 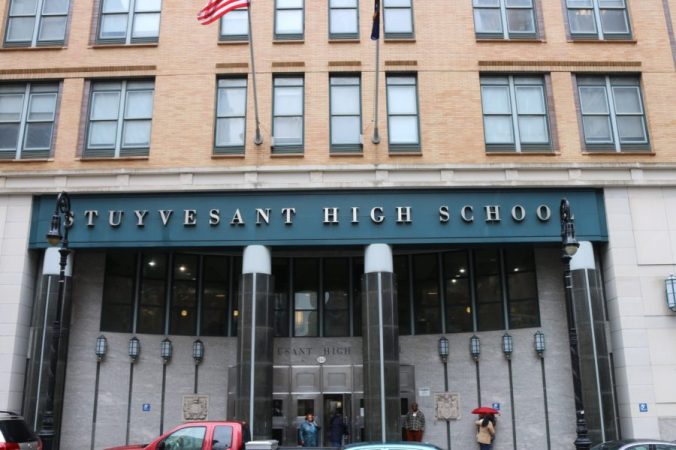 The question has been giving me a headache since I first read about the stunning results of the process that gives New York City students access to its elite public schools.  Of the nearly 4,800 students admitted into the specialized schools for 2019, 190 are black, down from  207 black students admitted last year out of just over 5,000 offers. Stuyvesant high school, which is representative, gave 7 offers to black students (out of 895 slots),   33 offers to Hispanic students, 194 offers to white students, and Asian-American students received a whopping  587 offers. Overall, Asian-American students constitute 60% of the student bodies of the eight elite schools.

Students take  a single exam that tests their mastery of math and English in order to gains entrance to the academically challenging school. Stuyvesant, which has the highest cutoff score for admission and is thus the most selective of the schools, now has the lowest percentage of black and Hispanic students of any of New York City’s roughly 600 public high schools.

What should the city do about this? Should it do anything?  END_OF_DOCUMENT_TOKEN_TO_BE_REPLACED

Never mind that the always dubious logic behind educational quotas and affirmative action is finally being exposed and discredited: New York’s socialist-in-all-but-name Mayor de Blasio is determined to have the city’s elite public schools “look like New York City,” which is code for “quotas.”

“The status quo is broken. We have to make a major change. We have to make sure that the very best high schools are open to every New Yorker, every kind of New Yorker. They need to look like New York City,” he has said. So he has announced a proposal that would change how students are admitted to eight of the city’s specialized high schools, the crown jewels of NYC’s school system, the equivalents of private schools in quality of teachers and challenging curriculum where students gain entry based on their performance on a single test, taken by all applicants. That seems fair…but since it doesn’t yield a perfect demographic match to the city as a whole, de Blasio’s social justice sensibilities are offended.

Black and Hispanic students make up 67 % of the public school population, but the specialized high schools, which include Stuyvesant High School and the Bronx High School of Science, have just 10 % of students from these groups occupying the 500  available slots, with no improvement in that percentage for years.

Ah! The test must be the problem! This has been the accepted, conventional wisdom and cant that has been repeated by Democrats and affirmative action activists for decades, despite little but blind faith to bolster it. The Mayor, of course, is a believer. END_OF_DOCUMENT_TOKEN_TO_BE_REPLACED