For a party that has throttled down on the Big Lie that President Trump has been unusually disrespectful of crucial democratic norms, Democrats are remarkably fond of obliterating some of the most crucial norms established since 1792, norms that have served us well. They began by defying the norm of an opposing party accepting the election of a President and beginning his term with a demonstration of good will, loyalty and cooperation. They continued with the abuse of impeachment, dispensing with the requirement of a high crime or “misdemeanor,” seeking President Trump’s removal for conduct indistinguishable from that of his predecessors. Now it is clear as crystal that the party intends to prosecute Trump after he leaves office, criminalizing politics and following the practice of totalitarian regimes like the Soviet Union, which often imprisoned—or killed— political opponents as soon as they lost power.

Democrats have come close to doing this before. They would have prosecuted Nixon, whom they hated almost as much as they hate Trump, had Gerald Ford not courageously taken that opportunity away. Many in the party wanted to prosecute President Bush for “war crimes.” Now there is little question that, driven by a Trump-deranged base and supported by a legal establishment that has abandoned any semblance of objectivity or restraint, as well as a poisonous news media lacking prudence or perspective, Democrats will seek the imprisonment of Donald Trump as a matter of pure revenge. Whether they can prove his guilt of actual crimes is a secondary matter. They want to destroy him as a warning to any other outsider who dares to challenge what they believe is the inevitable progressive ascendancy.

END_OF_DOCUMENT_TOKEN_TO_BE_REPLACED

1. On this day in 1942, President Franklin D. Roosevelt signed Executive Order 9066, empowering the Army to issue orders emptying parts of California, Oregon, Washington and Arizona of immigrants from Japan, who were precluded from U.S. citizenship by law, and nisei, their children, who were U.S. citizens by birth. After the order, which was upheld by the U.S. Supreme Court including future liberal icon William O. Douglas, the Japanese-Americans  were first warehoused at “assembly centers,” which could be racetrack barns or on fairgrounds, then shipped to ten detendtion camps in Western states and Arkansas. Armed guards and barbed wire, plus morning roll call were part of the degrading and punitive experience.

It is fair to say this treatment was substantially rooted in racism, for there was no mass incarceration of U.S. residents with ties to Germany or Italy. Once the U.S. appeared to be on the way to victory along with its Allies in December 1944, the Executive Order was  rescinded. By then the Army was enlisting Japanese American soldiers to fight in Africa and Europe. President Harry Truman told the all Japanese-America 442nd Regimental Combat Team: “You fought not only the enemy, but you fought prejudice—and you have won.”

California is now preparing to formally apologize to the families of those interned.State Assemblyman Al Muratsuchi (D-Torrance) introduced a resolution that will formally apologize for California’s “failure to support and defend the civil rights” of Japanese Americans during that period,” and it is expected to pass today.

It’s naked grandstanding and virtue signaling, of course. The federal government apologized for the unconstitutional imprisonment and granted financial redress to survivors with the Civil Liberties Act of 1988, and the Supreme Court overruled its decision  upholding internment in 2018. END_OF_DOCUMENT_TOKEN_TO_BE_REPLACED 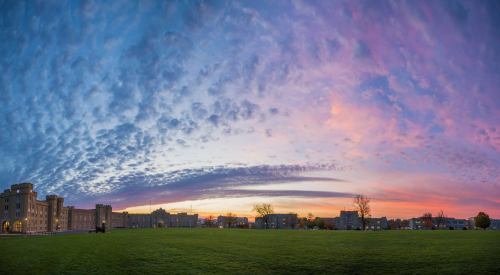 Now that we have the unpleasantness of Samantha Bee out of the way, your gorge is safe. Well, sort of…

2. Short version: “Grow up!” If the long-time theater friend who just defriended me on Facebook is reading (yes, I know who you are), this is a message for all the people who can’t tolerate, or remain friends with, anyone who challenges their anti-Trump fanaticism by pointing out–nicely!– that they sound like lunatics. I know you assume that you are in the warm, comforting womb of a left-wing echo-chamber, but friends don’t let friends write stupid, or shouldn’t. You, let me remind you, stated in black and white that Al Franken was the best hope to defeat Trump in 2020 (See how nice I was? I didn’t even challenge that nonsense!) until Republicans secretly engineered his destruction. I wrote in response that this was tin foil hat stuff, which it is; that implicitly accusing Kristen Gillibrand of being in cahoots with the GOP  was bonkers, which is accurate, and that you should get help, which you should.

Your response was defriend me. Nice.

This has happened with about five theater friends, and in all cases over hysterical assertions that would be only acceptable from a 12-year-old. They, like you, are used to making ridiculous, hyper-partisan statements without being challenged, and regard a dissenting argument as a personal affront as well as the mark of Satan. You should not want to remain deluded, you should want to be called out when you write something idiotic, and you should not react with hostility to a friend who does so in good faith.

What I have learned about the resistance is that their logic, facts and debate skills are fatally flawed or absent. Their only defense against rebuttal is to censor it.

You really should not want to hang out with this crowd, my friend. Get well soon. I mean it.

And shame on you. I don’t deserve that.

3. Google is your friend, Mr. President. Yesterday, President Trump floated the idea of pardoning the late Muhammad Ali, who was famously convicted of draft-dodging during the Vietnam war. Ali, however, needs a pardon as much as I do. (Less, really, since he’s dead.) His conviction was overturned by the Supreme Court as unconstitutional. There is nothing to pardon him for.

This kind of thing is an unforced error that justifiably undermines trust in the President. It’s just inexcusably sloppy—typical, I concede, but sloppy. I don’t blame Trump for not knowing that Ali’s conviction had been reversed: I had forgotten that myself. Making impulsive statements based on flawed information and snap decisions, however, suggests that the President might take impulsive actions based on misunderstandings as well.

Well, he does that, too.

More on pardons: I have seen several news sources, including the New York Times, contrast President Trump’s political “celebrity” pardons with President Obama’s pardons of less high profile Americans. Fake news. At this point in his administration, how many pardons do you think Obama had issued?

President Obama granted clemency to 231 deserving individuals, yesterday, the most individual acts of clemency granted in a single day by any President inU.S. history. He also issued 153 commutations, and has now commuted the sentences of 1,176 individuals, including 395 life sentences. The President also granted pardons to 78 individuals, bringing his total number of pardons to 148.

The pardon and clemency powers of the President are underused, and until the last two years, Obama underused them more than any modern President. Now, presumably in a last minute flurry to enhance his legacy, Obama has embraced these acts of mercy as one thing he can do that Donald Trump will not be able to reverse. Obama’s motives are irrelevant, however. The “quality of mercy is not strain’d…” and it also shouldn’t be criticized. We must assume that the beneficiaries of Obama’s mercy are deserving, and that there aren’t any Marc Rich-types in the group.

There is so much that is right with Obama’s commutations and pardons. They match the spirit and ideals of the season; they provide second chances to Americans who need them; it returns citizens to their families. Let’s hope that he has begun a permanent competition, and that every President will now strive to exceed the number of official acts of mercy of his or her immediate predecessor.

You just made the United States  a little more ethical.

I read about Clarence Aaron four days ago. It has bothered me ever since. The short version of this horror story is that a young man, outrageously sentenced to three consecutive life sentences for a drug offense despite being a first offender, was poised to receive a pardon from President Bush but did not, because the Pardon Attorney charged with job of presenting the case to the President inexplicably left out critical  information that would have all but guaranteed his freedom. The attorney’s name is Ronald Rogers: he was the Pardon Attorney under Bush, and is still in that post today.

I have been trying to figure out what ethical breach would describe what Rogers did, a difficult task in the absence of an explanation from him. Was this incompetence? Laziness? Was it a lack of diligence—was he careless? Did Rogers sink Aaron’s case because he doesn’t like blacks, or doesn’t like drugs, or doesn’t like pardons? Does he lack empathy? Sympathy? A heart? END_OF_DOCUMENT_TOKEN_TO_BE_REPLACED

President Obama finally pardoned somebody who wasn’t a turkey last week, but not before he became slowest Democratic president in U.S. history to use Article II of the Constitution to right a judicial wrong or just exercise his power to demonstrate  the ethical virtue of mercy. His choices for pardons could not have been more tepid, however, prompting a withering blog post by Prof. P.S. Ruckman, who champions the pardon power, and keeps meticulous score.

Ruckman had predicted that Obama would end the pardon drought as soon as December hit, noting that recent presidents used the Christmas holidays as a convenient pardon prop. But he is outraged at the small number of pardons, writing,

“Can President Obama say “no?” Yes, he can! END_OF_DOCUMENT_TOKEN_TO_BE_REPLACED

As of last Wednesday, President Obama has pardoned more turkeys than human beings. He has continued the cutesy presidential tradition of bestowing a presidential pardon on a turkey destined for the Thanksgiving table each November of his two years in office, but is approaching a presidential record for the most days in office before finding a U.S. citizen equally worthy of mercy and forgiveness.

There are reasons for this, but no excuse….not from a President who loaded up his White House with Czars overseeing every conceivable White House priority (Why no Pardons Czar?), not from a President who has criticized the disparate, unfair and racially-tinged penalties for crack cocaine over the powdered variety favored by the white middle class, not when are so many worthy candidates for mercy, most with families whose lives could be infinitely enhanced by the ten seconds it takes for Barack Obama to sign his name. END_OF_DOCUMENT_TOKEN_TO_BE_REPLACED