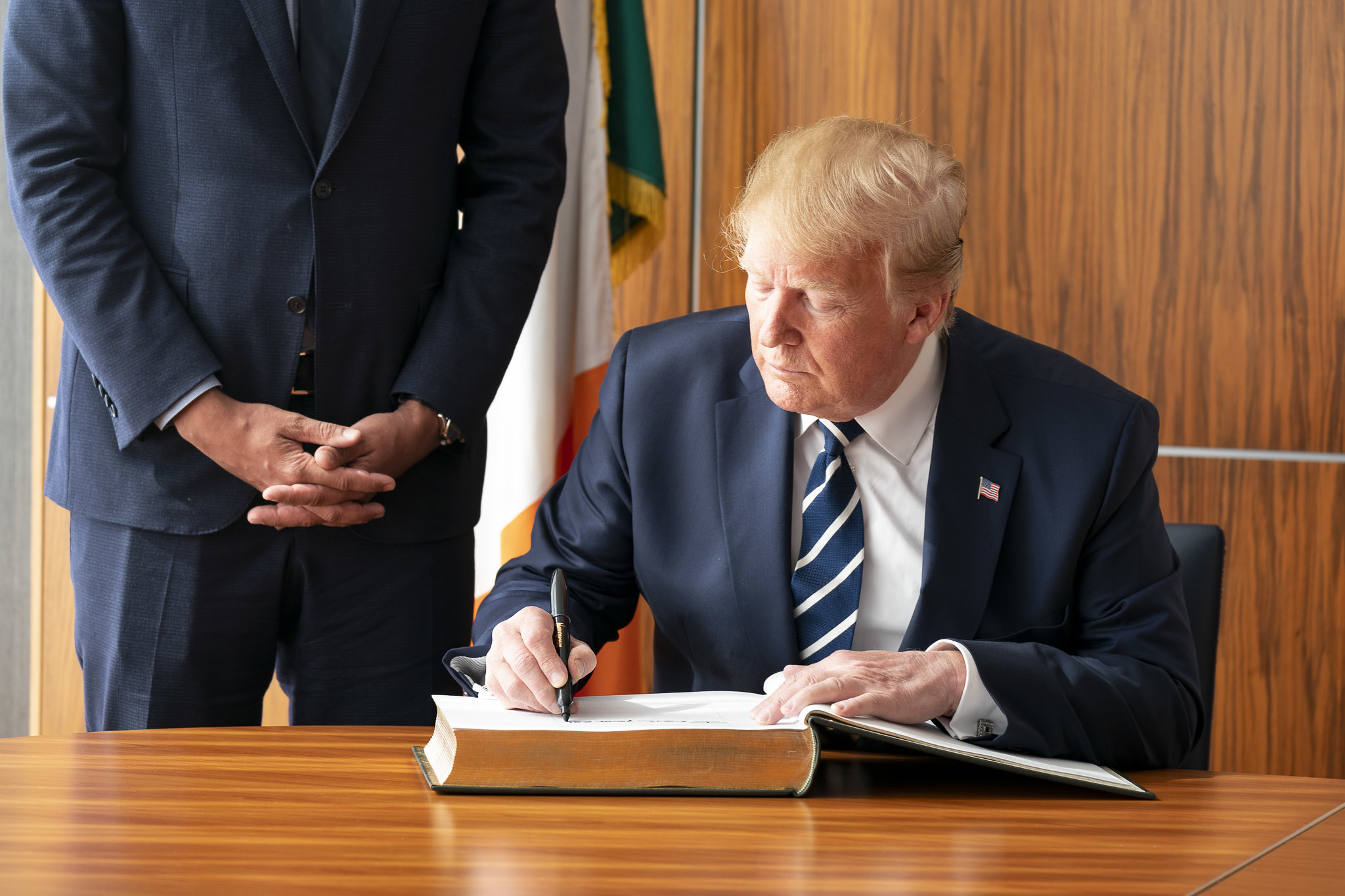 For a party that has throttled down on the Big Lie that President Trump has been unusually disrespectful of crucial democratic norms, Democrats are remarkably fond of obliterating some of the most crucial norms established since 1792, norms that have served us well. They began by defying the norm of an opposing party accepting the election of a President and beginning his term with a demonstration of good will, loyalty and cooperation. They continued with the abuse of impeachment, dispensing with the requirement of a high crime or “misdemeanor,” seeking President Trump’s removal for conduct indistinguishable from that of his predecessors. Now it is clear as crystal that the party intends to prosecute Trump after he leaves office, criminalizing politics and following the practice of totalitarian regimes like the Soviet Union, which often imprisoned—or killed— political opponents as soon as they lost power.

Democrats have come close to doing this before. They would have prosecuted Nixon, whom they hated almost as much as they hate Trump, had Gerald Ford not courageously taken that opportunity away. Many in the party wanted to prosecute President Bush for “war crimes.” Now there is little question that, driven by a Trump-deranged base and supported by a legal establishment that has abandoned any semblance of objectivity or restraint, as well as a poisonous news media lacking prudence or perspective, Democrats will seek the imprisonment of Donald Trump as a matter of pure revenge. Whether they can prove his guilt of actual crimes is a secondary matter. They want to destroy him as a warning to any other outsider who dares to challenge what they believe is the inevitable progressive ascendancy.

Signaling this plan is, among others, Andrew Weissmann, formerly a top aide to special counsel Robert Mueller. After Trump’s recent pardons, he argued that the President had earned an obstruction of justice charge against himself and called on prosecutors to summon those who were pardoned to testify before grand juries. Weissmann is now a MSNBC analyst who teaches law. After he left the office of the special counsel, he wrote a book that argued that prosecutors ought to be actively seeking to indict the President. He is far from alone in advocating that position.

Given the evidence of determination by his political foes to use the criminal laws to exact their revenge, the President should spare the nation a descent into the culture of banana republics and thuggish dictatorships by removing the tempting target on his back. Pardoning himself would be almost universally criticized; it would haunt Trump’s legacy, and end the already slim chance that he could run successfully in 2024. The pardon would be almost certainly challenged in court, but there is nothing in the Constitution that prohibits it. Indeed, it might well establish a new norm to freeze out the one Democrats would now inflict on American political culture. U.S. Presidents should not be subject to political vendettas using the criminal justice system as a weapon. If preventing that now requires every future POTUS to employ a self-pardon, so be it.

Even a pardon might not stem the hateful determination to satisfy the Trump Deranged among the Axis of Unethical Conduct. The office of the Manhattan district attorney, Cyrus R. Vance Jr., has interviewed several employees of President Trump’s bank and insurance broker. The prosecutors have been fighting in court for more than a year to obtain Trump’s personal and corporate tax returns, which they have called central to their investigation. Vance’s office is issuing new subpoenas and questioning witnesses, including some before a grand jury. The President’s pardon power applies only to federal crimes, and not to state or local prosecutions.

But Trump can, as Ted Kennedy would say, cross that bridge if and when he comes to it (speaking of non-prosecutions). The first step is to eliminate any chance of federal prosecution by Joe Biden’s henchmen. The President should pardon himself. It’s in the best interests of everyone.

37 thoughts on “Conclusion: The President Will Pardon Himself, And Should”