Over the weekend , powertlifter Mary Gregory, a biological man who identifies as a woman and thus is to be regarded as transgender,  set the Masters world records for women’s squat, women’s bench press, and women’s deadlift. Mary has testicles and a penis. Presumably all she would need to compete in a male weightlifting competition is a new name, and an announcement that the he turned she now identifies as a male again.

“What a day, 9 for 9! Masters world squat record, open world bench record, masters world dl record, and masters world total record!” Mary Gregory posted on Instagram. Gregory thanked the Raw Powerlifting Federation. “As a transgender lifter I was unsure what to expect going into this meet and everyone – all the spotters, loaders, referees, staff, meet director, all made me welcome and treated me as just another female lifter- thank you!”

I’m happy for you, Mary. Your cheating was allowed. Be proud. You go…girl. END_OF_DOCUMENT_TOKEN_TO_BE_REPLACED

This concise but useful comment of the day takes the baton from the previous one, which discussed the reasons for the increasing politicizing of American history, often with the objective of vilifying the American experience.

Tempted to write several times, but never felt I would have the time to do my thoughts (or the topic) justice. Not that I consider myself a good student of history, but even big idiots can usually crack the 90th percentile (and I am a bigger idiot than most).

Progressives are undoing a grand bargain. Grant won; Lee lost; Grant let the defeated army walk home; and Lee agreed the cause was lost. Both sides saved face; they agreed to bury the hatchet. The South had formal and substantive arguments that formed the basis for secession (or war). That issue was put to rest and both sides were able, through the wisdom of the generals on both sides, to put an end to the fight.

The hatchet has been dug up by the progressives. The honest differences cannot be entertained. There cannot be honor on both sides, which was the deal struck (even for the losing side). The implicit agreement to let the past be the past has been ripped open by those lacking the wisdom of the Founders, who kicked the can down the road, or Grant and Lee, who decided to stop kicking it. END_OF_DOCUMENT_TOKEN_TO_BE_REPLACED

1. To Tony C.  This is always a happy day for me, but I want to mute my joy a bit by dedicating this baseball season to the late Tony Conigliaro. Since my teens, he has been my constant inspiration to live every day to its fullest, because no matter how bright and promising the future seems at any moment, everything can change in the blink of an eye, or an errant pitch from Fate right into your face.

That’s what happened to Tony C. on a cruel August night in 1967. He was playing right field and batting clean-up for his home town baseball team, in a season that would see them win a miracle pennant. He was young, handsome and incredibly talented. He had become the youngest player ever to hit a hundred home runs,  and was in his fourth big league season at the tender age of 22.Then everything changed. Tony’s existence was swept up and placed on a new and dark road that ended with a fluke heart attack and stroke at the age of 37, and a lingering twilight half-death in brain damage until he mercifully passed away eight long years later.

All we can do now is remember a beautiful young man and a brilliant athlete who gave his home town many thrilling moments to savor in the brief time allotted to him, who had everything, and then lost it without reason, warning or justice…and also remember that every day should be lived right, and well, with the determination to be the best we can be, because we may never have a chance to be any better.

Yes, this baseball season is dedicated to you, Tony.

For me, I guess they all are.

2. No, this isn’t The Onion. This is a real tweet from the Democratic Party, authored by Congresswoman Grace Meng:

“Women deserve equal access to our economy, not punishment for their gender. That’s why I’ve been working with my fellow women to fight for more access to tampons, pads, and the full range of menstrual products since 2015. …I’ve introduced legislation to make these products more affordable — because leveling the playing field and stopping period-shaming give women, especially low-income women, a better chance to succeed in our economy…What else would give women a better chance to succeed? Electing more women to fight these fights with me — because we need leaders who understand the experiences of those they represent. ..Head to http://IWillVote.com  and commit to vote in 2018 and beyond, because women can’t wait for economic fairness any longer.”

I hope I don’t have to explain what is wrong with this, and I eagerly anticipate being able to parry any brain-melted partisan who reads something like this and says, “Hey, what a good idea!” Yet obviously millions of people are in thrall to this kind of slippery slope progressivism: if a gender, or a race, or a nationality or any other tribe has a unique need or problem, then all of society must help pay for it, or life is unjust. Was a virus released into the water system of certain major cities.? What else can account for such abdications of personal responsibility being accepted as fair and reasonable?

Hey! Why doesn’t the government pay for my electric razor? END_OF_DOCUMENT_TOKEN_TO_BE_REPLACED 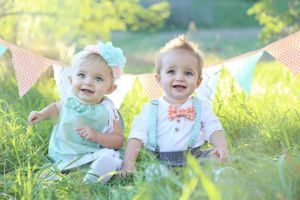 “We’re giving one of you most of our money, because we already know the other one won’t need it.”

A nauseatingly self-congratulatory feature by Elle writer Paul Ford was introduced by the women’s magazine this way:

“As Paul Ford’s twins grew, he couldn’t stand the fact that his daughter would always lag behind his son financially. Then he hatched a brilliant plan….”

Here’s the brilliant plan, in Ford’s own words: END_OF_DOCUMENT_TOKEN_TO_BE_REPLACED

“Yes, this has happened to a smaller degree before. In 1994, in the first mid-term election after the last Democratic president was elected, we got a slate of candidates that included Helen Chenoweth of Idaho and Steve Stockman of Texas. These two were so close to the militia movement in this country that Mr. Stockman actually received advance notice that the Oklahoma City bombing was going to happen.”

As I have mentioned here before, when the going gets tough, the tough get unethical. As the certainty of a Red Tide washing over Congress, the Senate and the state houses becomes more inevitable with each passing day, frustrated partisans in the blogosphere and news media are lashing out in frustration, allowing their commentary to become even more shrill and their respect for essentials like facts and fairness to shrink to the vanishing point.

Maddow is an especially depressing case in point. She is a talented television personality and a sharp analyst, but her passionate progressive leanings sometimes overwhelm her professionalism, and this time, she crashed over all ethical lines. END_OF_DOCUMENT_TOKEN_TO_BE_REPLACED