Well, It SHOULD still be “Good Morning!”, but it’s not…

1. The most unethical Presidential campaign in recent history.  This profile of Brian Michelz, 29, a Bernie Sanders supporter in Wisconsin, nicely illustrates the central ethics rot at the core of the Sanders campaign and his appeal. Michelz, we learn, is desperately in debt. He is therefor banking on Sanders to solve his problems by taking money from other people and giving it to him.

This is where the hyping of “income inequality” leads, and it is the basis of Sanders’ unethical message. It is inherently unfair that other people make more money than you do, so the government should use its power to “equalize” income and wealth. We learn in the course of the piece that in last week’s California primary, 47 % who said income inequality was their most important issue picked Mr. Sanders. 13% voted for Joe Biden.

How do individuals brought up in the United States, a nation built on the belief in personal liberty and the responsibility for choosing and making one’s own path in life, come to believe that there is an intrinsic right to a level of wealth and success, regardless of personal choices, industry, talent and character?  We don’t need to ask how we came to have a Presidential contender whose strategy is to appeal to such people and exploit their unhappiness with their current state in life. That is a market-tested approach to acquiring power that has been effective around the world, with disastrous results.

2. Thank you, 1960s! From the res ipsa loquitur department: A new Pew Research Center study of 130 countries and territories shows that the U.S. has the world’s highest rate of children living in single-parent households. From the study:
END_OF_DOCUMENT_TOKEN_TO_BE_REPLACED

Coming in on a four month-old post, first time commenter Amanda Bonarrigo’s Comment of the Day describes how she was pushed toward single motherhood by a system that operates in willful ignorance of the personal and societal problems the condition creates. These are some of the best and most enlightening comments that Ethics Alarms receives, when an individual with a personal experience related to the topic of an essay here reveals a relevant personal experience in frank and passionate term.  Opinions are great, but this is the most helpful of all.

Here is Amanda’s Comment of the Day on the post, A Single Mother’s Irresponsible Defense of Single Motherhood:

END_OF_DOCUMENT_TOKEN_TO_BE_REPLACED 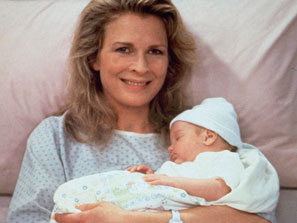 To be fair, Murphy had an excuse for being irresponsible: she didn’t exist.

Allow me to stipulate:

1. Katy Chatel has every right to have a child if she wants to.

2. I accept her assertion that she is able to be, and will be, an exemplary parent, and that her child will not suffer in any way for want of a father.

3. Everything in her Washington Post essay “I’m a single mother by choice. One parent can be better than two” may be accurate and correct from her point of view, which as far as her own life is concerned, is all that matters. I will accept, for the purpose of this post, that it is correct.

4. This is a free country, and she can express any opinion that she chooses.

Nevertheless,  she should not have written the article, which is irresponsible and cannot avoid doing more harm than good. END_OF_DOCUMENT_TOKEN_TO_BE_REPLACED

USA Today included an editorial yesterday about the explosion of births to unmarried mothers in America that has exacerbated many societal problems. It’s a stunning story : in 1960,  the figure was 5.3%; by 1970, in the teeth of the cultural upheaval launched in the late 60’s, it had  more than doubled to 10.7%.   In 2009, 41% of children born in the USA were born to unmarried mothers,  including a frightening 73% of non-Hispanic black children.  The editorial suggested that reversing the trend is a priority, but was short on ideas for how to address it. Notably absent was the method of social control that had served the United States well since 1776, and had been effective world-wide since the institution of marriage: calling it wrong. END_OF_DOCUMENT_TOKEN_TO_BE_REPLACED

Jennifer Aniston is promoting her upcoming comedy “The Switch,” about a single woman who becomes a mother through artificial insemination. In one interview. Aniston commented that “Women are realizing more and more that you don’t have to settle, they don’t have to fiddle with a man to have that child.” This rankled Fox News’ star blowhard Bill O’Reilly, who regarded Aniston’s remark as an endorsement of unwed and under-age motherhood, and told his  cable audience that Aniston was “throwing a message out to 12-year-olds and 13-year-olds that, ‘Hey! You don’t need a guy, you don’t need a dad!” His verdict: “That’s destructive to our society!…Aniston can hire a battery of people to help her, but she cannot hire a dad, okay?” END_OF_DOCUMENT_TOKEN_TO_BE_REPLACED