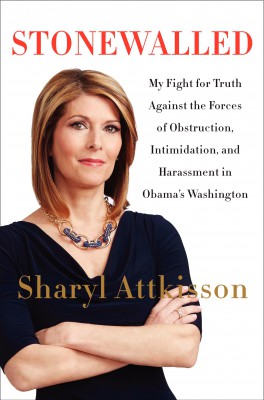 This week, the Washington Post published a story on the results of a  study by the Cooperative Congressional Election Study (CCES). The study appears to show that more than 14%  of non-citizens were registered to vote in both the 2008 and 2010 elections, that  6.4 % of non-citizens voted in 2008, and 2.2%  of non-citizens voted in 2010. This, the study reasonably concluded, would be enough to change the results of some close elections, both then and, if the same kinds of numbers hold true, in the coming one.

Since the partisan fight over voter ID’s and various measures that make it easier to register to vote still rages, I assumed that this would be a big story. Hope springs eternal, and I am an idiot. Even though the source of the report was the Washington Post, a reliable liberal/progressive/Democrat-promoting mainstream media engine, the story was buried, or at least has been so far. Perusing the list of links to it on the web, I found fewer than 20; in contrast there were more than 500 links on Google to reports of the death of Jack Bruce, the bassist for Cream.  Moreover, the 20-ish links contained nothing but right-leaning and conservative blogs, networks and publications: Fox (of course)…Brietbart…the National Review…The Daily Caller…The Washington Times…The Examiner, a few more. ABC? CBS? NBC? MSNBC? (“Illegal immigrants? That’s  immigrants, you racist!”) NPR? CNN? The New York Times? USA Today? No, no, no, no, no, no, and no. (The Wall Street Journal hasn’t covered the study either.)

This is just the most recent example illustrating how miserably the national media does its job, and how its choice of stories is unconscionably warped by the political and ideological agendas of publishers, editors and reporters who abuse their positions and discard the duties of their profession and their country. END_OF_DOCUMENT_TOKEN_TO_BE_REPLACED

I am through with Dana Milbank, and also with anyone who quotes him, relies on him, believes him or—take note, Washington Post—employs him. There must be some level of insulting, dishonest, toadying, intentionally misleading punditry that qualifies as intolerable, and Milbank’s latest column for the Washington Post—syndicated elsewhere so the maximum number of weak minds can be polluted—defined it. I’m not going to reprint a word of it for fear that it will poison the blog, or cause your head to explode like mine just did—but I can describe its thesis. Get this: Milbank decries a “crisis of the week political culture” in Washington, and blames the news media, Republicans and Congress for the shifting attention. I am suppressing a scream as I write this.

There is a “crisis of the week” political culture because the incredibly inept and incompetent President of the United States has mismanaged every conceivable aspect of the government’s policies, domestic and foreign, while maintaining incompetents and political hacks in key positions and sending the message that there will be no accountability for abject failure, and because, despite pledging unprecedented transparency, the standard operating procedure for this group of ideologically doctrinaire and skill-challenged group has been to posture, obfuscate, stall, mislead and lie until various ugly chickens come home to roost, and then to rely on the news media to accept absurd excuses, explanation and blame-shifting theories, chaos has been percolating beneath the surface in dozens of vital areas—oh yes, more bad news is coming—and the full measure of various disasters are finally becoming known.

There is a crisis of the week mentality because a new catastrophe caused by the epic incompetence of this Administration is being uncovered every week, and sometimes every day.

And Dana Milbank blames the political culture, as if it is making this stuff up.

And he expects readers to agree with him.

And a lot of them will.

END_OF_DOCUMENT_TOKEN_TO_BE_REPLACED

Outrageous! Why would the GSA have to hire this clown? Talk about “carrying coals to Newcastle…”

That the GSA’s spending 0ver $800,000 on a Vegas staff fling masquerading as a working conference was unethical and an example of government agency arrogance at its worst seemed so obvious to me that I was going to eschew commentary entirely. When Newt Gingrich, Eric Holder and Kim Kardashian would likely understand what is wrong with any conduct, my analysis is superfluous. However, here are a few observations regarding the more critical issue of what this episode teaches us about the Obama Administration, the culture it has fostered and its leadership: 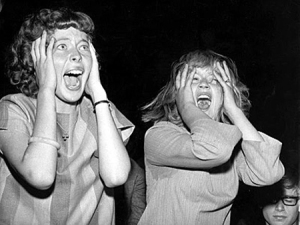 "Hide! The Vice-President says that if the jobs bill doesn't pass, we might be raped!!!"

“The very first question at the next Solyndra hearing should be, “How many rapes could Democrats have prevented by giving that $535 million to cops instead?”

—“Hot Air” blogger Allahpundit, marking the below-the-belt tactics of Vice President Joe Biden, who angrily suggested that Republicans who voted against the President’s jobs bill would be responsible for rapes and murders because of the resulting inadequate numbers of police.

Biden’s fear-mongering is beyond demogoguery, whatever the virtues of the President’s bill. States make budgetary decisions, and if a state’s priorities in funding didn’t include sufficient police personnel to prevent rapes and murders, the state is accountable, not Congressional Republicans (and Democrats) who don’t like the President’s bill. Meanwhile, the jobs bill seeks $5 billion for cops (and firefighters) and $30 billion for teachers. Is Obama willing to risk more rapes by not putting more money into law enforcement and less into teacher’s unions?  END_OF_DOCUMENT_TOKEN_TO_BE_REPLACED

It isn’t a Republican or a Democratic Party problem, and it isn’t unique to the Obama Administration. It is a structural problem in American government, a conflict of interest that pits the best interests of the American people against the political interests of the party in power. The only solution to the problem, since it is here to stay, is leaders who acknowledge the conflict, are dedicated to doing the right thing anyway, and have the courage to demand that their staffs do likewise.

The Soyndra scandal shows that Barack Obama is not such a leader. That does not make him unique, but it is a serious ethical flaw nonetheless. END_OF_DOCUMENT_TOKEN_TO_BE_REPLACED