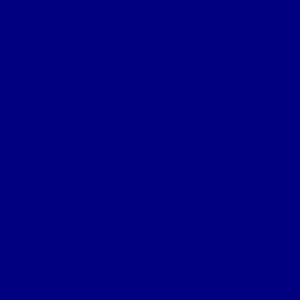 Every now and then, and it is never on a post that I am especially keen on or that I expect to catch fire, a link to an Ethics Alarms essay is suddenly being clicked on by a lot of people who have no interest in ethics, but a particular interest in a topic I happened to stumble into, as I am wont to do. Usually these waves of traffic contribute nothing of substance to our ethics colloquy, produce no new regular readers, and  they depress me, as did the so-called “Instalanche” of a few years back when Glenn Reynolds deigned to link to a post.  A bigger group of nasty right wing jerks I have never encountered before or since: I lost a bit of respect for Professor Reynolds that day (His avid followers maintained it was ethical to spread a web rumor that Harry Reid was a pederast in retribution for Reid’s “Romney hasn’t paid taxes” lie. It’s not.)

The current ‘-lanche’ has arrived courtesy of my post of a couple days back about an unlabeled hoax study published by The Journal of Evaluation in Clinical Practice, a (formerly) respectable scientific journal. Of the few new readers who have commented, most have distinguished themselves by making the typical threadbare rationalization used for all web hoaxes, to wit:  “Anyone who didn’t figure out it was a gag isn’t as smart as I am.” If these people typify the ethical acumen of scholarly journal readers, we have trouble my friends, right here in River City.

See, Brilliant Advanced Degree-holders, the problem with respectable journals (if there are such things) publishing inside jokes without proper labeling is that the false studies are read and believed by journalists, who spread the misinformation like an oil slick over the culture and public consciousness. It doesn’t matter if you got a chuckle out of it; what matters is that a lot of people were made to believe false information, and it is the purveyors of that false information, not the oh so gullible and ignorant victims of it, who are at fault. END_OF_DOCUMENT_TOKEN_TO_BE_REPLACED

The Journal of Evaluation in Clinical Practice, a respected scientific journal, published a supposedly peer-reviewed study in its current issue finding that kisses from mommy are not an effective way of remedying children’s boo-boos. Several news outlets fell for the hoax, including The Daily Caller.

“Maternal kisses are not effective in alleviating minor childhood injuries (boo-boos): a randomized, controlled and blinded study“ described the results of research allegedly conducted on 943 pairs of toddlers and their mothers and designed to determine whether a kiss from a child’s mother after a minor injury significantly reduced the child’s distress.

There were plenty of red flags in the study beyond its ridiculous subject matter. For example, the “researchers” wrote that they intentionally constructed scenarios in which children would hurt themselves. In one scenario, the authors claimed that they placed chocolate in an area where a child would bump his head trying to reach the chocolate. In another, they said that the researchers placed a child’s favorite object behind a heated coil so the child would burn herself trying to access the object. END_OF_DOCUMENT_TOKEN_TO_BE_REPLACED