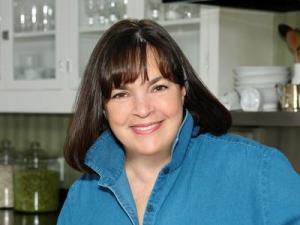 A boy named Enzo Pereda, now 6, was diagnosed with acute lymphoblastic leukemia in 2009. The Make-A-Wish Foundation asked him what his wish would be, and he said he wanted to meet the Food Network’s Ina Garten, the “Barefoot Contessa,” and watch her cook from his bed. Enzo’s wish was relayed to Garten through the Foundation, but she declined, saying that her schedule was too busy with a book tour. Enzo opted to wait. The request was made again this year, and Garten’s refusal was final and unconditional. Enzo’s mother, who has catalogued his illness in a blog called “Angels for Enzo,” was furious, writing:

“…it is has been officially confirmed that Ina Garten (the “Barefoot Contessa” ) has declined Enzo’s wish to meet her and cook a meal with her. I felt terrible for him, he has been unwavering in his desire to meet her for 3 years …Even yesterday when I told him the unfortunate news, his reply was simply “why doesn’t she want to meet me”? (As he is looking up at me with those big beautiful brown eyes)… I just tried to explain (even though her answer was simply “NO” and a blanket “NO” to granting ANY wish across the board…WOW)…I would be lying if I said that I don’t find this to be shocking. To know that out of EVERY THING (material Enzo could choose to have), or ANY PLACE (in the world Enzo could travel to) and out of EVERY PERSON on this earth he chose Ina, and she cannot see what an honor that is…The immediate reaction yesterday when word started to get out that Enzo’s wish got declined was like wild fire and so many people are upset and disgusted. I also know many boycotts have started and e-mails, letters, texts have been sent out. And I truly appreciate all the passion you feel and all the love and support you have shown Enzo.”

Not surprisingly, after that, “The Barefoot Contessa” is getting marinated in the media, barbecued in the blogosphere, and parboiled by the public. The episode is tricky from an ethical perspective, because it involves emotionally charged elements like the disappointment of a sick child and his loving family, which make it difficult to evaluate the situation objectively.

The single most unethical action in this unfortunate sequence is Mama Pareda’s passive-aggressive call for supporters of Enzo to wreak vengeance on Ina Garten. I can understand her anger and bitterness, and in her position, I would be angry too. But it was wrong, vindictive and unfair to call down the wrath of the media and blog-furies against her, which is exactly what her blog post did. (Now Pareda is trying to call off the pack, having figured out that the furor over Garten is making Enzo, who still admires her, feel worse, not better. Good luck putting the genie back in the bottle.)

Garten’s refusal was not wrong, and it was not justification for criticism. There are many legitimate reasons for her choosing not to give Enzo an audience, including just not wanting to do it. Do all of us have an obligation to do a favor for a stranger simply because they asked for it? No. Do we have an obligation to do the favor if the stranger is sick? Young? Old? Dying? No, no, no and no. Accept any other answer, and we are declaring that whenever the Make-a-Wish Foundation delivers a request, it is really a demand, backed by the threat of public humiliation….dictatorship of the desperate, attack of the compassion bullies.

Would I make Enzo’s wish come true, under almost any circumstances? Yes. Ina Garten doesn’t have to. Would most celebrities? Yes…and Ina Garten still doesn’t have to. Being kind and generous is ethical, but saying no when there is no ethical duty to say yes is not unethical. If Enzo is making a request, then the request can be refused. If it isn’t really a request, but an order, Enzo has no right to issue it. There is a duty to rescue. There is a duty to confront and report wrongdoing. But a duty to comply with the random desires of sick children? Absolutely not.

What about celebrities, though? I frequently write about their duties to be ethical role models and to tolerate the inconveniences of their fame. Doesn’t that apply here? I don’t think so. A baseball star should sign autographs for kids within reason; a movie star should be gracious when someone approaches her in public. This is more; Enzo asked for a special event, just for him. I expect a celebrity to be polite to me if I say hello, but he doesn’t have to accept my invitation to dinner, even if I tell him my son is sick and that having him over would make his big brown eyes glisten with joy.

Then, after the celebrity has declined my invitation, I am wrong if I go out of my way to make the episode a public relations crisis for him, because he didn’t come through with an extraordinary act of graciousness and kindness.

The Ethics Verdict: There was unethical conduct here, and it was all Mrs. Pareda’s. Enzo has chosen another wish, and he seems to be happy about it. The only victim was “The Barefoot Contessa.”

UPDATE-3/29/11: “The Barefoot Contessa” caved in to the pressure and the cyber shaming campaign, and agreed to Enzo’s demands. Of course, it isn’t charity or generosity when the act is the result of threats and insults, so Garten won’t even get any credit for her capitulation, only a mass “and let that be a lesson to you!”   Enzo probably doesn’t care, and the compassion bullies smugly win another round. I wish she had the courage to resist the easy way out, but I had little hope that she would, and can hardly blame her.

70 thoughts on “The Barefoot Contessa and the Compassion Bullies: An Ethics Drama”