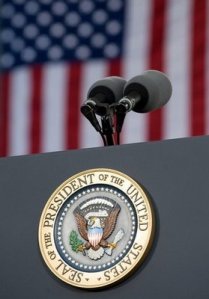 I have written before, more than once, about President Obama’s astonishingly flat learning curve regarding what is and is not appropriate subject matter for the nation’s Chief Executive to render public opinions about. Without knowing the facts, he has denigrated a local policeman’s handling of a difficult and racially charged situation; he has rendered opinions on state governance matters that are not the federal government’s proper concern; he has warped public opinion by condemning a state law while misrepresenting its provisions. He has criticized citizen critics and media figures by name, something that is almost unprecedented for a president. He has declared corporations negligent or guilty in matters that had not been fully investigated, before any lawsuits or charges had been filed.  He took sides in a purely local dispute over the location of an Islamic center near the 9/11 scene, and he even injected himself into NBA star Lebron James’ free agency, suggesting that he should consider Obama’s home town Chicago Bulls.

Last week, he publicly declared a prisoner guilty of a serious crime for which he has yet to be tried. When he was heckled by supporters of alleged Wikileaks leaker Bradley Manning during a San Francisco fundraiser, the President engaged one of the singing protesters in a brief exchange, including this comment:

“So people can have philosophical views [about Bradley Manning] but I can’t conduct diplomacy on an open source [basis]… That’s not how the world works.  And if you’re in the military… And I have to abide by certain rules of classified information. If I were to release material I weren’t allowed to, I’d be breaking the law. We’re a nation of laws! We don’t let individuals make their own decisions about how the laws operate. [Bradley Manning] broke the law.“

I can say Bradley Manning broke the law. You can say it. But for the President of the United States to say it deprives Manning of his right to a fair trial. Manning is likely to be tried by a military tribunal, whose superior, the Commander and Chief, has now declared what their finding should be before any evidence has been considered or a witness has been called.

Obama is President of the United States. He is not King, nor Grand Inquisitor. His opinions carry great influence and weight, and there are two reasons why it is irresponsible to throw them into the public square without consideration of their context, effects or appropriateness,. First, it is an unacceptable abuse of power. Second, it dilutes one of his most powerful leadership tools when a deft use of the bully pulpit is necessary to build public support in a matter of genuine national interest.

There are many types of intelligence, and clearly Barack Obama possesses some of them in abundance. His leadership instincts, however, remain startlingly inadequate. Presidents who never received the gushing plaudits Obama has for intellectual acumen—his immediate predecessor comes to mind–managed to effortlessly avoid these gaffes. At a certain point, and it may have already been reached, there may be no escaping the conclusion that they are not gaffes at all, but willful and knowing abuses of presidential power.

If not, his former Constitutional law students should probably chuck their notes.

25 thoughts on “If President Obama Is So Smart, Why Does He Keep Doing the Same Dumb, Unethical Thing?”