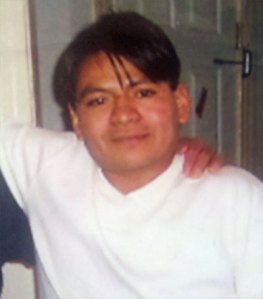 [Not many people were checking in on Ethics Alarms when I wrote this post in response to yet another example of bystanders choosing to do nothing when a human being was in peril. Some of the comments to the Alameda post, those making excuses for the 75 faint-hearted or apathetic citizens in that city who would rather gawk at a tragedy than try to stop it,  caused me to recall the essay, which explores related issues.  I wrote it, but I had nearly forgotten about the story; when I re-read it today, I got upset all over again.Here, for the second time, is “What Hugo Alfredo Tale-Yax Can Teach America.”]

The one with the premium-grade ethics alarms bled to death on the sidewalk. The people who never had theirs installed at all took pictures. Is this the way it’s going to be?

Hugo Alfredo Tale-Yax was a Guatemalan immigrant who lived in Queens, New York. His life was a mess; he was destitute, ill, and had no job or likelihood of getting one. When he saw a knife-wielding man apparently assaulting a woman on the street two weeks ago, however, he knew what his ethical obligations were. He rescued her by intervening in the struggle, and got stabbed, badly, for his actions. The attacker ran off, and so did the woman, who didn’t check on Hugo after he fell, and  never contacted the police.

She also neglected to say, “Thanks for saving my life.”

As Tale-Yax lay on the sidewalk in Queens, a pool of blood darkening around him, a security security camera recorded the actions of twenty-five New Yorkers who saw him and walked on. One stopped to take a photo with his cell phone. Another briefly shook Hugo. A couple appeared to actually consider doing something, but decided against it.

Already late for breakfast, perhaps.  Maybe an appointment to make. Things to do. Forget about the bleeding guy.

Eventually someone—perhaps one of the twenty-five, perhaps not—called 911, a full hour after Hugo was stabbed. Whoever it was, he didn’t leave his name, and he gave the wrong address. A half an hour after that, another call reported a wounded man, and the police arrived. By then, Hugo Alfredo Tale-Yax bled to death from stab wounds. He was 31.

The inaction of the New Yorkers who let Hugo die is different from the terrible breaches of duty committed by the Brooklyn EMTs who watched a woman and her unborn baby die. It is closer to the conduct of the Mt. Everest climbers in 2006 who marched on to the summit past a fallen companion, but not exactly like that, either. Many of the passers-by may have been illegal immigrants, as was Hugo. Maybe they were afraid of being apprehended by authorities. There was blood on the sidewalk, and blood might carry infection. There is no legal requirement in New York and most other jurisdictions for citizens to render assistance to fellow human in distress . The safe thing is not to get involved. Helping out another human being carries risk.

America used to be about risk, but we are losing our collective nerve. The culture has gradually embraced an alignment of values where avoidance of risk nears the top of the list. We will give up some of our freedom to be secure from attack. We will give up our independence to ensure income, health insurance, and other safety nets. We will let the poor fight for us. The willingness to take great risks for important goals and objectives, which made the existence of the United States possible, is no longer seen as virtuous, logical, or smart.

Where does that leave courage, valor and self-sacrifice? Bleeding to death in Queens, apparently. Officials in New York were not especially surprised at the reactions, or lack of them, from those who saw Hugo as he died. Yes, the decent and responsible thing would be to call 911 (we know at least one of the onlookers had a cell phone) and to stay with Hugo until help arrived. That would have required some risk, though.

Schools don’t teach students about courage any more. Stories about the miserable treatment of Native Americans dominate the story of how the West was won, slighting the undeniable courage of the common people who won it (or, if you prefer, took it.) The wars of the 20th Century are increasingly taught as cautionary tales about imperialism, greed or genocide; nobody graduates from high school today knowing who Alvin York or Audie Murphy was or what they did. The earlier wars? Well, you can’t teach about Pickett’s futile and heroic charge, because he was one of the “bad guys” in the Civil War. Schools rarely teach students about the Alamo outside of Texas: too many slaveholders in that group of 186 (or 220), and they were fighting Mexicans.

It is true that today’s popular culture, Harry Potter and the like,  still celebrate heroism and sacrifice. It doesn’t seem to me that this is enough to maintain bravery and courage as cultural values, when all the other societal messages are  telling Americans to be safe, be secure, and above all, avoid risk.

The fascinating thing is that Hugo Alfredo Tale-Yax, the illegal, down-and-out Guatemalan immigrant, would have fit right in at the Alamo. His life wasn’t much, but it was all he had, and he gave it up to help a stranger. His life, a failure, perhaps, up until its final hour, was given meaning and nobility by his courageous, selfless, ethical act.

I don’t know what it will take to make Americans remember what was once a cherished part of their heritage, that the courage to do what is right in the face of  danger and risk is essential to a healthy society and a meaningful life.

19 thoughts on “Flashback: “What Hugo Alfredo Tale-Yax Can Teach America””