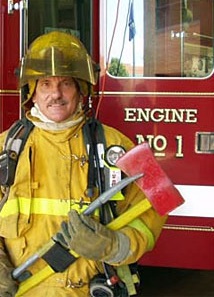 “Hey, I’m ready! Just go through the proper channels, and I’m On it! You can count on me!”

I guess it’s a sign of longevity that some ethics stories are recurring so exactly that I can handle them with previous posts. I never wanted to see this one repeat, however.

In 2004, two EMT’s let a pregnant woman die in front of them without offering aid, because they were on a break and wouldn’t abandon their coffee and bagels to save a mother and her unborn child. (They were suspended and yet kept their jobs.) Over the weekend, in Washington, D.C., a 77-year-old man, Medric Cecil Mills, collapsed across the street from a fire station. The man’s daughter ran across the street to seek help, and the firefighter she spoke to explained that he couldn’t respond until being dispatched and instructed her to call 911. The man died.

[A black humor note: when 911 was called and a rescue vehicle dispatched, it went to the wrong address.] END_OF_DOCUMENT_TOKEN_TO_BE_REPLACED

[Not many people were checking in on Ethics Alarms when I wrote this post in response to yet another example of bystanders choosing to do nothing when a human being was in peril. Some of the comments to the Alameda post, those making excuses for the 75 faint-hearted or apathetic citizens in that city who would rather gawk at a tragedy than try to stop it,  caused me to recall the essay, which explores related issues.  I wrote it, but I had nearly forgotten about the story; when I re-read it today, I got upset all over again.Here, for the second time, is “What Hugo Alfredo Tale-Yax Can Teach America.”]

The one with the premium-grade ethics alarms bled to death on the sidewalk. The people who never had theirs installed at all took pictures. Is this the way it’s going to be? END_OF_DOCUMENT_TOKEN_TO_BE_REPLACED

50-year-old Raymond Zack waded into the surf on an Alameda, California beach and stood calmly in the 54-degree water, apparently waiting to die. His suicide took nearly an hour, but eventually he drowned, with no rescue attempts from any of the 75 San Franciscans who gathered on the shore to watch the entire tragedy.

Why didn’t anyone try to rescue the man?

Apparently it was because nobody was paid to do it. You see, stopping Zack from killing himself wasn’t anyone’s job.

The media’s focus in reporting yet another disturbing incident with echoes of the murder of Kitty Genovese has been exclusively on the inert Alameda police and firemen who witnessed Zack’s suicide. “Fire crews and police could only watch,” wrote the Associate Press.

What does the AP mean, “they could only watch”?  Were they shackled? Held at gunpoint? Were all of them unable to swim? They didn’t have to watch and do nothing, they chose to watch and do nothing, just like every one of the bystanders who weren’t police or firemen chose to be passive and apathetic when saving a life required action and risk. END_OF_DOCUMENT_TOKEN_TO_BE_REPLACED

The one with the premium-grade ethics alarms bled to death on the sidewalk. The people who never had them installed at all took pictures. Is this the way it’s going to be?

Hugo Alfredo Tale-Yax was a Guatemalan immigrant who lived in Queens, New York. His life was a mess; he was destitute, ill, and had no job or likelihood of getting one. When he saw a knife-wielding man apparently assaulting a woman on the street two weeks ago, however, he knew what his ethical obligations were. He rescued her by intervening in the struggle, and got stabbed, badly, for his actions. The attacker ran off, and so did the woman, who didn’t check on Hugo after he fell, and  never contacted the police. She also neglected to say, “Thanks for saving my life.” END_OF_DOCUMENT_TOKEN_TO_BE_REPLACED

The rescue situation is finally beginning to come into focus. If you are in need to be rescued in a public venue, you don’t want to have to depend on the rapid response of off-duty EMT’s or the assistance of on-duty security personnel. No, what you need nearby is a good, professional, quick-thinking, courageous Broadway actor.

Liev Schreiber, the star of the Broadway revival of Arthur Miller’s drama “A View From the Bridge,” rushed to the aid of an audience member who lost consciousness during a performance. The man’s wife began screaming for help, and when the theater house lights were turned on, Schrieber could be seen emerging from backstage and running down the aisle to where the unconscious man was sitting. The actor tried to offer aid to him until a physician emerged from the audience, and eventually the stricken audience member was placed in the care of paramedics. END_OF_DOCUMENT_TOKEN_TO_BE_REPLACED

The release of a January security video from a Seattle transit station has triggered a public uproar, and no wonder: it shows a group of girls brutally beating a young woman, including kicks to her head, as three security guards stand by, watching, doing nothing. Well, not exactly nothing: they did call for help.

Gee, thanks, guys. Would you tell them to bring some aspirin, an ice pack and a stretcher while you’re at it?

The astounding indifference to both human life and their duties displayed by the EMTs in yesterday’s incident in Brooklyn relates directly to the title of this blog. Why…why…didn’t their ethics alarms go off when they knew that a young, pregnant woman was fighting for her life a few yards away? What could have dulled their senses of duty and humanity, disabled them, to this extent? END_OF_DOCUMENT_TOKEN_TO_BE_REPLACED

In Brooklyn, New York, a pregnant woman went into cardiac arrest in front of  two EMT’s having breakfast at a coffee shop. They did nothing to help her, despite entreaties from others at the shop, reportedly because they were “on break.” And she died.

You can bank on hearing a lot more about the horrific incident in the coming days and weeks. Normally an obvious example of miserable human conduct wouldn’t be mentioned here, because there is no ethical controversy to consider. This one, however, raises important questions that have to be answered:

One thing seems certain: New York’s famous Christmas spirit isn’t what it used to be.