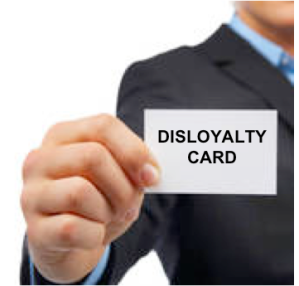 A Louisville lawyer named Keith Kamenish wants to defend Dion Neal, a drug dealer, against a murder-for-hire charge.  A police informant wearing a wire recorded a hit man as he said  that he was paid by Neal to kill a competitor for him. “I put 36 slugs in that nigger’s face and stood on his head,” the independent contractor boasted, according to a transcript of the conversation filed in court. “The whole head collapsed!”

The government is trying to get Kamenish kicked off the case, and here is why: the guy whose head collapsed, LaJuante “B.B.” Jackson, was a Kamenish client at the time of his murder. Jackson was shot just four weeks after Kamenish got Jackson released on bond on a state drug charge; the lawyer’s blood- stained business card was found in Jackson’s wallet.

In the motion by Assistant U.S. Attorneys James Lesousky and Rob Bonar objecting to Kamenish’s representation, the idea of a lawyer defending one client accused of killing another client is called “unseemly.” That is something of an understatement. There are several ethical problems with such a representation, including:

These are all significant problems, but “unseemly” is also a problem. The Rules of Professional Conduct no longer contain a prohibition against a lawyer’s engaging in conduct that creates “the appearance of impropriety,” but courts often act as if it does. A reputation like this makes the legal profession appear venal, disloyal and soulless, and since the legal system requires that clients trust their lawyers, it does harm beyond the immediate case.

I think all of this should be more than enough to keep the lawyer out of this case, but there is yet another reason for the government to be queasy about the representation: it could form the basis for an appeal later. If Neal is convicted, he could hire another lawyer to argue that Kamenish “pulled his punches” because of his duties to the victim, requiring a new trial. It is true that the U.S. Supreme Court once rejected this exact argument, but the facts of that case could be distinguished from Neal’s. Who knows—maybe this is why Neal is so eager to have his alleged victim’s lawyer handle his defense.

3 thoughts on “The Case of the Excessively Flexible Lawyer”