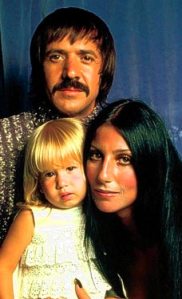 Apparently ABC’s message boards, e-mail inbox and phone messages have been over-flowing with “Dancing With the Stars” fans and others protesting the addition of Cher’s transgendered son to the slate of competitors. Why are they so upset, you ask?

That’s what I’d like to know. I have watched Chaz Bono in several interviews, and he impressed me as a smart, down-to-earth, articulate and thoroughly likable young man in every way. He is straightforward in answering the most delicate questions, and appears to have no other objective than to be happy and, if possible, to provide comfort, inspiration and hope for others who have gender confusion issues.

Now Chaz has been added to the cast of the upcoming installment of America’s favorite competition/reality show, which has always included an odd stew of American cultural figures, from tabloid targets to star athletes to nostalgia cases to reality show comets to novelty choices from the worlds of politics and media. He fits right in (tabloid target/nostalgia division) , and in many ways is an upgrade from the usual B and C-List denizens who usually do the dancing. What in the world is so objectionable about Chaz Bono?

Let’s look at the supposed reasons that “Dancing With the Stars” made a horrible mistake by selecting him:

“The name of the program is Dancing With the Stars. Since when is Chaz a star? Okay, he starred in his own documentary about his transition to male, but other than that what has he done with his life? Stardom? Not hardly. I think I’ll pass on watching this season. Maybe they’ll get some stars next season.”

I wouldn’t bet on it. My guess? Anonymous is a bigot. As Anonymous often is.

And, of course, it helps to be a bigot.

As for me, I’m proud of Chaz Bono. He didn’t ask to be in the spotlight: his famous parents made that choice for him when they used to parade him, when he was a tiny her, on their 70’s TV show. He has had to live out his sexuality issues and gender identity crisis in front of the world, because his tale is TMZ  ans National Enquirer gold. He has made the best of this situation, and is doing a service to society by putting a human face on the transgender phenomenon,  promoting understanding where there has usually been nothing but bad jokes and snickers.

Most important of all, he seems like an admirable young man; not too surprising, as both Cher and the late Sonny Bono were intelligent, industrious, and honest.  Nobody has any justification to insult him, condemn him, or wish him ill, on the show or in any other facet of his life.

And bigotry is not a justification.

13 thoughts on “How Can Anyone Justify Attacking Chaz Bono on “Dancing With the Stars”?”