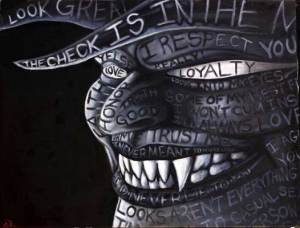 The ethical issues in the unfolding Penn State scandal are not complex. Unless the grand jury got things completely confused, high officials of the school as well as legendary football coach Joe Paterno had credible information indicating that former Paterno assistant coach Jerry Sandusky sexually molested young boys on the Penn State campus, and did nothing about it. Now, after a three-year investigation, Sandusky has been charged with forty counts of child abuse by Pennsylvania authorities, and Penn State’s athletic director and a university vice-president have been charged with perjury and failing to report the crime. [UPDATE 11/7/20011: the University officials both resigned late yesterday.]

Paterno is apparently not going to be charged, because he alerted university administrators, technically complying with Pennsylvania law. Ethically, it doesn’t matter. Paterno, like University athletic director Tim Curley, Gary Schultz, Penn State’s senior vice president for finance and business, and apparently Penn State president Graham Spanier as well, did nothing for nine years after being alerted to Sandusky’s apparent proclivities, knowing that a probable child sexual predator was not only on the loose, but operated a foundation for at-risk kids that kept him supplied with ready victims.

There can be no excusing this. Calling the conduct of the Penn State officials irresponsible doesn’t begin to characterize it; I regard the conduct as the equivalent of aiding and abetting child abuse by willful silence. There is an ethical duty to report crimes; there is a duty to prevent cruelty and abuse of others; there is a duty to protect our children. It shouldn’t require an ethicist to identify the behavior of Paterno, Curley and Schultz as wrong. The question is why this happens, and more importantly, why this keeps happening in institutions across the country.

In 2002, the grand jury investigation reveals, Paterno was alerted by a graduate student assistant that he had witnessed Sandusky molesting (indeed, what he described was rape) a young boy in a shower at the Penn State athletic facilities. The coach then went to Curley, who along with Schultz met with the grad student. Their response to his story: they told Sandusky, who maintained an office on campus despite having retired as assistant coach a few years before, that he couldn’t bring children from his foundation into the athletic buildings any more. Translation: “Do your child molesting on your own turf, please.”

They didn’t even make an effort to identify the child or contact his parents.

As with the Catholic Church’s intentional protection of child molesters in the ranks of its priests, as in the Boy Scouts of America covering up the activities of abusers among its scout masters, as in the House of Representatives looking the other way while Rep. Mark Foley stalked under-age pages, and in too many other similar examples to mention, rational, supposedly ethical people chose loyalty to people and institutions—and a big time football program— over their duty to prevent harm to the weak and vulnerable.

Loyalty. It may be the most problematic of the ethical virtues. Loyalty is an essential component of trustworthiness, and is closely tied to the ethical values of fairness and reciprocity. Loyalty makes the existence of families, groups, joint enterprises and organizations possible; it means subjugating one’s selfish needs and goals, when necessary, to the needs and goals of people and institutions that have helped you in the past. These cases show the dark side of loyalty, however. Loyalty can be employed for wrongful objectives as well as good ones. The danger of loyalty arrives when we regard it as absolute, trumping all other values: “My country, right or wrong;” “My family right or wrong,” “My leader, right or wrong,” “My party, right or wrong,” “My employer, right or wrong;”  “My lucrative athletic program right or wrong”…yes, attorneys, sometimes even “My client, right or wrong” must yield to higher and more urgent ethical concerns. These statements and others like them that blot out crucial duties to society and human rights in the pursuit of lock-step loyalty should act as ethics alarms: once you think them, step back and do some objective ethical analysis.

Paterno’s loyalty to a friend and assistant coach and the administrators’ loyalty to Penn State cannot and must not outweigh the duty to protect children from being sexually abused. That none of them were able to see this shows how loyalty in excess can cause ethics blindness. And ethics blindness can do terrible damage.

At Penn State, it may have led children into the clutches of a predator.

47 thoughts on “Penn State, the Child Molester and the Dark Side of Loyalty”