You have no excuses, Kal-El. But the rest...

“It was cowardly for a 6′4″ graduate assistant to witness the rape of a child by an older man and not only take no action to stop it but also not even call the police,” writes David French in the National Review.

He is, of course, referring to Mike McQueary, then a 28-year-old graduate student assistant coach for Joe Paterno at Penn State. Others have declared that it was an “absolute moral imperative” that McQueary physically intervene to stop the sexual assault.

It is interesting that the absolute moral imperative is nonetheless linked to qualifiers. French references McQueary’s size and the fact that the alleged assailant, Jerry Sandusky, is older. Some critics have focused on his gender. Still others, making the argument that McQueary failed to intervene because he didn’t take a child rape seriously enough, have suggested that he would have acted differently had Sandusky been beating, rather than raping the child. Of all the ethical debates surrounding the Penn State scandal, the question of how much scorn should be heaped on McQueary for not acting immediately to stop the rape in progress has been the most fascinating, and to my mind, the most disingenuous. It appears that every commentator, male or female, young or old, fat or fit, is convinced that would have charged in and battled the 57-year-old former wide-receiver, pummeling him into wet submission while the child escaped. Maybe. Studies and anecdotal evidence indicate that in fact, most people wouldn’t physically intervene. Perhaps sportswriters and op-ed writers are made of sterner stuff that the rest of the public.

Yes, that must be it.

None of this is to suggest that physically stopping a child rape in progress isn’t the right thing to do; it is. For his part, McQueary reputedly didn’t take any action to stop the assault,* which in order of effectiveness would be…

1. Physically stopping Sandusky
2. Shouting at him to stop
3. Going for help
4. Calling 911 immediately.

If he indeed he did none of these things, it can’t be condoned or forgiven; it can be explained: he panicked. My immediate interest, however, is exploring the theory that McQueary was absolutely obligated to physically intervene to stop the crime in progress.

If he was, then there needs to be a law. That is what laws define: moral imperatives according to the culture and society. Is that a standard we want to mandate for all citizens—that any citizen seeing a child—that is, an individual below the age of consent—being sexually violated by an adult must, under pain of indictment, trial and imprisonment, physically interrupt the act to the extent of physical violence?

Any adult? I don’t think so, and I don’t think all those “knights of the keyboard” (Ted Williams’ term, not mine) who claim that they would have rushed into the shower fists flailing think so either. So let us see if we can determine when it is an absolute moral imperative to resort to violence in defense of a child, shall we?

Here is a hierarchy of potential rescuer categories, ranked by the degree to which they should be expected to do the right thing and intervene. If it is an absolute moral imperative to do so, then all 39 are equally blameworthy if they do something instead, like call 911: 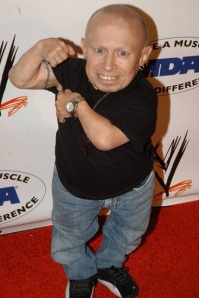 There are other variations, of course: individuals who have a phobia of showers, perhaps. What would be the obligation of Jerry Sandusky’s mother, to take another example? The same as anyone else in her category (37), higher because of the unlikelihood that he would fight her, or lower, because it is unfair to expect a mother to attack her own son?
These will do, however, to look at the problem. We will all agree, can’t we, that 1, the super-heroes, do have an absolute moral obligation. They are guaranteed of success, they have nothing to fear, and rescuing people is their job. We can also agree, can we not, that 13-38 would be acting with exemplary ethics, at very least, to try to stop the attack….but there are limits. The President would be violating his duty to do so; he cannot risk his welfare for one individual, even a child (especially with Joe Biden as Vice-President).  [Interesting thought exercise: which presidents, while in office, would have come to the rescue of the boy anyway? Teddy is obvious. Jackson, Washington…who else? Reagan? Ike? George Bush the Elder? Bill?]

If we accept that of Obama, who else can consider personal consequences without deserving our condemnation? Someone with an incipient heart condition? A pacifist? Would Gandhi (probably around 20)be obligated to fight Sandusky? What if someone at 15 or more has a large family of which he or she is the sole support? Can he or she consider that, even if it makes them hesitate, or opt to call the police instead (which still allows the rape to continue, perhaps to completion)?

Most Americans, even those who grow up large and athletic, are conditioned to avoid physical violence. Does that matter in deciding “absolute moral obligation”? If McQueary has never had a physical altercation in his life, can he be excused from avoiding one when a child is being raped? Does avoiding it make him a coward? Why? His gender? His age? His weight? His fat to muscle index? I am not even sure that 5-8 aren’t ranked unfairly high. Why do we assume that athletes are comfortable with physical violence off the playing fields and arenas?

I think the list makes clear that we do not, would not and should not hold all witnesses of a child rape equally deficient ethically for failing to intervene.

*UPDATE: McQueary now suggests that he in fact did stop Sandusky.Details are still lacking.