This comment was received on the post about the tattoo artist who tricked his cheating girlfriend into letting him draw a steaming pile of manure on her back: 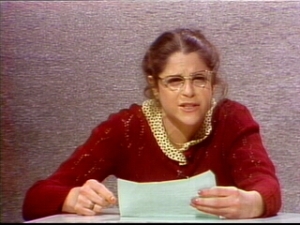 “You are all dumb. This is fake and I called it fake the first time I saw it. And guess what? The Smoking Gun did a little research and concluded that it is also fake. There appears to be no such person with the “victim’s” name in existence and nobody with the guy’s name. Further, the photo of the girl with the tattoo was first found as a submission on a blog about 18 months ago for “worst tattoo of the day”. And, further, they contacted the court in the jurisdiction where this allegedly happened and there has not been and is not any lawsuit filed with the names of either person nor about a tattoo like this. In other words, the story was made up on a website to generate hits and google ad generation (they’ve done this type of thing before).

Sort of makes all the arguments up above pointless.”

Since whoever this charming individual is didn’t include a name or a valid website, I deleted his comment, and since he had to be obnoxious while delivering this information, I’m not thanking him. But he was right, and his information was correct: the story is probably a hoax. The Smoking Gun did some digging, and exposes the deception here.

The commenter is also wrong, in several ways. Nobody is dumb. Web hoaxes are despicable and hard to catch, and especially hard for a site like Ethics Alarms to catch, a one-man, unfunded operation that is not a news source. I’m glad the commenter is puffed up with pride because he wasn’t fooled; the fact is, somebody somewhere refuses to believe every story, from moon landings to Elvis’s death. Sometimes they are right. I’m not impressed.

Mostly, however, he is wrong about the arguments generated by the story being pointless. In fact, they are exactly as valid, provocative and interesting as if the story were completely true. As an ethicist, I often deal in hypothetical, which are ethics problems in the form of stories designed to raise ethics dilemmas and provoke discussion. On Ethics Alarms I look for real events and stories that serve the same purpose, but in either case, what matters is the analysis and provoking a good discussion. The story, if false, was a terrific ethics hypothetical, allowing us to consider the balancing of betrayal and revenge, the human enjoyment of wrong-doers getting punished, even excessively, and legal issues as well.  I will  never present a false story as true here, but one of the benefits of this blog’s mission is that a hoax can spark just as rich an ethics debate as a true story. I’m sorry that I played a part in circulating a fake tale as true, and I apologize for misleading my readers. Still the commentary generated a good and valid ethics discussion.

I’m not sorry for that at all.

10 thoughts on “OK, So the Vengeful Tattoo Artist Story Is A Web Hoax. It’s Still A Great Ethics Topic.”