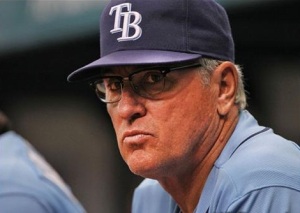 I trusted you, Joe. You broke my heart..

Organizations and institutions tell us a lot about themselves by the individuals they hold up as exemplary. To cite an example much on my mind these days, the conservative blogosphere’s canonization of the late Andrew Breitbart, master of the intentional half-truth, makes me dubious about its reliability and integrity. On  the other side of the spectrum, the fact that so many Democrats, and especially Democratic women, worship Bill Clinton reflects horribly on their values and tolerance for hypocrisy. Now, in the wake of Roger Clemens’ well-deserved acquittal for denying under oath acts that he almost certainly did, we have strong confirmation that a prominent individual Major League Baseball holds up as exemplifying, in the immortal and irritatingly pretentious words of “Terence Mann” about that corn field in Iowa, “all that once was good and it could be again”* is in truth an Ethics Dunce, and a big one at that. His name is Joe Madden, the American League’s 2011 Manager of the Year, and I am disappointed and depressed. (Yes, I have named Joe an Ethics Hero in the past.)

Maddon, we have been told by sportswriters, players and executives, stands for playing the game “the right way.” He stands for integrity and honesty. He instills in his players an appreciation of the legacy of the National Pastime, and imbues in them a determination never to disgrace their city, Tampa Bay, their team, or their game. He’s an educated man, a college grad, and a deep thinker. He is a role model in the game and out of it. I believed all that.

But it is nonsense. Oh, I’m willing to believe that Maddon is in the upper level of baseball figures, but now I know that this just indicts the rest of the sport. No wonder Roger Clemens felt he could cheat with impunity and was so indignant that anyone would call him to account. That’s what Joe Madden, baseball’s ethics exemplar,  believes.

A couple of days ago, the Rays were playing the Washington Nationals. Both teams are in the hunt for a play-off spot. When Maddon called in relief pitcher Joel Peralta to take the mound, Nats manager Davey Johnson asked the umpires to check his glove for “foreign substances,” that is, junk that pitchers sometimes try to sneak onto the balls they throw to make the pitches do loop-de-loops on the way to the plate. This is, as you might guess, against the rules. In addition to being unfair to batters, doctored pitches have an unpleasant tendency to break players’ faces.

Sure enough, Peralta had enough pine tar on his glove to make his tossed spheroids do the Macarena, and he was thrown out of the game. He will also be fined and suspended. When his pitcher was caught cheating, was Maddon embarrassed? Was he furious at the cheating player, fouling his Tampa Bay uniform?

No. Maddon was indignant at Davey Johnson.

Maddon called Johnson’s move “cowardly,” and objected to the fact that he must have relied on “inside information.” He said that Johnson was condoning “ratting out” players for cheating, and said that even players on Johnson’s own team would be angry at such a thing. And he said that using pine tar to doctor pitches—like the spitball, only better—should be allowed, because so many pitchers do it.

If Joe Maddon is a baseball role model, we now know why illegal steroids and other performance enhancing drugs were allowed to flourish in clubhouses for more than a decade. We know why not being “a rat” is deemed a higher ethical priority in baseball than reporting and stopping misconduct, and we know that “everybody does it” is regarded as justification for pronouncing dishonest and even dangerous conduct acceptable. Joe Maddon, baseball genius and exemplar, embraces the ethics system of the Mafia.

Baseball needs new heroes. When a shameless Ethics Dunce  like Joe Maddon is the best a sport can point to as a role model, it’s time to clean house.

* “Ray, people will come Ray. They’ll come to Iowa for reasons they can’t even fathom. They’ll turn up your driveway not knowing for sure why they’re doing it. They’ll arrive at your door as innocent as children, longing for the past. Of course, we won’t mind if you look around, you’ll say. It’s only $20 per person. They’ll pass over the money without even thinking about it: for it is money they have and peace they lack. And they’ll walk out to the bleachers; sit in shirtsleeves on a perfect afternoon. They’ll find they have reserved seats somewhere along one of the baselines, where they sat when they were children and cheered their heroes. And they’ll watch the game and it’ll be as if they dipped themselves in magic waters. The memories will be so thick they’ll have to brush them away from their faces. People will come Ray. The one constant through all the years, Ray, has been baseball. America has rolled by like an army of steamrollers. It has been erased like a blackboard, rebuilt and erased again. But baseball has marked the time. This field, this game: it’s a part of our past, Ray. It reminds of us of all that once was good and it could be again. Oh… people will come Ray. People will most definitely come.”

7 thoughts on “When Your Genius Is A Dunce: The Depressing Self-Outing of Rays’ Manager Joe Madden”